Will the Costa Concordia tragedy harm the cruise industry?

SALT LAKE CITY — The tragic sinking of an Italian cruise liner may have little long-term effect one of the world's most popular travel industries.

The Friday night capsizing of the Costa Concordia off the Tuscan coast has left at least 11 people dead, according to the latest reports on Tuesday. Despite the loss of life and disturbing images seen by people around the globe, analysts said a prolonged negative impact on the cruise industry, particularly in America, is unlikely.

"People just think, 'That happened in Italy, it's not going to happen when we go,'" said Linda Smith, travel consultant for Andavo Travel in Murray. "People don't think of the (negative) things that could happen."

Passengers in 2011: over 15 million Industry growth rate: 5.7 percent annually Those who book this time of year: 35 percent Loss in Carnival stock since accident: 13.8 percent

Smith noted that one of the possible issues contributing to the Costa Concordia disaster was the claim that the passengers had not been properly briefed on safety procedures.

"The first thing you do is put on your life jacket and go to your muster station," she said. "They hadn't even done that. Usually there is a lot more preparation."

Safety standards for large passenger ships grew out of a convention in 1914, two years after the Titanic disaster. The rules were eventually adopted by the International Maritime Organization — an agency of the United Nations.

Among the requirements: Ships must have public address systems for announcements to passengers; lifeboats must be fully or partially enclosed; ships must have evacuation chutes, similar to what airplanes have; and ships also must hold weekly "abandon ship" and fire drills.

International standards require that lifeboats must be capable of being loaded, launched and maneuvered away from the ship within 30 minutes of the signal to abandon ship. The lifeboats on the Costa Concordia were apparently inaccessible because of the ship's rapid tilting.

Smith said that even with incidents such as this latest disaster, cruises are among the safest travel options available.

The media coverage could also be prolonged as the 100-year anniversary of the Titanic is in three months.

The Cruise Lines International Association, an industry trade group, said on its website that more than 15 million passengers traveled on its member cruise lines in 2010, with that number expected to climb to more than 16 million in 2011. The trade group counts 26 cruise lines among its members — including Costa and its parent company, Carnival Corp.

The cruise industry has grown significantly in recent years. The industry's capacity has grown at an annual rate of 5.7 percent from 2005 to 2010, according to Carnival's regulatory filings.

Carnival holds a large chunk of the cruise market — claiming to carry almost half of the world's cruise passengers in 2010. The company has 100 ships in the fleets of its various brands. Carnival is the parent of 10 cruise lines, including Costa Cruises, Holland America Line and Princess Cruises.

In the days after the disaster, shares of cruise operators declined with analysts questioning whether the capsizing of a Carnival Corp. vessel would hurt travel. 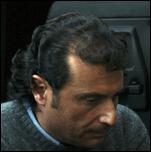 Number of missing raised to 29 in Italian cruise disaster

Italy's cruise liner tragedy turned into an environmental crisis Monday, as rough seas battering the stricken mega-ship raised fears that fuel might leak into pristine waters off Tuscany that are part of a protected sanctuary for dolphins, porpoises and whales.

Greg Badishkanian of Citi Investment Research said in a memo to clients that the Costa Concordia accident could have a negative effect on shares of Carnival and rival Royal Caribbean Cruises Ltd., as it took place during the cruise industry's busiest booking period of January through March, commonly known as "wave season."

"The media coverage could also be prolonged as the 100-year anniversary of the Titanic is in three months," he added.

Rothman said the bad press will probably "be a severe headwind to bookings in the months ahead," adding that wave season can make up close to about 35 percent of annual bookings.

Badishkanian said cruise booking volumes likely fell 6 percent to 10 percent over the past few days, but stressed that the decline is within normal day-to-day volatility. Pricing is still firm and there has been no material increase in cancellations, he added, "which means there is no major passenger fear of cruising thus far."

The cruise industry as a whole is pretty healthy, said Florida maritime law attorney Jack Hickey. But one cruise line should expect a significant hit in 2012, he said.

"It might affect bookings on Costa in the near term, certainly over the next year," Hickey said.