SALT LAKE CITY — Critics are blasting a decision by state regulators to allow EnergySolutions to take up to 40,000 cubic feet of blended waste in advance of conducting a site-specific performance assessment at its Clive facility.

“It’s appalling that Utah regulators will allow significant quantities of hotter radioactive waste to come to the west desert while they study whether it’s safe to dump it here or not,” says Matt Pacenza, HEAL Utah’s policy director. 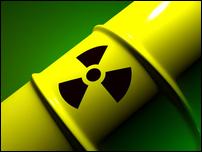 Rusty Lundberg, director of Utah's Division of Radiation Control, said the decision is consistent with federal policy on blended waste and the Radiation Control Board's policy adopted earlier this year. That policy requires a performance assessment if the waste exceeds 10 percent of the source of total radioactivity over the life of the site.

The waste that will be allowed at EnergySolutions' Clive facility in Tooele County, he added, represents less than 1 percent of disposal site's total annual volume and does not exceed what the facility is licensed to accept in terms of radioactive classification.

Critics, however, say it is folly and bad public policy to allow EnergySolutions to accept the waste and then do the assessment.

"The more we think about it, this is all a facade: Make it sound like you are studying something, but go ahead and let the company do what it wants anyway," Pacenza said, adding that Gov. Gary Herbert should step in and intervene.

"Our regulators have failed us," said Pacenza. "It's obviously bad policy to let hotter nuclear waste in — before you've even done your study to figure out whether it's safe or not."

Our regulators have failed us. It's obviously bad policy to let hotter nuclear waste in before you've even done your study to figure out whether it's safe or not.

HEAL Utah's criticism was joined by Brian Moench of Utah Physicians for a Healthy Environment; Patrick Cone, a former Radiation Control Board member; and Steve Erickson with the Citizens Education Project.

In February, EnergySolutions formally applied for state permission to begin bringing blended waste — now rebranded as SempraSafe — to Utah. Late Monday afternoon, the state issued its decision to order the technical review of the SempraSafe proposal. The SempraSafe process is a joint venture between EnergySolutions and Studsvik to process U.S.-generated low-level radioactive waste through the THOR process — a super-heating of the resins designed to create a more physically stable waste stream.

Mark Walker, spokesman for EnergySolutions, said the company looks forward to working with the Division of Radiation Control and will have the assessment completed within the deadline set by regulators.

Lundberg said EnergySolutions has until Dec. 30, 2012, to submit a revised performance assessment for the blended waste because of the large volume of treated waste the company seeks to dispose at its facility.

A public comment period on the need for a revised performance assessment will be held in January.