SALT LAKE CITY -- President Obama announced Monday that the Bush era tax cuts and unemployment benefits will be extended. Along the way, politicians agreed on one thing: that extending the Bush tax cuts will be crucial to low income Americans, but they couldn't agree whether to extend those cuts to those earning more than $250,000 a year.

Small business owners are caught in the middle of the tax cut debate. Their personal and business incomes are linked, and that's shaping the political debate on this issue.

"When we don't really know what's going to happen with our money, with our taxes, we get to the point where we're afraid to spend," he said.

Cascade has three locations and employs 50 people. Nichols says paying $50,000 more in taxes a year would be devastating. That's how much Cascade would pay if the Bush tax cuts expire for the highest earning Americans. 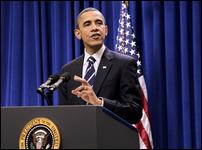 It's an uncertainty shared by 4,500 other small business owner across the state. Those business owners are lumped in with higher income Americans because of the way the original tax cut law was written.

"The profits are most of the time left in the company and the owner can only take home a portion of the profits," he explained.

Advocates for low income Utahns also want tax cuts extended but are adamant about low income and unemployment benefits, too.

Late Monday afternoon, President Obama announced all tax cuts and jobless benefits will be extended under a bi-partisan agreement; but that extension is only for another two years, which means these concerns will probably resurface then.