Members of the University of Utah football team participate in the Lawry's Beef Bowl in Beverley Hills, Calif. on Dec. 29, 2022. (Rose Bowl)

SALT LAKE CITY — Most of the national media were already penciling USC into the four-team playoff bracket and preparing for four more weeks of hyping up their revived Los Angeles blue blood program.

Remember when a FOX analyst said one of USC's April practices was the best football practice he had ever seen in his life? Yeah, four more weeks of that.

Utah had other plans.

The defending Pac-12 champions rallied back from a 17-3 deficit and not only won the conference again, but humbled USC in the process. From that point in the second quarter, Utah closed on a 44-7 run to clinch their return trip to the Rose Bowl.

I've written and spoken about it on podcasts and radio segments, but it needs to be stated once more: This program's achievements deserve more national praise.

Just a decade ago, Utah was playing in the non-AQ Mountain West, and after some growing pains with the transition up to the Power Five, they have now locked up consecutive league titles, have played in the title game in each of the last four full seasons, and led the league in NFL draft picks.

Always a top program for player development, Utah is now unlocking an even higher level of high school recruiting and just signed a top 20 recruiting class on early signing day — the best in school history.

Now the program and its fans get the reward of another trip to Pasadena and the national spotlight that comes with it. Next season, the Rose Bowl is one of the two playoff semifinal games, and the year after that the playoff expands to 12 teams. The bigger bracket locks in the Rose Bowl as an annual playoff site, which means Monday's matchup is the final Rose Bowl to feature the historic Big Ten vs. Pac-12 ties.

We know that Utah fans will flock to Southern California in droves, but this time around, their opposing fan base is matching their intensity level. Penn State fans sold out their entire ticket allotment in under three minutes and are excited to play in their fifth Rose Bowl in program history — and first since 2016.

Utah moved up four spots in 2022 Game Grader from No. 12 to No. 8 after its 23-point title win over USC. After USC's fast 17-3 start, Utah completely dominated the game. Against the Heisman winner, Utah held USC to just 4-of-17 on third- and fourth-down conversions.

Penn State enters the game with a 10-2 record and a No. 7 ranking in 2022 Game Grader. The Nittany Lions' two losses came to College Football Playoff teams Michigan (by 24) and Ohio State (by 13), but they dominated the rest of their Big Ten East opponents by an average margin of 31 points.

Penn State with the ball

Offensive line is the position group that has held back Penn State from reaching the "elite" tier in college football over the past decade. In 2021, they were held without a single 100+ yard rusher in any game. At such a traditional, hard-nosed program, that feat had only happened once in the prior 58 seasons in State College.

James Franklin and his offensive staff fixed that problem in 2022. Their pair of phenom freshman running backs, Nicholas Singleton and Kaytron Allen, combined for 1,771 yards, 19 rushing touchdowns, and a high 5.8 per carry average.

Sean Clifford closed his fourth season as the starting quarterback with essentially the same result again: a No. 4 finish in Big Ten QB rating — not elite, but good enough to help win 10 games.

Even though the offensive line shifted from a weakness to a relative strength in both pass protection (25th of 66 Power Five) and run push (16th), I think Utah's front seven creates a mismatch in favor of the Utes. I included a similar comparison in the Pac-12 title preview, but the contrast has grown even more striking after that win. According to those same opponent-adjusted metrics:

Utah will be tested against the No. 6 rated defense and one of the best secondaries in all of America.

The good news is that against USC, Utah added to their list of proven, playmaking receiving threats. USC held top wide receiver Devaughn Vele to no catches, but that allowed opportunities for Money Parks (four for 88 yards and a touchdown) and tight end Thomas Yassmin (two for 81 yards and a touchdown) to shine.

Utah will again be without their season-leading rusher Tavion Thomas, but the rest of the Utes backfield has stepped up. Look for Micah Bernard and converted quarterback Ja'Quinden Jackson to share the carries again. The NCAA's late rule change allowing bowl games to not count against the redshirt game count allows speedy quarterback Nate Johnson to suit up and deal Penn State a wild card.

Game Grader has this as virtual "pick 'em" matchup, but I will take the more proven quarterback, the more proven staff, and the program that is hungry to finish what they started here in Pasadena 366 days ago.

This game will look very different from last year's scoring explosion, but this time around, Utah wins the Rose Bowl outright. 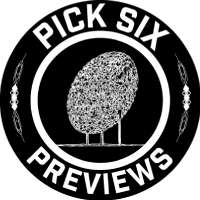