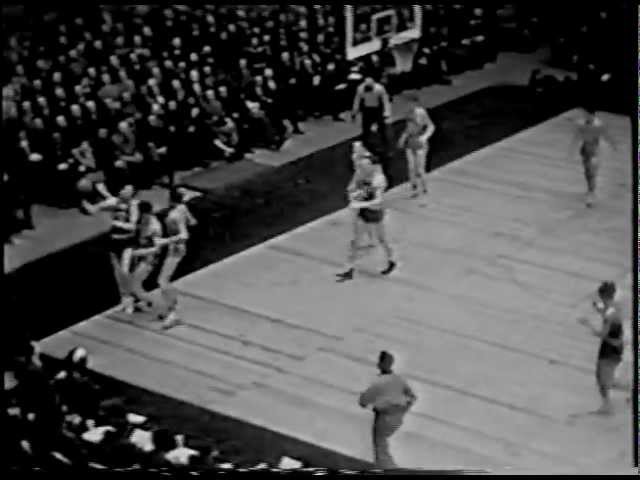 Ferrin, who was born on July 29, 1925, in Salt Lake City, and made Utah his home, died at 97 of natural causes, his family confirmed to KSL.com. He was surrounded by family at the time of his death early Tuesday morning.

His son, Tres, said all who knew his father thought of him as a "fine man" and "we're going to miss him a lot."

"Arnie Ferrin will forever be remembered not only as one of the most accomplished Utah athletes of all-time, but as a treasured member of the University of Utah family," Utah athletic director Mark Harlan said in a statement. "He made a lasting impact far beyond his athletics accomplishments, serving as athletics director for nine years and remaining a proud Utah Ute as he continued to support our athletics programs year after year."

"On a personal note, he was so kind to me and always there for helpful advice," Harlan said. "I will miss him dearly. Our thoughts are with his family and the entire University of Utah family."

Ferrin was most known for being named the Most Valuable Player of Utah's only national championship team, in 1944, when he scored 22 points against Dartmouth in a 42-40 win in overtime. It's a number that defined his playing career and became the number he wore in college through 1948. That number now hangs in the rafters of the Huntsman Center as one of seven that have been retired.

Shortly after Utah's national championship win, the team was invited by the American Red Cross to play in a showcase against the National Invitation Tournament champions, St. John's. The game was played at Madison Square Garden in New York, where Utah went on to another win.

But that 1944 championship almost didn't happen. Arkansas withdraw from the NCAA Tournament after receiving a bid due to a car accident that killed a staff member and injured two starters. Utah was called on to fill their spot and came eventually away as champions in a Cinderella story.

The 6-foot-4 Ferrin played basketball at Ogden High before he joined the collegiate ranks at his hometown school, the University of Utah, in 1943. Ferrin told the Deseret News in 2016 that "there was only one player in the conference that was taller than I was" during his freshman season.

During his senior season at Utah, Ferrin averaged 14.1 points per game on only 4.8 field goal attempts per game and is the only four-time All-American at Utah. He was part of the team that also won the 1947 NIT championship.

Ferrin played professionally for the Minneapolis Lakers after being selected No. 59 overall in the Basketball Association of America draft, though it took him some convincing to play there. In his three seasons with the Lakers, he averaged 5.8 points, 4.0 rebounds and 1.6 assists, and won two championships there — once in 1949 in the BAA and then again in 1950 in the NBA.

After his three years playing professional basketball, Ferrin left the game and eventually became athletic director at University of Utah from 1976-85, before his successor, Chris Hill, took over the role until 2018 when he retired.