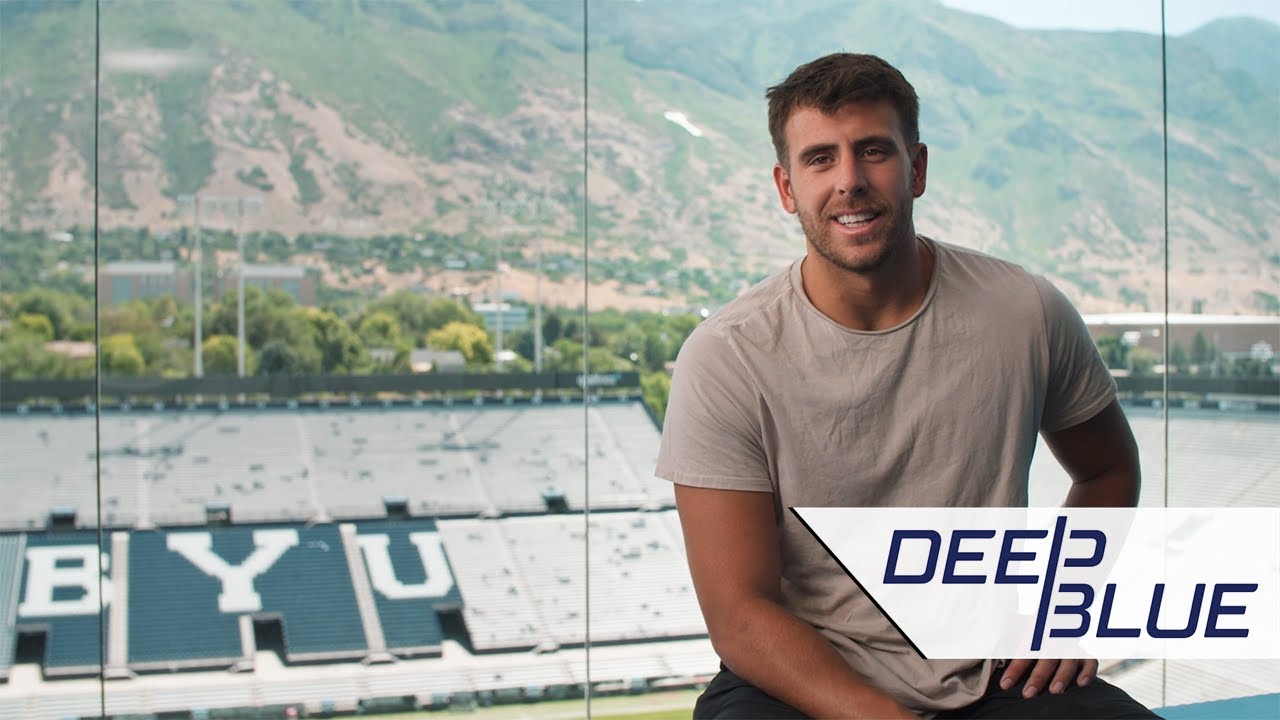 PROVO — The transfer portal giveth, and the portal taketh away.

It's not taking away BYU tight end Isaac Rex, though; neither is the NFL draft. And the portal, which saw eight former Cougars enter in the last two weeks, presented BYU with a 1,000-yard rusher on the same day,

On the same day former UNLV running back Aidan Robbins committed to BYU, standout tight end Isaac Rex announced his return to the Cougars for a fifth season.

Robbins is a 6-foot-3, 230-pound running back from Louisville who played two seasons for his hometown program in the ACC. After earning his degree in three years, he transferred to UNLV, where he became the Rebels offensive leader with 1,011 rushing yards and nine touchdowns and another 125 receiving yards and a score.

That includes back-to-back 100-yard rushing games in losses to San Diego State and Mountain West champion Fresno State, and another 87 yards on 20 carries in a 27-22 win over Fremont Cannon rival Nevada.

Robbins will be a graduate senior academically, but he has two seasons of eligibility due to a free season playing during the COVID-19 pandemic in 2020. Which may explain why he announced his commit on Twitter saying, "Here's to more life."

Robbins' commitment was the first for BYU on a day where the biggest may have come from in house.

After leaving his status for next season up in the air all season, Rex announced Monday on Instagram that he would return to Provo for a fifth year of eligibility. The fourth-year redshirt sophomore battled back from a gruesome ankle injury suffered at the end of the 2021 season to post a team-high 22 catches for 320 yards and six touchdowns by a tight end in 2022.

His total catches ranked tied for fifth on the team, yards sixth, and touchdowns tied for second behind Keanu Hill.

A native of San Clemente, California, the son of former BYU star tight end Byron Rex redshirted the 2019 season after returning from a two-year mission for The Church of Jesus Christ of Latter-day Saints in Samoa. He exploded on the national scene during the Cougars' 11-1 campaign of 2021, when he tied for No. 1 in the national with 12 receiving touchdowns and 72 points scored by a tight end.

A year later and with a new quarterback in Jaren Hall, Rex played in all 12 regular-season games, catching 18 passes for 191 yards and three touchdowns before going down with a gruesome ankle injury that required multiple surgeries to repair and led to the postponement of his wedding.

He played in every game a year later, catching 22 passes and being a mainstay blocking tight end on the offensive line, before finishing the year ranked No. 9 in BYU history with 21 receiving touchdowns among tight ends, tied with BYU Hall of Famer Dennis Pitta and Mike Chronister.

His 78 career receptions ranks ranks second in BYU history among tight ends, to go along with 963 yards and 21 touchdowns.

Now he wants to do it one more time in the Big 12, he said on Instagram.