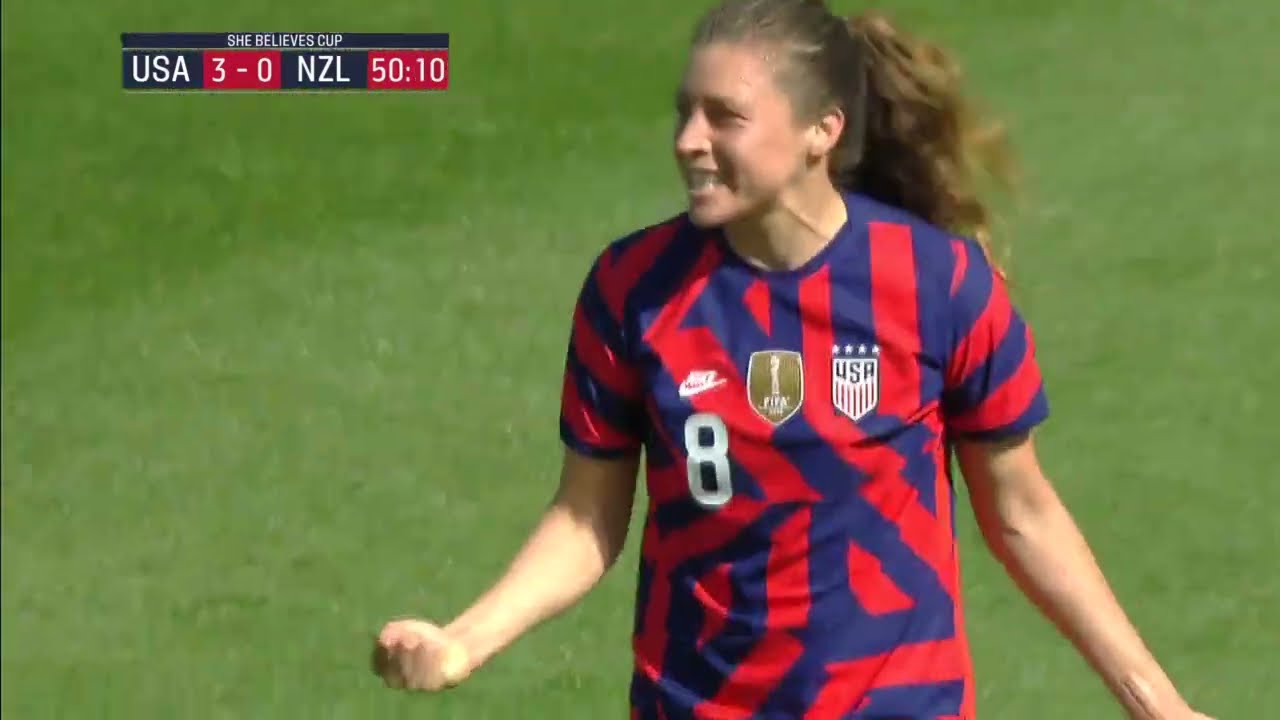 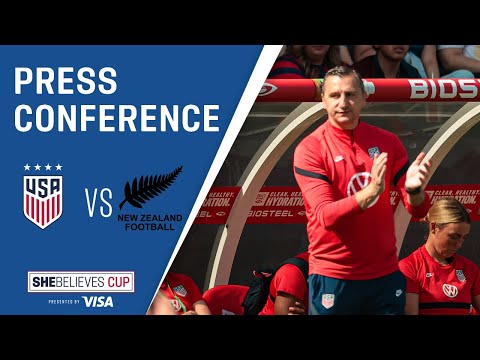 But she was a game-changer.

The former BYU star was involved in both second-half goals as the U.S. women's national team romped past New Zealand 5-0 in a SheBelieves Cup match Sunday in Carson, California.

That by itself made the prolific goal scorer — a former collegiate All-American and reigning NWSL Golden Boot winner — take notice of this particular goal and performance.

"It meant a lot," Hatch told reporters after the match at Dignity Health Sports Park. "It was a lot of fun. I think this was my first-ever goal on U.S. soil, and my family was in the stands. It meant a lot to be able to see them after the game, and of course, all the fans. It was really awesome to see all their support."

After the United States took a 3-0 halftime lead on three own goals by the Football Ferns, Hatch entered the match as a second-half substitute and immediately left her mark. The NWSL champion with the Washington Spirit connected with Sofia Huerta's cross from the right wing, heading home her third goal in as many appearances to put the United States up 4-0 in the 51st minute.

"Continuing her run of form," ESPN color analyst Julie Foudy said of Hatch's goal, her third straight in U.S. colors. "There she is as we've seen her do so many times on the professional level, finding herself in a good position in the box — and doesn't mistake it."

The Gilbert, Arizona, product who debuted for the United States in a 2016 friendly at Rio Tinto Stadium also propelled a ball forward with her head in stoppage time that Mallory Pugh turned into the fifth goal in the 93rd minute. The 23-year-old forward split two defenders and finished off the breakaway that set the final margin.

The USWNT was coming off a disappointing scoreless draw with the Czech Republic on Thursday but seemed to find a spark it needed in Hatch, who has scored in three consecutive appearances for her home country.

She scored just 24 seconds into the match on Nov. 27 to set up a 3-0 win over Australia, then finished off another just 3:16 after kickoff three days later in a 1-1 draw with the Socceroos. That followed her next appearance Sunday, when Hatch needed just 5:12 to score.

"I'm always happy with the opportunity," Hatch said. "It's a competitive team, and everyone is doing their best to solidify their spot on the team.

"With the young group coming in, everyone wants to prove themselves."

Hatch is making the most of her limited — but growing — opportunities with the national team. The 26-year-old forward made just her fifth appearance with the United States on a young squad at the SheBelieves Cup. For example, Huerta only had nine caps before Sunday's appearance and Trinity Rodman — Hatch's teammate at Washington who played a significant role Sunday — was making just her second appearance.

"I think they've done well every time they've been on the field," U.S. coach Vlatko Andonovski said. "We know that all of them are single-digit caps, and the most important thing is for them to get minutes and to start feeling comfortable on the field, to get a good feeling for an International game.

So, good job, good effort. But Hatch knows she still has a lot to learn and to prove in her current international environment.

"There are definitely things I need to improve on," she said. "But any opportunity I get, I'm going to challenge myself … and do my best with every opportunity that comes my way. I think that's the best thing that I could do at this moment."

The United States next plays Wednesday against Iceland. Kickoff is scheduled for 7 p.m. MST.