ST. GEORGE – "Has it really been that long?" 76-year-old Tony Pryatel, of Apple Valley, said when he read the email registration he got from the St. George Half Marathon.

This year, on Saturday, the St. George Half Marathon will celebrate 40 years running, and Tony Pryatel was there for the very first race, held in 1982. So, he did what he always has done — he signed up for the race, along with his wife, Debbie Pryatel, 71, who will be participating in the 5K.

It started as a small-town race, back when St. George was what many would consider a small town. In fact, it was the lure of the small-town feel that brought Tony Pryatel to the start line that day.

"At the time, we were living in Las Vegas, and we were both from smaller towns," Tony Pryatel recalled. "We missed the small-town feel, and with St. George not being too far away, it sounded like a great place to get away, and to run."

Tony Pryatel, who was 36 at the time, had only been running a few years, after being inspired by an employee of his.

"I was a heavy equipment operator running a trench machine, and there was a guy working for me who was 40 years old, who was doing much better than I was, with more energy," he recalled. "I was 215 pounds at the time, and I thought I was pretty strong, but this guy had a lot more energy than I did, and he was older. I asked him what kept him so fit, and he told me that he was a runner."

He said he began training and eventually got to where he could not only run the half-marathon distance, but do it quite well.

In fact, the first time he ran the St. George Half Marathon, he finished in 1 hour, 29 minutes, which is less than a seven-minute-per-mile average. Tony Pryatel said he loved the experience so much that he decided that he wanted to run the race every year.

His wife joined him the following year, and the two of them have been running the race — whether it is the half-marathon or 5K — every year since.

The couple said that having this "hobby" they do together has kept them close, which is evident in their 55-year marriage. They also said that running has likely kept at least one of them alive.

"In 2010, I was diagnosed with a brain tumor," Tony Pryatel said. "I spent six weeks at the hospital, twice, for treatment. The nurses said that running is probably what saved me."

The year the tumor was discovered, Tony Pryatel ran the St. George Half in January and had the tumor removed in August. He said that while he was in the hospital, he and his wife walked around the nearby river.

"He's our Superman," Debbie Pryatel said. "We're all pretty proud of him."

Both Tony and Debbie admit that age has been a factor in slowing them down on the race course, but they don't plan on stopping anytime soon.

"Running is kind of a hobbie these days," Debbie Pryatel said. "You're going to get out of it what you put into it, and we have gotten a lot out of running and plan on getting a lot more out of it as time goes on." 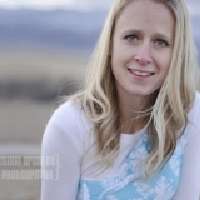