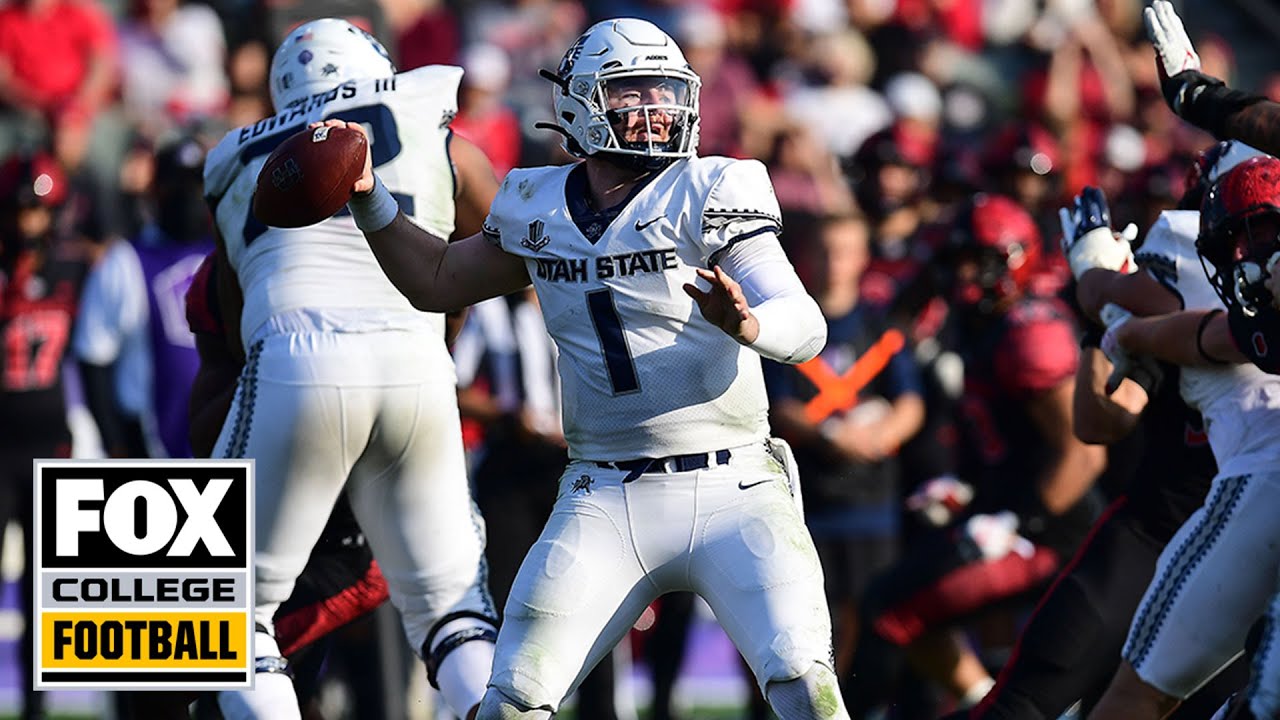 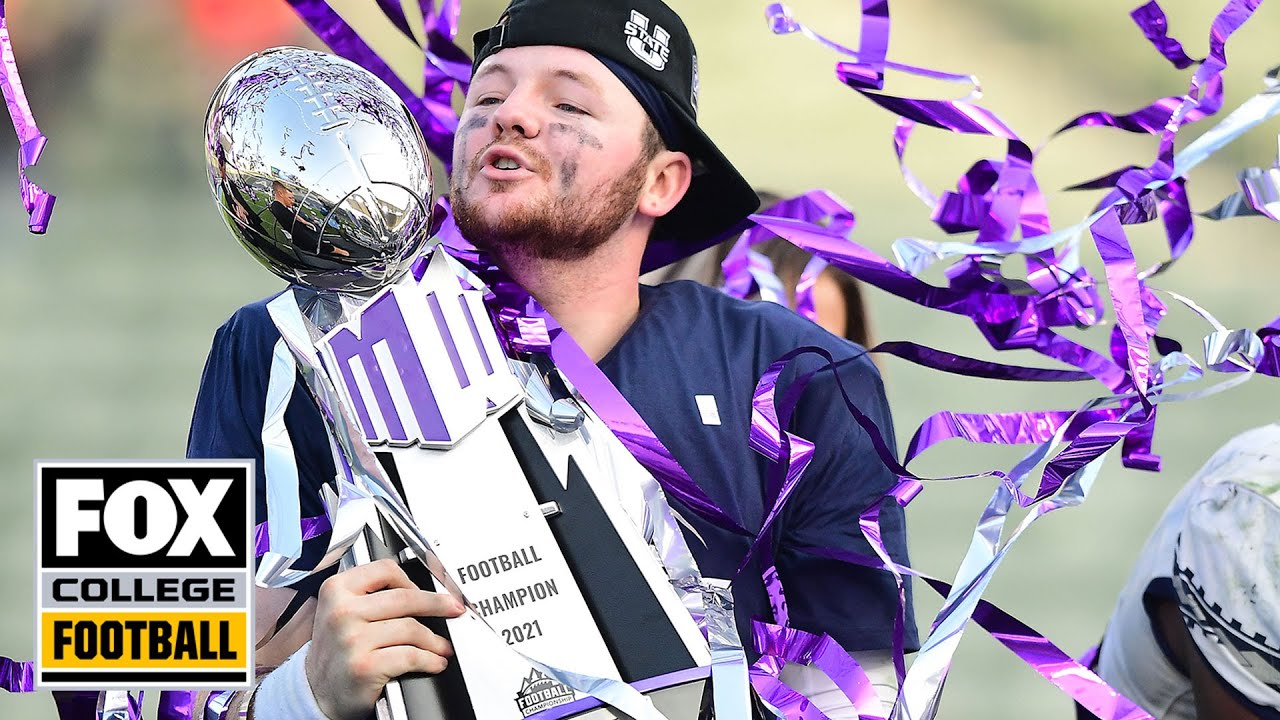 The Aggies were accused of sneaking into the championship game because they played an easy schedule. They were snubbed on several postseason accolades, and they faced the 19th ranked team in the country.

None of that mattered.

Utah State's defense stymied the Aztecs offense and the Aggies scored more points on San Diego State than anyone all season. Utah State's special teams unit blocked two punts and recovered a muffed one. And Utah State coasted to a 46-13 victory over San Diego State to win its first Mountain West Conference championship.

The Aggies will now play in the Jimmy Kimmel LA Bowl against a Pac-12 school on Dec 18. Utah State's opponent will be made known sometime Sunday.

"The only people that really truly believed we could do this were the guys in the room," head coach Blake Anderson said. "Just across the country, all the conversation and all the chatter was really about San Diego State. I think we used that just to fuel our week of prep. They did everything I asked them to do to prepare this week, and I felt very confident that they'd come in and play their best ball, and we played our best ball when we had to have it."

Utah State was projected to win just 3.5 games at the beginning of the season and were underdogs in seven games, and it seemed like Anderson's team was overlooked the moment he stepped off the plane from Jonesboro, Arkansas, to Logan in December. Now, they are indisputably the best team in the conference.

"You know, none of us really saw this coming. I mean, this was always the goal — it always is, we just don't talk about it," Anderson said. "I couldn't be happier doing what I do every day with this group that I'm around.

"But yeah, it's fun to see those guys want to lift the trophy. They deserve it."

Utah State made it very clear they were deserving of that trophy, particularly on the defensive end.

Spearheaded by senior defensive end Nick Heninger, who said earlier in the week he'd rather win the championship then make the NFL, the Aggies spoiled anything quarterback Jordan Brookshire and the Aztecs offense tried to do. Chants of "Aggie defense" even rang out from the Utah State faithful all second half long at Dignity Health Sports Park.

The Aggies held San Diego State to 148 yards on the ground and 167 yards through the air. Brookshire was sacked five times and the Aggies forced eight tackles for loss. Heninger seemed to be the first one breaking the pocket nearly every snap and finished with one sack, one TFL, and two pass breakups.

Utah State's other defensive end, Texas transfer Byron Vaughns, won defensive player of the game with 2.5 TFL's and 1.5 sacks. The defense came up with several big plays in the red zone to hold San Diego State to one touchdown.

"I loved the collective effort by the defense," Anderson said. "It was a different guy every play. It was Marcus (Moore) it was Hale (Motu'apuaka), Heninger, obviously Byron (Vaughns) had a great game."

Utah State started out slow, with three three-and-out series and a missed field goal in the first quarter. But from the second quarter onward, the visiting team had their way with San Diego State.

Logan Bonner finished the game 29-of-42 passing for 318 yards and a Mountain West Conference championship record of four passing touchdowns. His 5-yard touchdown pass to Derek Wright in the second quarter broke the Utah State single-season passing touchdowns record of 32 that was previously set by Jordan Love.

Fellow Arkansas State transfer Brandon Bowling also had a huge game and collected eight receptions for 154 yards and two touchdowns. He had a 59-yard reception to open the second half where he broke open and leaped into the end zone to give Utah State a commanding 21-3 win. The Aggies finished with 410 yards of offense.

"They're an unbelievable defense; we knew that coming in," Bonner said. "They played well here; they have unbelievable players, and we knew it was gonna be a huge challenge, but we were up for it. We talked about it all week how if we play our ball and we dominate, we can play with anybody; and I think we showed that today."

The Aggies began to show their dominance in the third quarter when Bowling pulled down a reception for a touchdown and then a special teams error gave the Aggies more points. After Utah State's defense forced a three-and-out, Aztecs punter Matt Ariaza kicked the ball off his blocker's helmet and the ball went out of bounds for a safety.

Bonner was later picked off by Patrick McMorris, who returned it deep into Aggies territory. But the defense stepped up and Michael Anyanwu broke up a pass in the end zone to force San Diego State into a field goal. On the ensuing Aggies possession, Utah State was forced to punt after a three-and-out, but the Aztecs fumbled on the return and Jadon Smith recovered the ball for the Aggies.

Moments later, Bonner connected with Bowling for an 18-yard touchdown to make it 29-6, and the rout was on.

The Aggies tacked on two more touchdowns in the fourth quarter to extend the lead and come away with its first Mountain West Conference title.

Utah State will return to Los Angeles in two weeks, with a chance to finish the season with 11 wins.