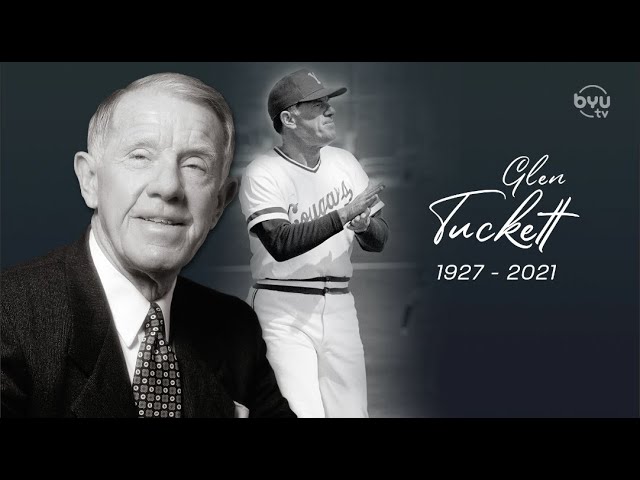 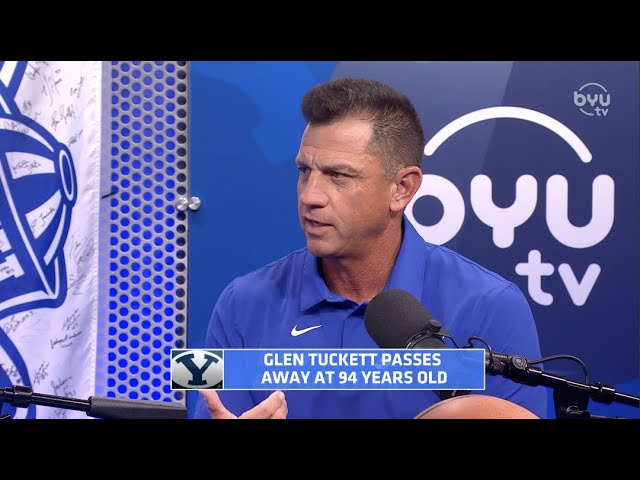 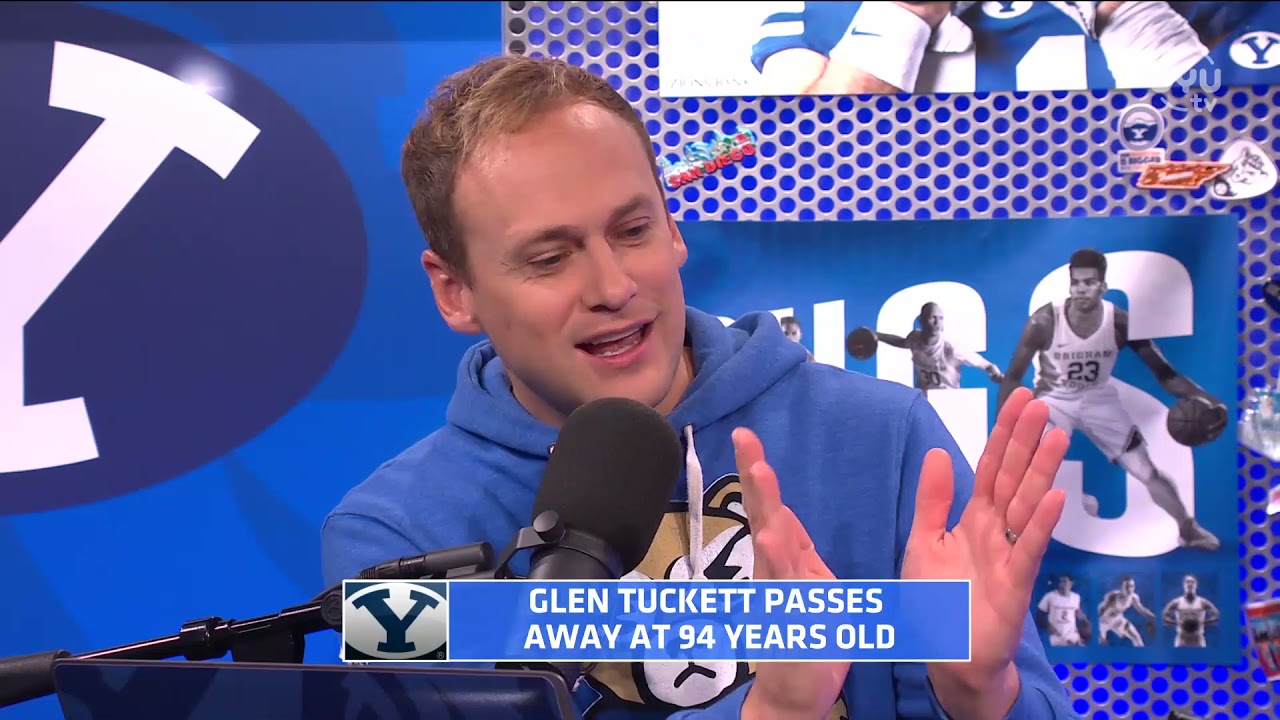 PROVO — The architect behind BYU athletics that led the school to national prominence during 17 years at the helm has reunited with his equally legendary football coach.

"I was one of a handful who worked with him his entire time as BYU athletic director," Zobell said, "and privileged he called me 'almost like a son,' though I didn't play baseball for him."

Tuckett, who grew up in Murray, lived in Provo and was heavily involved in the BYU athletic department — even attending the Cougars' baseball scrimmage as late as the week before his passing.

Coach Glen Tuckett, 93, passed last night at his Provo home after a stroke. Funeral Nov. 6, viewing Nov. 5. I was 1 of a handful who worked with him his entire time as BYU AD & privileged he called me "almost like a son," though I didn't play baseball for him. #GoCougs#ReptheYpic.twitter.com/ttbPEs3Qie

"Coach Tuckett was out at the field last Wednesday; I had a chance to talk to him for about 30 minutes, and it was nothing about baseball," BYU baseball coach Mike Littlewood told BYUtv Tuesday morning. "He talked to me about Taylorsville, where I grew up, his time at West High, and Murray. Then he watched a little bit of our scrimmage.

"The thing I remember about him the most was how he impacted people on a personal level, from the 60s when he was coaching here through our team. He would get with our guys like Andrew Pintar in the hallway and just ask questions that most people don't ask. The impact he had on so many people."

Tuckett was preceded in death by his wife, the former Josephine Whittaker, who died June 25, 2020. The two were married in 1959 in the Salt Lake Temple of The Church of Jesus Christ of Latter-day Saints. Glen and Jo were the parents of four daughters — Alison, Shannon, Kendall and Erin — as well as grandparents to 10 and great-grandparents to 14.

"We offer our heartfelt condolences to the Tuckett family at Glen's passing and want to express our immense gratitude for everything he did for BYU Athletics," BYU athletic director Tom Holmoe said in a statement. "The awards and statistics during Glen's tenure speak for themselves. What Glen did here was remarkable, and much of the success we experience here today can be traced back to the foundation Glen helped lay."

Born in 1927, Tuckett spent nine years in professional baseball — including with the Salt Lake Bees — before beginning his coaching career in Salt Lake City at West High.

He came to BYU in 1959 as an assistant football coach and head baseball coach at a time when such crossover wasn't uncommon. But his acumen on the baseball diamond quickly rose BYU's baseball program to prominence.

Tuckett finished his 17 seasons without a losing season, winning 13 division titles and three conference championships, leading the Cougars to a 445-256-4 record with seven NCAA District 7 titles and two berths in the College World Series in 1968 and 1971.

Among Tuckett's proteges was Doug Howard, the Salt Lake City native who was drafted by the Chicago Bulls in the NBA and the California Angels of Major League Baseball and went on to a seven-year pro baseball career after setting seven school records.

Tuckett was named head coach of the United States team ahead of the 1974 World Amateur Baseball Tournament, which the Americans won for only the second time in the 27-year history of the event. He went on to be named president of the American Baseball Coaches Association I n1977, and two years later was inducted into the ABCA Hall of Fame prior to his retirement as the ninth-winningest baseball coach in the NCAA.

"He changed my life," Dane Iorg told the Deseret News during a 90th birthday celebration for Tuckett. "I could never call him Glen or Brother Tuckett. It was always Coach."

In 1976, Tuckett took over as athletic director at BYU, replacing legendary basketball coach Stan Watts. He served in a variety of NCAA functions during his tenure over the next 17 years, including the NCAA television committee and College Football Association (CFA) executive committee.

He also presided over the program during legendary college football coach LaVell Edwards' promotion to head coach, and was the athletic director during 16 of Edwards' 22 bowl appearances, as well as the 1984 national championship. Other accolades under Tuckett's tenure include Ty Detmer's Heisman Trophy in 1990; 16 Western Athletic Conference all-sports titles; and the 1981 NCAA men's golf championship, the first outright national championship in a team sport in BYU history (the Cougars tied for the 1970 men's track and field championship with Kansas and Oregon after the initial title was vacated by Cal for the use of an ineligible athlete).

"1980-81 was a storybook athletic year at Brigham Young University," Tuckett later said. "Someone once stated that there is no 'letter I' in the word 'team.' The culmination of this great year came when the first-place NCAA golf trophy was awarded to the best golf coach and the finest golf team in the United States."

A 1982 inductee into the BYU Hall of Fame, Tuckett went on to serve as athletic director at the University of Alabama from 1995-96 and was inducted into the National Association of Collegiate Directors of Athletics (NACDA) Hall of Fame in 1995.

A funeral will be held Nov. 6, with a public viewing the night before, Zobell said.