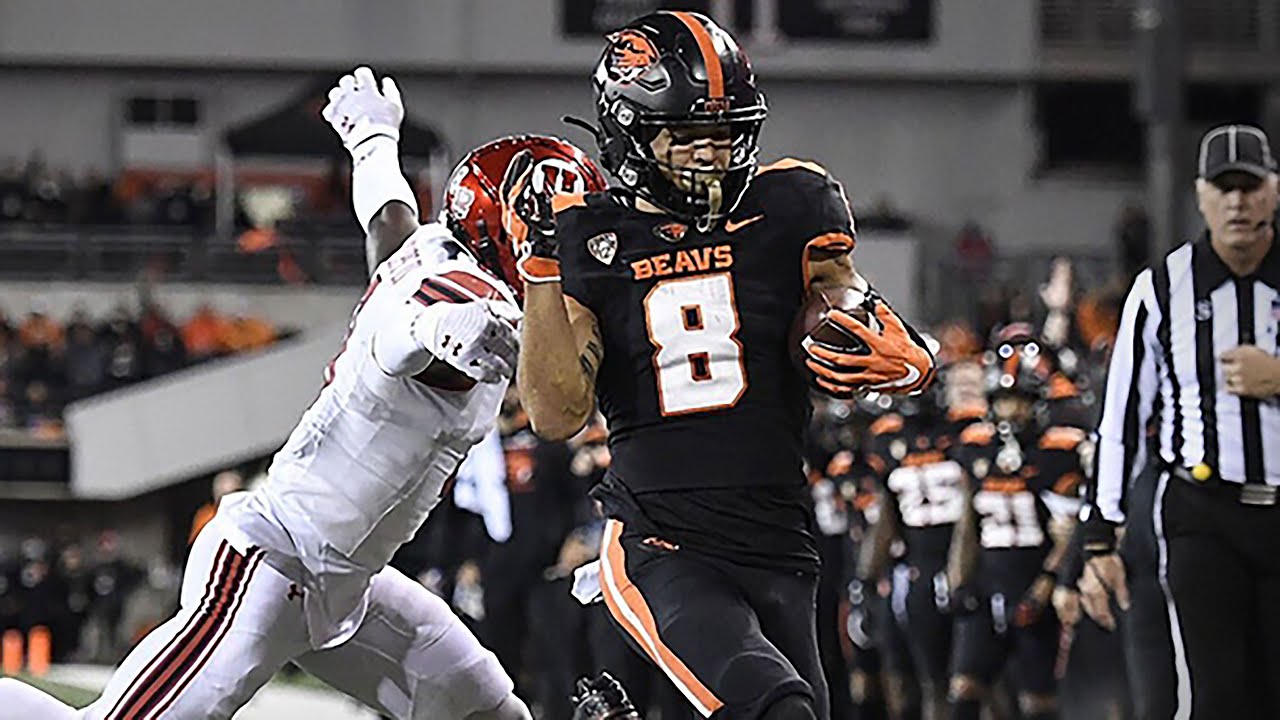 But Oregon State had other plans in a vital game for both programs for their respective division races as the top teams.

The Beavers scored two quick touchdowns to start the third quarter en route to a 28-point second-half performance to give the Utes their first loss of conference play and come away with a 42-34 win at Reser Stadium in Corvallis, Oregon.

Oregon State (5-2, 3-1) entered the matchup leading the conference in rushing yards, and it was every bit as impressive once the Beavers started rolling Saturday night. The Beavers finished with 260 rushing yards against a Utah (4-3, 3-1) defense that couldn't contain the run, and was only exacerbated when star linebacker Devin Lloyd was forced to leave the game after he was called on a targeting penalty.

In total, seven players added to Oregon State's rushing attack, but it was conference-leading running back B.J. Baylor who finished with 152 yards on 19 carries to give the team a spark. In the second quarter, Baylor escaped on a 68-yard run down the sideline before Utah's Faybian Marks tackled him at Utah's 1-yard line.

The run, which was followed up one play later on a 1-yard toss from quarterback Chance Nolan to Jack Colletto, kept Oregon State in a game in which Utah started out hot.

Opening up the game, Utah looked like a team ready to build off its upset win over then-No. 18 Arizona State last week. Quarterback Cam Rising and the offense scored two quick touchdowns to take a 14-0 lead — a 14-yard reception from Micah Bernard and an 11-yard reception from Brant Kuithe — to make it six straight possessions where the Utes have scored a touchdown.

As good as the Utes started, Oregon State was simply better all night. And once the Beavers started to build momentum, there was no stopping the rushing attack and what the home wanted to do.

Even when Utah took an early 14-0 lead, the Beavers never blinked and marched down the field on a 12-play, 75 yards drive that was capped off when Anthony Gould found the end zone on a 14-yard rushing touchdown to give the Beavers their first score of the night. And before long, Oregon State was off to the races and the scores followed suit.

Oregon State opened up the second half with a touchdown from Trevon Bradford, who caught an 11-yard pass from quarterback Chance Nolan to open the third quarter, and then minutes later it was followed up on a touchdown from Luke Musgrave on a 27-yard return after he blocked a punt by Utah's Cameron Peasley.

The punt was the first of two blocked on the night, but the Utes managed to get the ball back after Oregon State was penalized for having two players on the field for the same number. But Utah's second chance ended with a missed 52-yard field goal attempt by Jordan Noyes to highlight a poor night for the special teams unit.

Utah running back Tavion Thomas, who has taken over the bulk of the carries in the running back room, finished with a team-high 74 yards on 21 carries and had two touchdowns in the game, including a 1-yard rushing touchdown in the third quarter to reclaim the lead, 31-28.

But Oregon State couldn't be stopped and Baylor scored minutes after Utah's missed field goal attempt on an 8-yard run to seal the victory for the home team.

But the second half belonged to the Beavers and its dominant run game.