Jacksonville Jaguars kicker Matthew Wright (15), center, celebrates after kicking a field goal to win the match during the second half of an NFL football game between the Miami Dolphins and the Jacksonville Jaguars at the Tottenham Hotspur stadium in London, England, Sunday, Oct. 17, 2021. (Matt Dunhan, Associated Press) 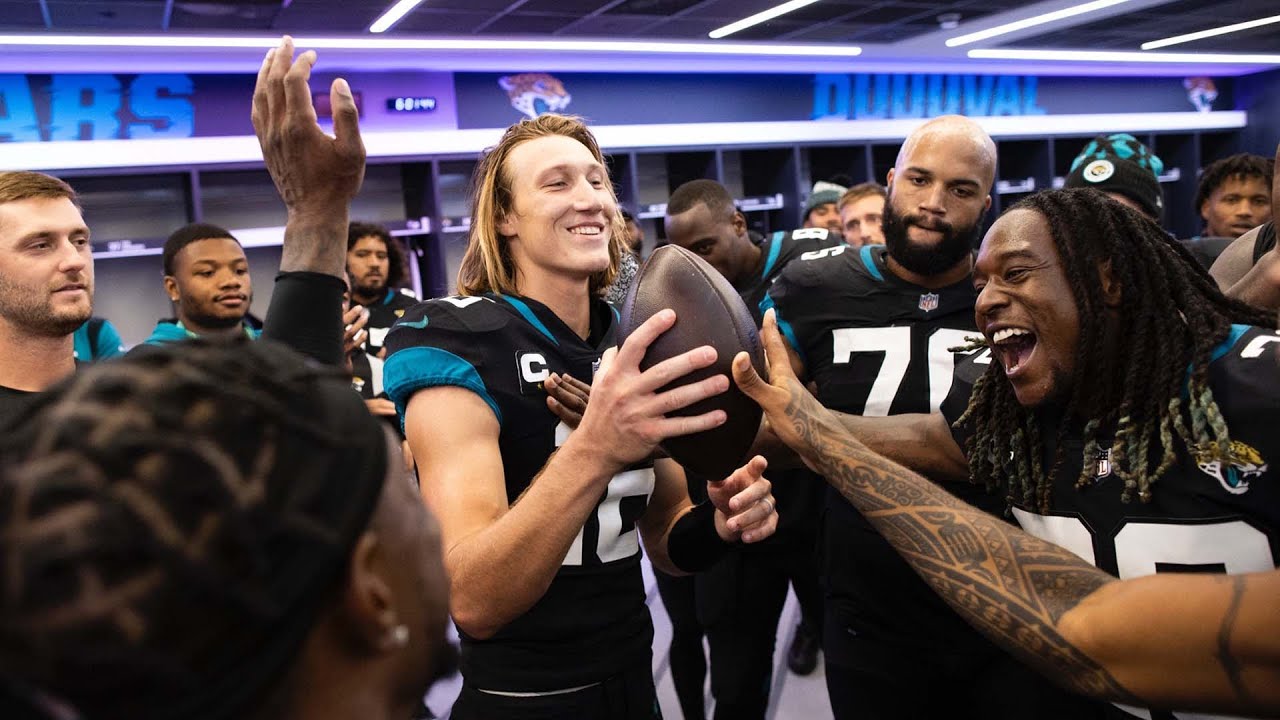 AROUND THE SHIELD — With just over a minute left in the third quarter and his Dolphins trailing Jacksonville 17-13, Miami quarterback Tua Tagovailoa hurled a perfect dart down field, connecting with a pair of hands perfectly and precisely.

The only problem? Those hands belonged to Nevin Lawson, the Jaguars' recent signing who playing in just his third game with the franchise as they visited London.

It was just the second interception on the season for the league-worst Jaguars — the fewest in the NFL — but it belonged to Lawson, the first in his career.

The eighth-year veteran from Utah State had his most productive game in a Jags uniform with four tackles, two pass breakups and the interception with an 11-yard return that helped Jacksonville to its first regular-season win since the first game of the 2020 season.

It was also the first NFL win of former Utah coach Urban Meyer's career, and the first for quarterback Trevor Lawrence, the top pick in April's NFL draft.

"I just know I love these players and it was great to see their faces after the game."

Tagovailoa went on to give the Dolphins a 20-17 lead with a 2-yard strike to Jaylen Waddle to open the fourth quarter. But Matthew Wright booted a 54-yard field goal with 3:40 remaining to tie the game, then smashed a 53-yarder as time expired to end the Jaguars' 20-game losing streak — the third-longest skid in NFL history and the longest since the Buccaneers' 26-game skid from 1976-77.

"We hate losing, and it's been tough," Lawrence said. "We've had some games that we felt could've gone our way and didn't. So to get a win, especially in that fashion, it feels good.

"I keep telling everyone to stick with us. We'll be fine, and going into a bye week, it's exciting for sure."

But before all that, Lawson made perhaps the biggest play in his eight seasons in the league. At the very least, his drive-ending pick off Tagovailoa was his first interception in eight years. The former Aggie cornerback was signed by the Jaguars a month ago after spending the first two games of the season on the suspended list with the Las Vegas Raiders for violating the league's policy on performance-enhancing drugs.

Lawson and Meyer weren't the only people with ties to the Beehive State to celebrate on NFL Sunday. Here's a look at how other former Utah high school and college standouts fared in Week 6 of the 2021 season.