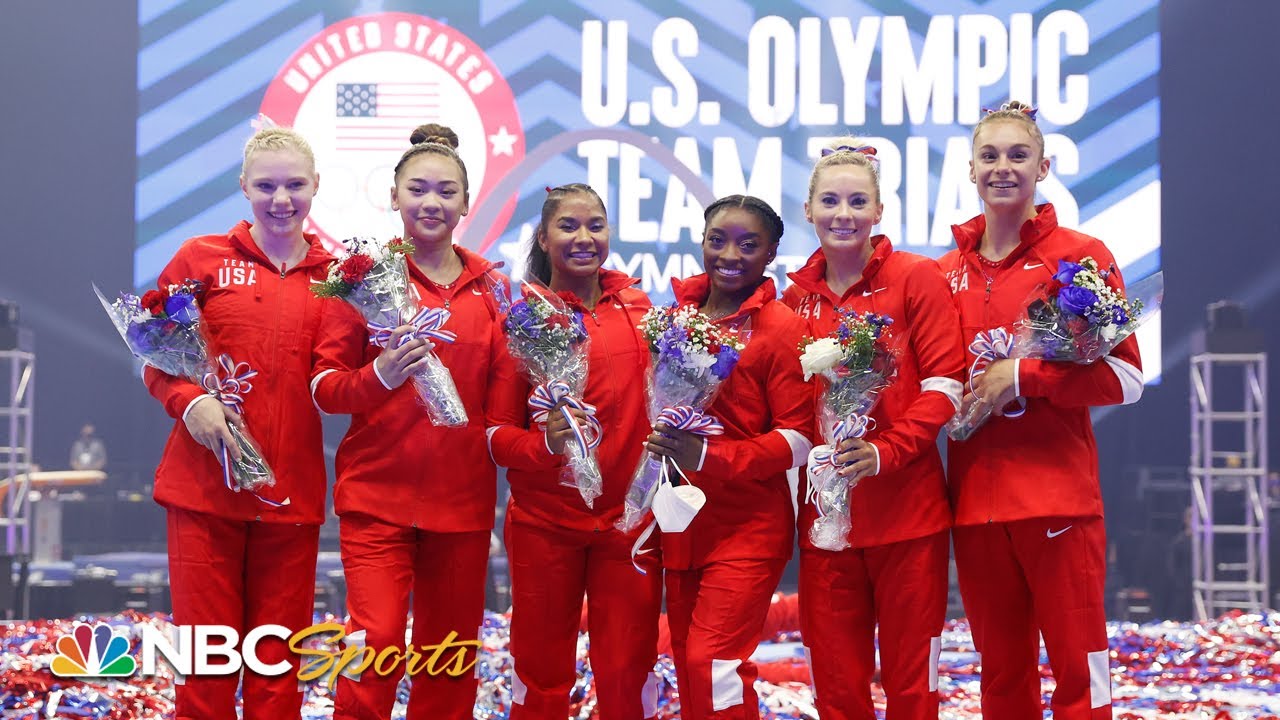 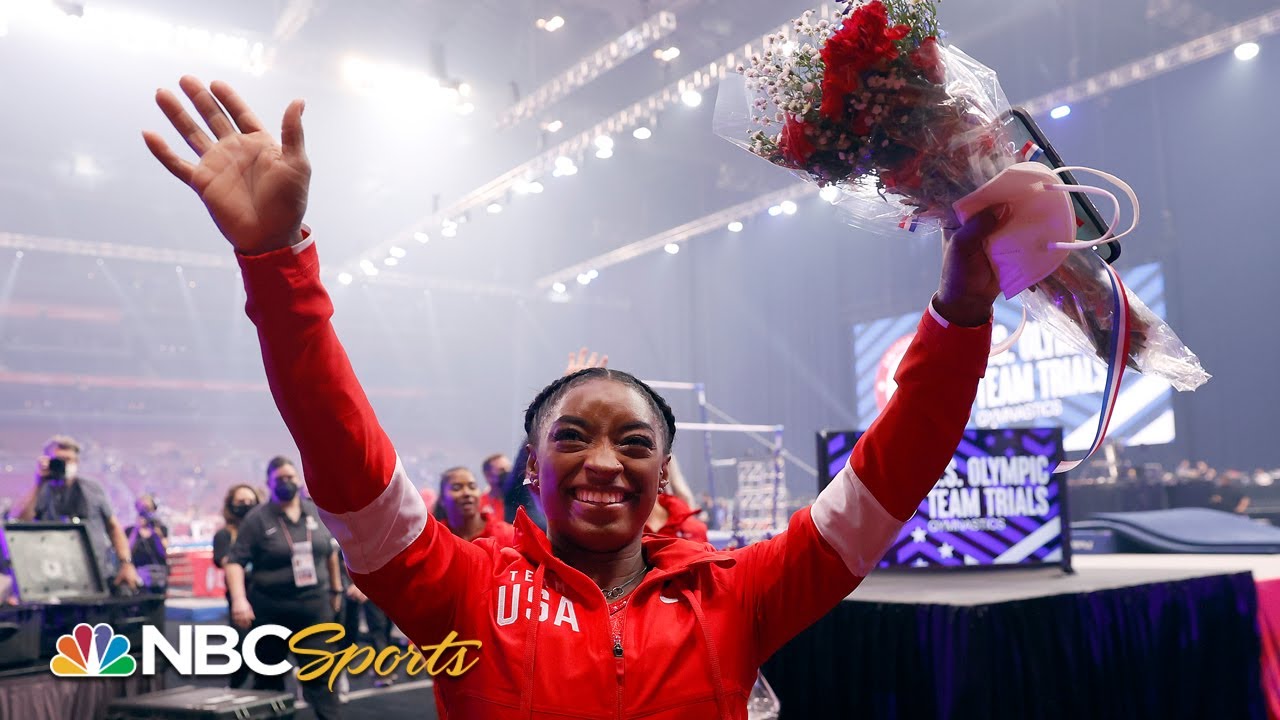 The reigning world and Olympic gymnastics champion locked up her spot in Tokyo by easily winning the U.S. Olympic Trials on Sunday night. The 24-year-old's two-day total of 118.098 earned her one of two automatic spots on the plane to Japan next month, where she will try to become the first female gymnast in more than 50 years to win consecutive all-around Olympic golds.

Sunisa Lee also grabbed the other automatic bid with a 115.832 while posting the top scores on beam and uneven bars and actually putting up a higher all-around score than Biles on the night.

Jordan Chiles — who hasn't fallen in 24 routines in 2021, something even Biles can't say — is also heading to Tokyo two years after it appeared her elite career might be in jeopardy.

Grace McCallum rounds out the four-woman team after coming in fourth during trials.

MyKayla Skinner, an alternate in 2016, will go as a specialist. The 24-year-old will be a threat to medal on vault.

Biles' teammates will have a front-row spot to what promises to be one of the biggest spectacles in the Games.

Memories that will last forever. 💫

Congratulations to the women who have earned a spot on @TeamUSA for the Tokyo Olympic Games!

Biles will arrive in Tokyo as the face of her sport, U.S. delegation and perhaps the Olympic movement. She's become more than just a gymnastics star since her coronation in Rio in 2016. Her consistent excellence — her last second-place finish in a meet came more than nine years ago — combined with her charisma and her possibility-pushing routines have thrust her into the company of Michael Phelps and Usain Bolt, athletes whose dominance on the world stage have made them Olympic icons.

Sports stops to watch when she does her thing. And after a difficult time grappling with the postponement of the Tokyo Games to the COVID-19 pandemic, Biles appears better than ever.

Well, most of the time.

Biles was spectacular on Friday. Not so much — at least by her remarkable standards — in front of a crowd of well over 20,000 inside The Dome at America's Center that roared every time she stepped on the podium.

She nearly stalled out on her uneven bar routine and her balance beam set was a battle from the second she began her wolf turn early in her set. Biles reached down to grab the 4-inch slab of wood at one point and shortly thereafter hopped off in disgust. She drilled her "double-double" dismount — the one named after her — before trudging to her seat in tears. Her floor routine included a big hop out of bounds after her "triple-double" opening pass. Not that anyone noticed. She walked off to a standing ovation even as she gave coach Laurent Landi a somewhat exhausted-looking smile.

She has three weeks to fume and perfect in her bid to make history.

Biles earned five medals in Rio de Janeiro. She could do the same in Tokyo. And Lee has a chance to come home with a fistful of hardware too.

The 18-year-old from Minnesota is a wonder on the uneven bars, one of a handful of gymnasts on the planet who can out-Biles Biles on the event. Her series of intricate connections — all done with a fluidity and grace that makes it look effortless — are among the most difficult in the sport. Lee dealt with an Achilles injury that led her to a sluggish start to the 2021 competition season.

Those days are over. Lee, who will be the first Hmong American at the Olympics, finished a strong runner-up to Biles at nationals earlier this month and appears to be getting stronger with each passing week.

Jade Carey of Arizona also has an Olympic berth locked up after earning a nominative pot based on her World Cup performances. Carey will compete as an individual, meaning she will not be a part of the team competition.

The Americans will be heavily favored to win their third straight Olympic title and their talent pool is so deep that the selection committee is basically just naming the score if the U.S. is anywhere close to its A-game.