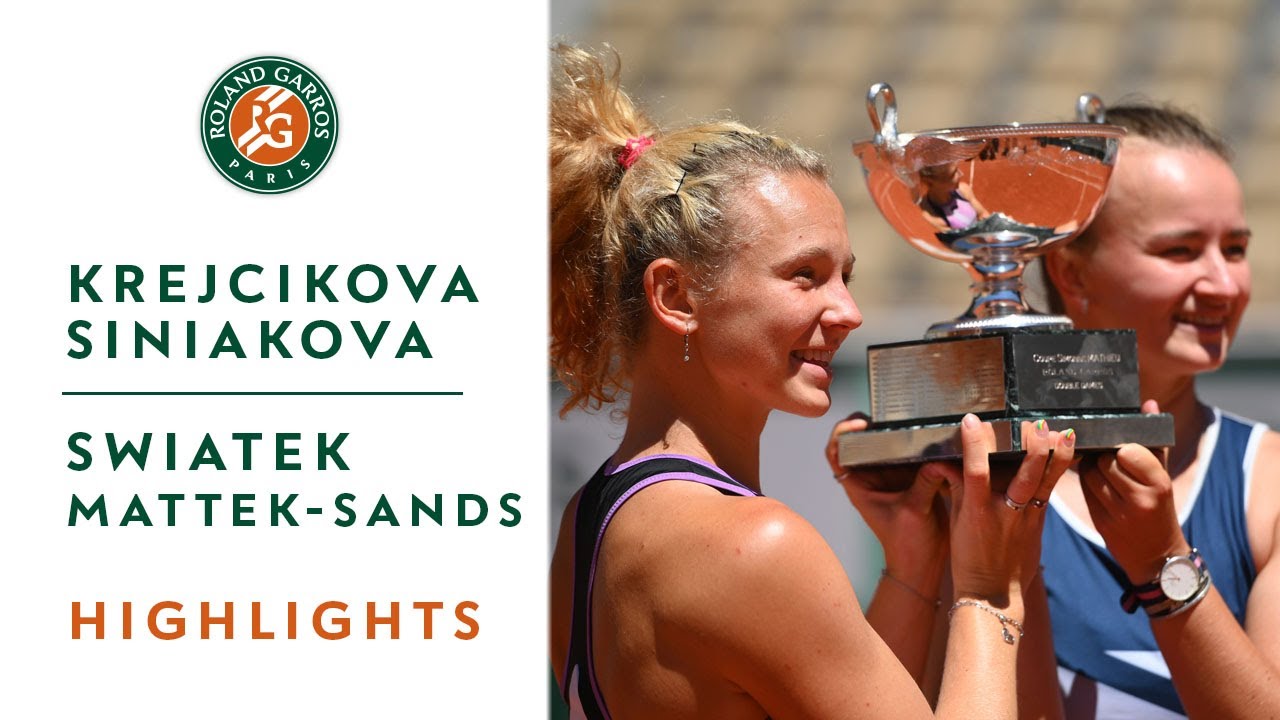 Less than 24 hours after she claimed her maiden singles slam title, Krejcikova became the first woman since Mary Pierce in 2000 to lift both trophies at the clay-court major. Only seven women have completed the titles sweep at Roland Garros.

"Right now after all of this happened, this last two weeks, last two days, I feel really relieved and relaxed," Krejcikova said. "I just know from now on I can really enjoy because I have pretty much achieved everything I really wanted. Now I can just improve, that's the only thing I can do, just improving."

In addition to her pair of trophies, Krejcikova will reclaim the No. 1 spot in the doubles rankings next week.

"We will have a little bit glass of champagne," Krejcikova said. "I already said I don't really drink but I think it's a time to actually celebrate it. I think we going to really enjoy."

Krejcikova, who defeated Anastasia Pavlyuchenkova for the women's singles title on Saturday, also became the first player to sweep both titles at any Grand Slam tournament since Serena Williams at Wimbledon in 2016.

Krejcikova and Siniakova are both 25 but have extensive experience playing together, having started their partnership in the juniors back in 2013. It clearly showed in their 6-4, 6-2 win over Bethanie Mattek-Sands and Iga Swiatek in Sunday's final as they converted five of their seven break points.

After racing to a 4-0 lead in the opening set, they resisted a late comeback from their rivals with an efficient display at the net. Krejcikova served out the set at love as Mattek-Sands missed a tough backhand volley.

Siniakova and Krejcikova had already won in Paris in 2018 and claimed the Wimbledon trophy the same year.

"I'm just really happy that we have another title and looking forward we going to continue with our cooperation in Wimbledon and also for the Olympics," Krejcikova said. "I hope there's going to be a bright future for us."

Swiatek was the defending singles champion in Paris but bowed out in the quarterfinals this year.