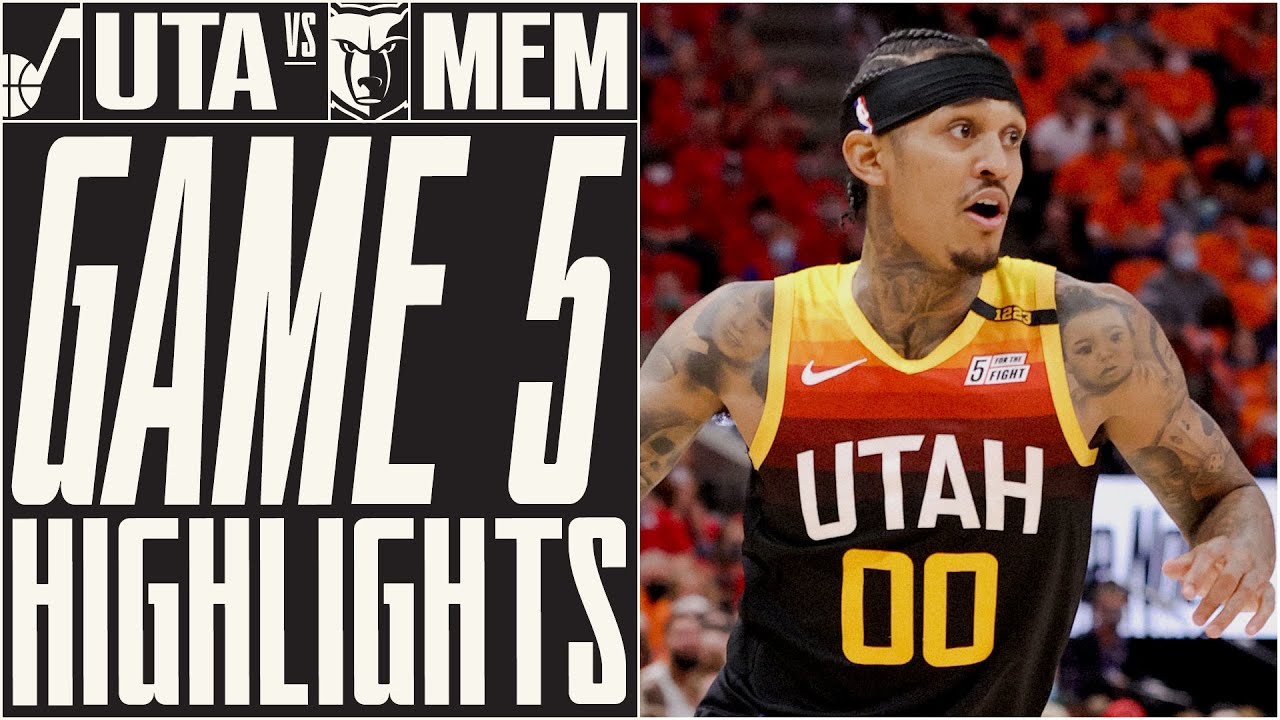 Second round bound, 4-1 against the Grizzlies | UTAH JAZZ

SALT LAKE CITY — Memphis' Dillon Brooks had just been bumped, crossed over and then had a 3-pointer hit right in his face. Frustrated, he softly shoved the culprit in the back.

Donovan Mitchell turned and stared, and in not-so-nice language told Brooks that while he didn't have to go home, he couldn't stay here.

By that point, though, Brooks already knew that.

The Utah Jazz reached a level in Game 5 that the upstart Memphis Grizzlies simply couldn't match. The Jazz scored 47 points in the first quarter, Mitchell had 26 points at halftime and Utah ran away with an easy 126-110 victory to win the series 4-1.

The top-seeded Jazz will play the winner of the Dallas Mavericks vs. Los Angeles Clippers series in the second round; the Mavericks are up 3-2 in the series.

The Jazz came out Wednesday looking to deliver the knockout punch early. Utah scored a playoff-record 47 points in the first quarter behind a scorching hot-shooting start. The Jazz were 18 of 26 from the field, hit nine 3s and led by 20 points. The 47 points is tied for the eighth-most points ever scored in a single quarter in a postseason game.

Mike Conley, who went out of the game in the second quarter and didn't return due to right hamstring soreness, hit a turnaround fadeaway jumper at the first-quarter buzzer to put an exclamation point on the blistering first 12 minutes.

Mitchell, though, remembered — in great detail — how last year's Game 5 against the Denver Nuggets went. Nikola Jokic came out on fire, but the Jazz weathered the storm and eventually took a 15-point lead.

"And then we kind of let up," Mitchell said.

The lesson from that: A hot first quarter wasn't enough; the Jazz needed a complete game. Mitchell provided that.

It almost felt personal when Mitchell sized up Brooks with under a minute to go in the first half and the shot clock winding down. Mitchell and Brooks had jawed back and forth all series — words that often ended in the Jazz star torching Utah's newest villain. And that's how Wednesday night's exchange ended, too.

After Mitchell's initial drive was cut off, he backed out, quickly crossed over Brooks and lifted for a dead-eye 3 as the shot clock sounded. The crowd erupted in awe, but Mitchell wasn't done yet.

Seconds later, the Jazz star guard hit a step-back 3-pointer as the first-half buzzer sounded. He stood still after the shot went in, stone faced, as if he knew he just delivered the final death knell to the series.

The Grizzlies may have fought back from double-digits in each of the first four games of the series, but there would be no comeback on Wednesday. Mitchell was too focused, the Jazz too good — the wounds of last year's collapse still open.

"Having last year be so fresh — and I hate to keep harping on it but it is what it is — having it so fresh, I think definitely helped," said Mitchell, who finished with 30 points and 10 assists. "We've got to continue to have the same level of effort and intensity, every game throughout these playoffs.

"Tonight was good, but we did what we're supposed to do, and we gotta go there and take care of business next round."

The Jazz were supposed to win this series and were supposed to do it in relative ease — just like they did. But after what happened last season, the win was more meaningful than usual No. 1 over No. 8 series. The Jazz had some demons to exorcize.

"We obviously knew, and felt kind of like the underlying pressure of being up 3-1 again," Conley said. "But at the same time, we also know that this team is different. This team has grown a lot since then."

How much? We're about to find out. The Grizzlies showed fight, but the second-youngest team in the league was always going to be nothing more than a tune up for the gauntlet that is the rest of the Western Conference. The Jazz say they learned a lot from last year's collapse, but it's time to take advantage of those lessons.

"If you want to win a championship, you have to go through those years where you have situations like that and hopefully that was our lesson learned," Conley said. "We came out tonight really locked in, you could tell from the first possession how we were going to come out and play. And it was beautiful, beautiful to be a part of a win like that especially given the circumstances."