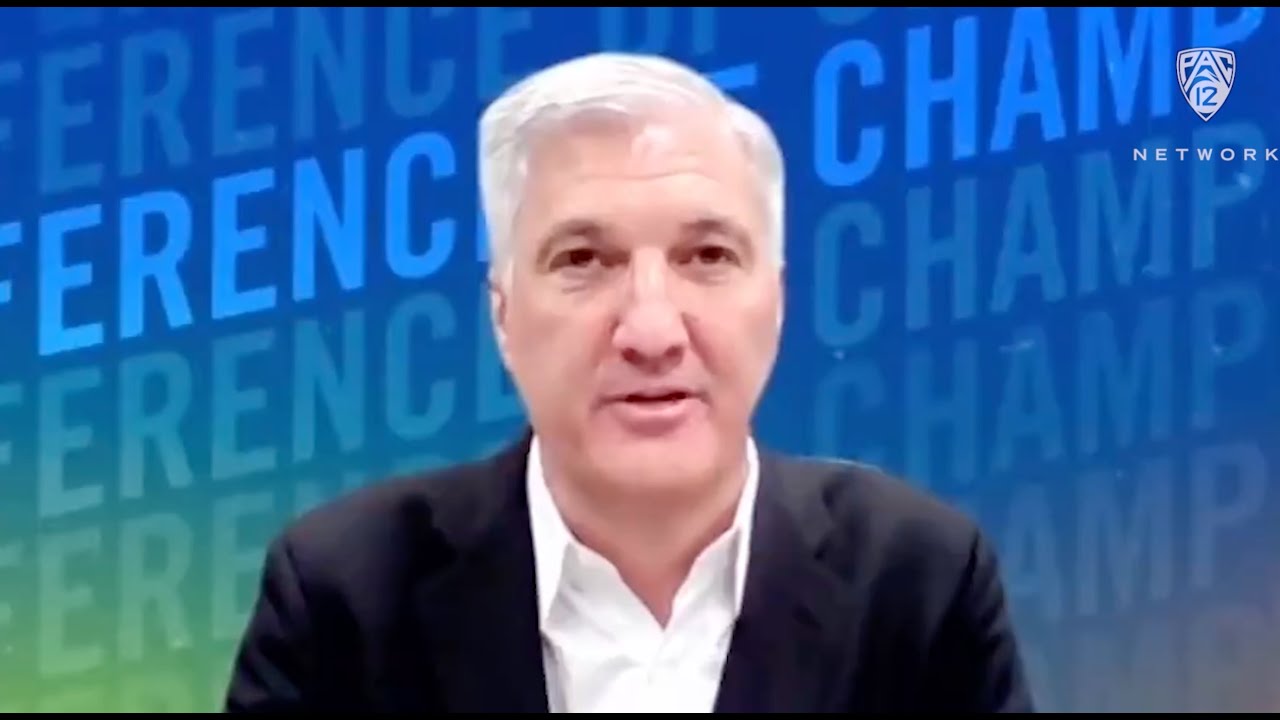 SALT LAKE CITY — It took the Pac-12 nearly four months, but they've settled on their new leader to replace outgoing commissioner Larry Scott after an 11-year career with the conference.

The conference hired George Kliavkoff, the current president of sports and entertainment for MGM Resorts, as its newest commissioner, the conference announced Thursday morning. He will take over as the conference's commission on July 1, which comes at the same time Scott leaves the San Francisco-based headquarters of the conference.

The 54-year-old Kliavkoff, who has served in several executive-level positions in both the sports and broadcast world, has no previous experience in college athletics other than as a student-athlete at Boston University as a rower, similar to Scott's trajectory before him but in the world of tennis.

"At each step of his career, George has navigated complex, quickly changing environments and has been a successful consensus builder. George is a visionary leader with an extraordinary background as a pioneering sports, entertainment and digital media executive, and we are delighted and honored that he has agreed to become our next Pac-12 commissioner," said University of Oregon President Michael Schill, who served as chair of the search committee.

"He is very much a new prototype for the sports commissioner," Schill said. "He is the sort of person that we need for this decade and the decades beyond. Even without serving a day in the job, George has thoughtfully challenged all of us to envision what is possible for the Pac-12, what is possible in the coming era of new technologies in media.

Kliavkoff said he's "thrilled" to be the conference's commissioner in a "challenging time for intercollegiate athletics," while adding that the challenges "create significant opportunities" for the conference to grow in the coming years. And though he wasn't on any of the "media shortlists" and a name many didn't know, he believes his "personal style and work experience line up well with the enormous opportunities immediately in front of the Pac-12."

"I believe I am transitioning from the best job in entertainment to the best job in sports," he added. "I made this jump because I'm passionate about the mission of the Pac-12 Conference, to drive financial results, help protect and expand scholarships, and support the other educational goals of our member institutions."

Utah athletic director Mark Harlan added his support to the new commissioner, saying in a statement that Kliavkoff will bring an "innovative, strategic approach to a very challenging role, with intercollegiate athletics in a truly transformative period.

"I am confident that Commissioner Kliavkoff will ensure that the Pac-12 is a national leader in shaping college athletics for years to come and will help our conference cement its position as the nation's premier athletic conference," he added. "This is an exciting time to be a part of the Conference of Champions and we welcome George and his family to the Pac-12 Family!"

Kliavkoff said he will go on a "listening tour" as his first item of business to meet with the individual athletic directors and coaches from "a wide variety of men's and women's sports," as well as "a diverse set of student-athletes" to learn more about the conference.

"My leadership style is relationship driven," Kliavkoff said. "I've built long-standing relationships with nearly everyone I've worked with or negotiated against across a 25-plus year career in sports, media, technology, and entertainment."

As part of his role, Kliavkoff said he plans to position the conference in a way where the most profitable sports, football and men's basketball, take the biggest spotlight, while growing all the other sports under the conference's purview, most notably women's sports.

"I want to be very clear about my top three immediate priorities for the conference," he said. "First, we will protect and support our student athletes; second, we will make decisions to optimize revenue for our member institutions, including renegotiating our media distribution deals; and third, we will do everything we can at the conference level to make our teams more competitive in revenue-generating sports, especially football.

"To support all three of these priorities, I want to go on the record that the Pac-12 is in favor about the expansion of the college football playoffs — more teams — and the implementation of consistent guidelines for name, image and likeness. We think that both CFP expansion and NIL legislation are good for college sports fans, good for our student athletes and can be a significant competitive advantage for the Pac-12."

Kliavkoff has been an executive vice president position of MLB Advanced Media LP and a chief digital officer for NBC Universal Cable. He received his undergraduate degree from Boston University and a law degree from the University of Virginia.

"I have a background in structuring complex media distribution deals, including an understanding of the ongoing transition from consumption of linear television models to digital," he said. "I have built and run large scale live events, sponsorship, licensing and ticket sales operations, and I have an understanding of lobbying and other efforts necessary to address some of the biggest opportunities and issues facing college athletics today, including name, image and likeness, expansion of the CFP and sports betting."