'A kid who's not that good': Minnesota takes exception to RSL goalkeeper Ochoa's post-match punt 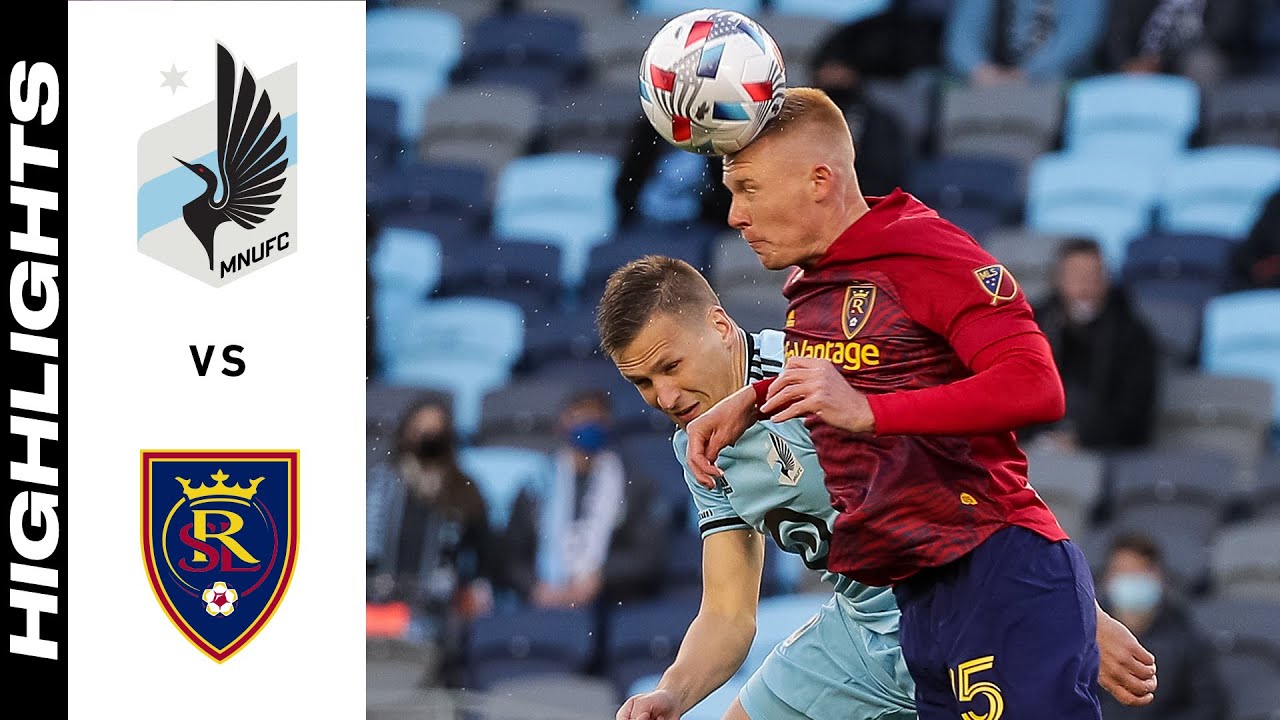 Or maybe, like his critics are suggesting, he's simply young and naive.

Either way, after the Real Salt Lake goalkeeper helped his team to a season-opening 2-1 win at Minnesota United FC on Saturday evening, Ochoa grabbed the ball and booted it into the stands.

The ball didn't just fly toward the touchline — it sailed way beyond it, landing somewhere in the middle of a half-empty section dubbed the "Wonderwall" by Loons supporters (yes, named for the Oasis classic of 1995).

Minnesota manager Adrian Heath took plenty of exception to it, running onto the field to confront Ochoa — and Aaron Herrera, Justen Glad and anyone who would get in his way — about the gesture that United's players called "disrespectful" after RSL's first-ever win at Allianz Field.

Ochoa got excited. He made an emotional decision. Right or wrong, he did it.

And Heath — along with the rest of Minnesota — responded.

"The goalkeeper just turned around and booted the ball into our stands, and toward our supporters, which is a no-no — we all know that," Heath told United's post-match broadcast crew. "He's got some edge on him for a kid who's not that good … but it is what it is."

Minnesota (0-2) was coming off its second loss in as many weeks in the 2021 MLS season, but this one likely stung. Real Salt Lake, one of the lowest-scoring teams in the league in 2020, came in and scored seemingly at ease on the Loons with a pair of counterattacks led by newcomers Anderson Julio and Rubio Rubin. It was the latest defensive lapse by Minnesota, which has allowed a combined six goals in the first two weeks of the season to Seattle and RSL.

Ochoa, the 20-year-old goalkeeper who is allegedly "not that good" had one save, for his part and allowed another goal — a cracking strike from Robin Lod that pulled Minnesota within a goal midway through the second half.

But the visitors held on to take all three points, and Ochoa — who does not have a shutout in two MLS starts in his young career — celebrated on the edge of the pitch.

And Heath was still fuming about it several moments after the match, when he met with the Minnesota media corps to try to explain back-to-back losses and a defeat to a side to which the Loons had only one loss in 10 prior meetings.

"There's no need," Heath said, according to the league's website. "They've won the game; he doesn't need to be blasting the ball into supporters. Everybody knows that's a no-no. And normally, when you use them antics like he's done most of the evening, you're normally pretty good — so that was a surprise for me."

Understandably, RSL head coach Freddy Juarez used his post-match response to defend Ochoa, who signed a homegrown contract with Salt Lake in 2018 and spent two full seasons with Real Monarchs before playing in one match to end the 2020 season. RSL views Ochoa as the future in goal of a franchise that recently boasted MLS legend Nick Rimando — and that future seems to be starting now.

The third-year RSL head coach who previously served RSL Academy director offered a "no comment" when asked about Heath's interview.

"Everyone is fired up right now, it's the end of the game and we're all competitive," Juarez said. "Everyone has a right to their own opinion. I thought Ochoa had a pretty good game. He is still developing in many ways. He is a young adult and we will continue to groom him and help him in his young career."

Julio notched a brace in his RSL debut, and Rubio Rubin added two assists as Real Salt Lake held on for a rare 2-1 win over Minnesota United FC on Saturday at Allianz Field in St. Paul, Minnesota.

The 6-foot-2 Oxnard, California, native is young, though with the talent of a veteran youth international for the United States' U-20 national team and a senior national team debut in December 2020. He's also the keeper who was in goal during the United States' 2-1 loss to Honduras during 2021 Olympic qualifying that kept the Americans from the Summer Games dating back to 2008.

So Ochoa has plenty of lessons to learn — both professionally and personally. But Juarez praised the young netminder's efforts while acknowledging his errors.

"It was a very good start. He looked great out there," Juarez said. "He took care of some moments, dealt with crosses well. This team crosses the ball very well and I thought he was confident. He came out with authority. He was put under a lot of pressure with the ball at his feet, but he showed what his quality is when he has it. He made some good decisions and overall it was a very good first game of the year for him. He was very mature."

Ochoa will continue growing and developing at RSL as the club continues the 2021 season Saturday against Sporting Kansas City. Kickoff for the home opener is scheduled for noon MDT.

RSL is scheduled to next host Minnesota at Rio Tinto Stadium on May 29.