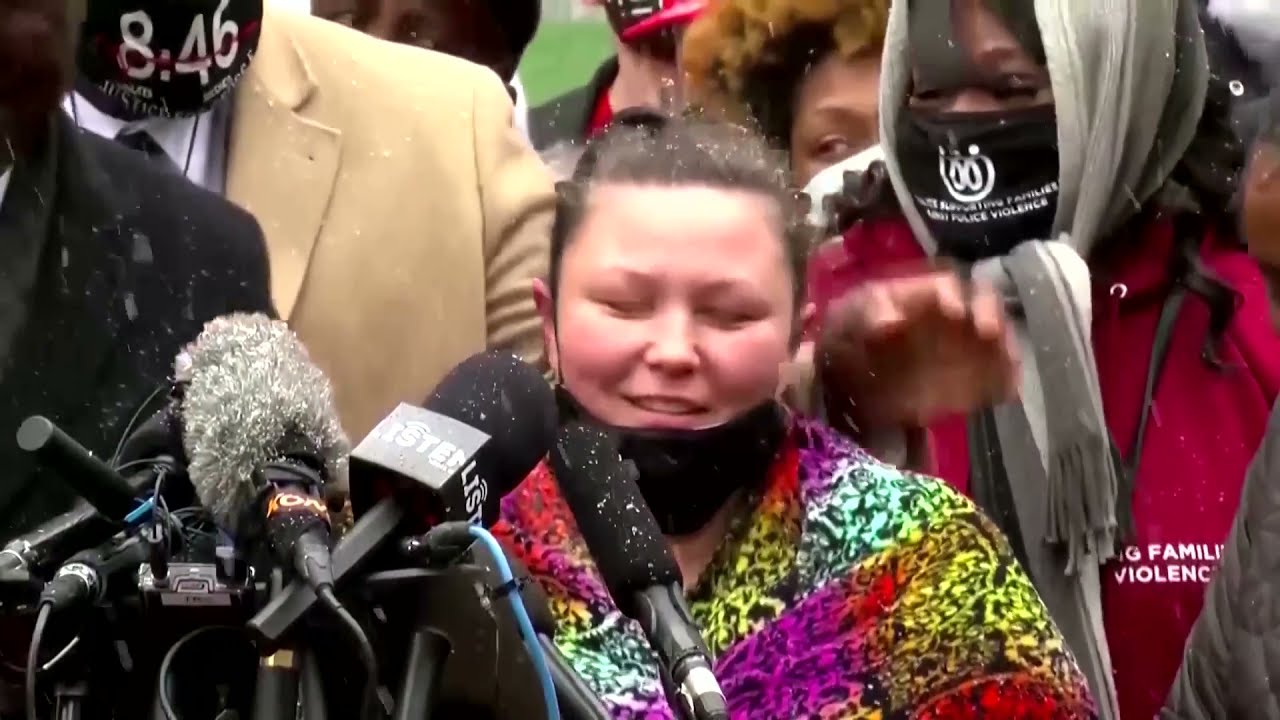 MINNEAPOLIS (Reuters) — The police chief in Brooklyn Center, Minnesota, and the officer who fatally shot Daunte Wright, a 20-year old Black man who struggled with police after a traffic stop, have both tendered their resignations, the city's mayor said on Tuesday.

Mayor Mike Elliott told reporters they resigned after the city council passed a resolution to dismiss both the chief, Tim Gannon, and the officer who shot Wright, Kim Potter, a 26-year veteran of the police force.

The moves followed two nights of protests in the town of 30,000 people just miles from Minneapolis, a city already on edge with the trial of Derek Chauvin, the former Minneapolis police officer charged with murdering George Floyd last May.

As Elliott spoke, relatives of Wright and their lawyer had assembled down the road outside the Minneapolis courthouse where Chauvin is being tried to lament the loss of a man they say was kind and worked multiple jobs to support his young son.

"I'm hoping this will bring some calm to the community," Elliott said, adding he had yet to accept Potter's resignation, leaving a path to firing her. "We want to send a message to the community that we are taking this situation seriously."

Firing Potter could affect her pension and ability to work in law enforcement elsewhere.

Wright was shot on Sunday after being pulled over for what police said was an expired car registration. Officers then discovered there was a warrant out for his arrest, and an officer accidentally drew her pistol instead of her Taser during a struggle with Wright, who re-entered his car, Gannon said on Monday. The officer was later identified as Potter, who can be heard on police video shouting, "Holy (expletive), I just shot him."

Former U.S. President Barack Obama and former first lady Michelle Obama issued a statement on Tuesday calling for a "full and transparent investigation" following "yet another shooting of a Black man."

Given the importance of the investigation, Elliott said he would ask Minnesota Gov. Tim Walz to assign it to Keith Ellison, the state's attorney general. Ellison was also put in charge of the Chauvin case.

The Wright shooting is currently being overseen by the Minnesota Bureau of Criminal Apprehension.

The fatal police shooting of a young Black man in a Minneapolis suburb appeared to result from an officer mistakenly opening fire with her gun instead of a Taser in the midst of a struggle during a traffic stop, the city's police chief said on Monday.

Mother: 'My son was unresponsive'

Outside of the Minneapolis courthouse, family members recounted the events that led to Wright's death at a press conference with their attorney Ben Crump.

His mother, Katie Wright, said her son called her after he was pulled over on Sunday and said he was being stopped because he had air fresheners hanging from the rearview mirror, which is illegal in the state.

She said the girl in the car with her son eventually picked up the phone and, amid cries and screams, told her Daunte Wright had been shot. "She pointed the phone toward the driver's seat and my son was laying there, unresponsive," Katie Wright said as she wept. "That was the last time that I've seen my son."

He was killed just 10 miles from where Floyd, 46, lost his life while under arrest for allegedly passing a bogus $20 bill, unleashing a months-long nationwide upheaval of protests against racial injustice and police brutality.

Officials in Brooklyn Center were bracing for a third night of unrest. Hundreds of protesters clashed with law enforcement outside police headquarters on Monday in defiance of a curfew ordered by Walz. Police reported 40 arrests in the town for offenses ranging from curfew violations to rioting, and three officers suffered minor injuries, authorities said late on Monday night.

Elliott, who took command of the police on Monday after the city council fired the city manager, said he believed the protesters were motivated by fear for their own safety, not a desire to destroy.