A true laugher: The Jazz set an NBA record in 46-point win over Magic 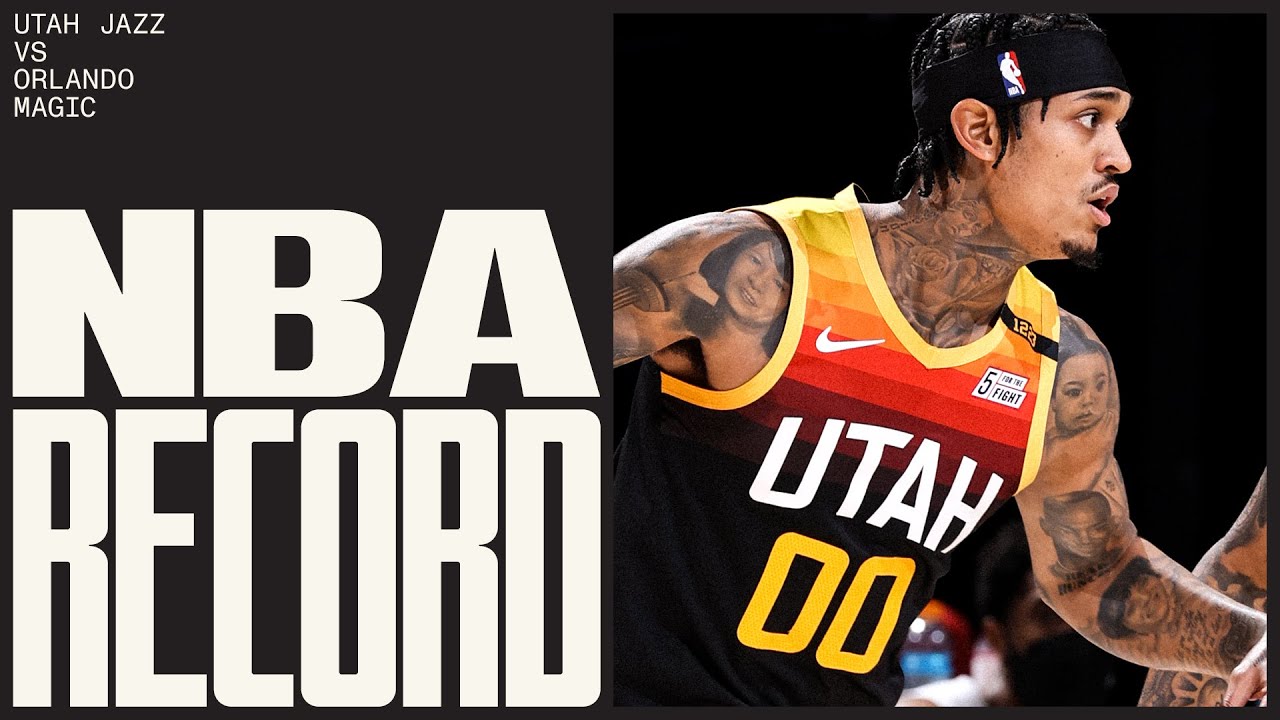 OK, maybe not quite as expected.

Utah led by as many as 42 in the first half, sank an NBA record 18 3s in the opening half, and Donovan Mitchell was out of the game by the first timeout of the third quarter.

The Jazz (38-11) smashed the listless Magic 137-91 for their ninth straight victory. Utah also extended its franchise-best home winning streak to 22.

So how ugly did things get on Saturday?

Let's just say that the most memorable plays were the ones that ended up not actually resulting in points.

Like when Rudy Gobert pump-faked a 3-pointer at the top of the key, teasing the 6,000-plus fans who made it very clear they wanted the All-Star center to put it up.

Or when Joe Ingles floated up a high alley-oop for Mitchell when both were still behind the 3-point line. Mitchell got to it, but wasn't able to control it enough to put it down.

Deja vu struck a few possessions later when Ingles tried to find Mitchell again on a deep alley-oop. This time, Mitchell ended up on his back out of bounds after the errant throw. While he ran back, Mitchell seemed to ask Ingles, "What was that?" as they laughed about the play.

"This is one of those nights for us where we played really well, when we played the right way and we played a team that is going through a transition," Jazz coach Quin Snyder said.

The Magic were down to just eight players on Saturday and were already a team that had been the subject to multiple jokes following the trade deadline when they jettisoned their top talent to plan for their future (our favorites: "The Illusion" and "Earvin").

"We're trying to obviously come out and play the same way that we want to play every game, whoever we're playing," said Ingles, who had 17 points starting in place of Mike Conley who sat out the game due to injury management.

Orlando had been competitive, too. The Magic had actually won two games in a row heading into Salt Lake City — they just ran into Utah's buzzsaw.

"We had one of those nights shooting the ball," said Snyder in quite the understatement.

Utah was 18-of-31 from behind the arc in the first two quarters, setting a new NBA record for made 3s in a half. Mitchell was 6-of-7 from deep in the first half, Ingles was 4-of-6, Jordan Clarkson was 3-of-6, Georges Niang was 2-of-3, Bojan Bogdanovic was 2-of-4, even little used Miye Oni drilled his only attempt of the half

Just one of those nights equals an NBA record.

The Jazz would have likely set the full-game record as well, but Snyder pulled his starters just four minutes into the second half after Utah had taken a 46-point lead. Utah was 26-of-55 for the game — three off the NBA mark.

In a season full of blowouts, Saturday's was the Jazz's biggest. The 46-point win was the fourth-largest margin of victory in team history, 2 points shy of the team record.

Ingles has now been a part of three of the four largest Jazz wins, but when asked about the biggest blowout he's been a part of, he only remembered the other side.

"I remember getting smacked by Dallas by 50," Ingles said of the 2018 game against the Mavericks. "That was one on the other side — it wasn't fun; didn't want to be in the locker room after that game. Wins wise, Europe's not long enough game to really get blown out by too much — it's 40 minutes and everyone walks the ball up."

So for now, Saturday's will have to do.