QUIZ: Do you know about these less-known Utah women who accomplished great things?

Women's History Month is a great time to pay tribute to the female leaders and forebears who paved the way for those who would follow.

And while certain names stand out in history, there are plenty of unsung or lesser-known heroes who've made significant contributions to both Utah and the nation at large. 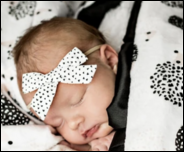 Heart of Minky: Bringing comfort to infants and families

After Minky Couture owner Sandi Hendry's grandson was born prematurely, she was determined to share luxury and comfort with as many NICU families as she could and so The Heart of Minky program was created. Minky Couture continues its long-standing pledge to donate a mini-size Minky blanket each time an adult size blanket is purchased.

When it comes to highlighting incredible Utah women, it's difficult to whittle the choices down to just a few. This list is by no means comprehensive, so if you'd like to learn more about these women—and many more—who left their mark in the Beehive State and beyond, visit utahwomenshistory.org.

You might have already heard about some or all of these women, but how well do you think you know them? Take the quiz to find out! Be sure to enter your email address for a chance to win a Minky Couture blanket!