'A great test for us': Jazz continue to learn how to play with target on their back in loss to the Heat 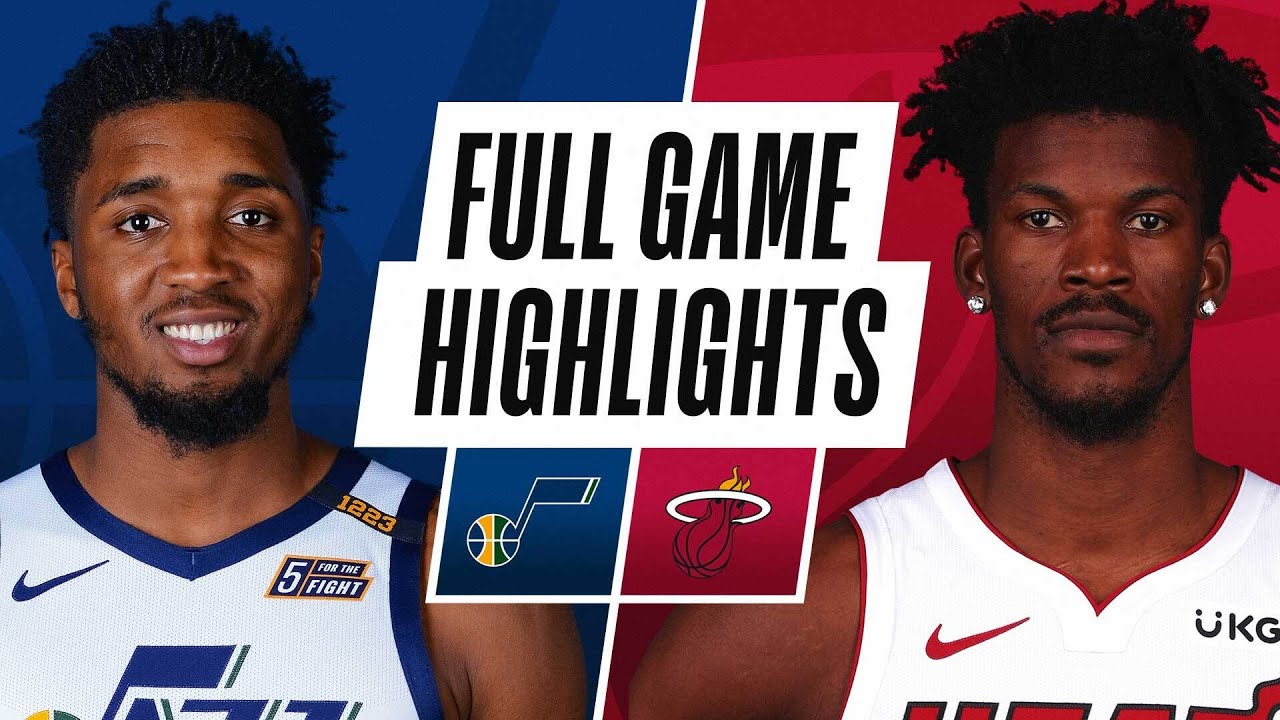 SALT LAKE CITY — If you ask the Miami Heat, Friday's 124-116 win over the Utah Jazz didn't necessarily mean anything special.

Yes, the Jazz had (and still have) the best record in the league (26-7), but the Heat claim they didn't come into the contest with any added motivation.

"It is not a statement. We have been grinding for six weeks trying to get to a more consistent level," Heat coach Erik Spoelstra said. "Even after some of these very painful and disappointing losses, we saw progress. We have just continued to try to work to try and get better."

That's if you ask them.

If you watched Friday's game, this much was clear: The Heat wanted this one. So Utah experienced what it was like when a team full of Finals-experience coming after them. That may prove to be a good thing in the end.

The Jazz didn't play their best game — far from it.

It took them too long to figure out the Heat's pick-and-roll when they found an advantage against Bojan Bogdanovic. They over helped on defense early in the game, leading to wide open Miami 3s. They didn't push enough in transition and failed to get enough early possession triples. They weren't spaced well enough to let the offense run the way it has been.

All those things add up, and against a motivated Jimmy Butler (33 points, 10 rebounds and eight assists) and Goran Dragic (26 points on 9-of-15 shooting), those mistakes were too much to overcome.

"Teams are always going to pick up their level, particularly when you start playing well," Jazz head coach Quin Snyder said. "A lot of little things we have to do better. Tough game, competitive game, and this is one we need to be better and obviously weren't good tonight."

Utah is still learning how to play with a target on its back. The Jazz have crushed the rest of the league for the better part of seven weeks. That means they are now the measuring stick for many clubs. The Heat had won four in a row, including one against the LA Lakers, but it was Friday's performance that showed Miami was close to regaining the bubble form that pushed it to the Finals last fall.

The good news: The Jazz didn't and still had a chance to win it late.

Down by 7 with 4:22 left, the Jazz went on an 8-2 run to pull within a single point. Bogdanovic hit a 3 after a jump ball, Mike Conley hit a contested driving layup and Gobert made two freebies after getting fouled on a rebound. But the Jazz, who have gotten quite used to the end of games being garbage time, couldn't finish.

A missed free throw was followed by an unforced turnover and then a missed wide-open 3. Just like that, the rally was over.

"We made a few mistakes tonight," said Jordan Clarkson, who was just 4-of-17 on Friday. "We fell asleep and gave up some open shots here and there. They made shots and played well tonight. That's all it is at the end of the day. We didn't play our best tonight. We had a chance to win, but they just beat us."

The Jazz have been able to get away with some lackluster performances and still come away with big wins. Just last week, they were down double digits in the second half to the Charlotte Hornets and won by 22. But they can't always just a flip a switch because other teams can find other levels, too.

Maybe Friday can serve as a bit of a wake up call. Yes, the Jazz are really good, but they still have to match their opponent's intensity because a 12-minute offensive explosion wasn't good enough against Miami.

The Jazz went on one of their patented third quarter surges when it put 41 points in the frame. Donovan Mitchell scored 12 of his 30 points in the quarter, the Jazz hit three 3-pointers and shot 62% as a team. On most nights, those 12 minutes would have likely been enough to bury any opponent. Not on Friday. The Heat just about kept pace, scoring 39 points in the frame themselves to hold onto the lead going into the fourth quarter.

And in the final 12 minutes, the Jazz's offense sputtered out, scoring just 22 points as Utah couldn't close things out in a rare crunch time opportunity.

"The way that we want to play we need everybody to be very precise about what they're doing. We need to pass the ball at the right time. We need to shoot when we're open. We need to be spaced really well. I think our execution on the offensive end with all those little things wasn't as good as it was (in the third quarter)," Snyder said.

And Miami got a win because of it.

Friday should serve as a reminder that the Jazz do too.