Winter's wrath across US: Bitter cold, no power and a deadly tornado
KSL TV 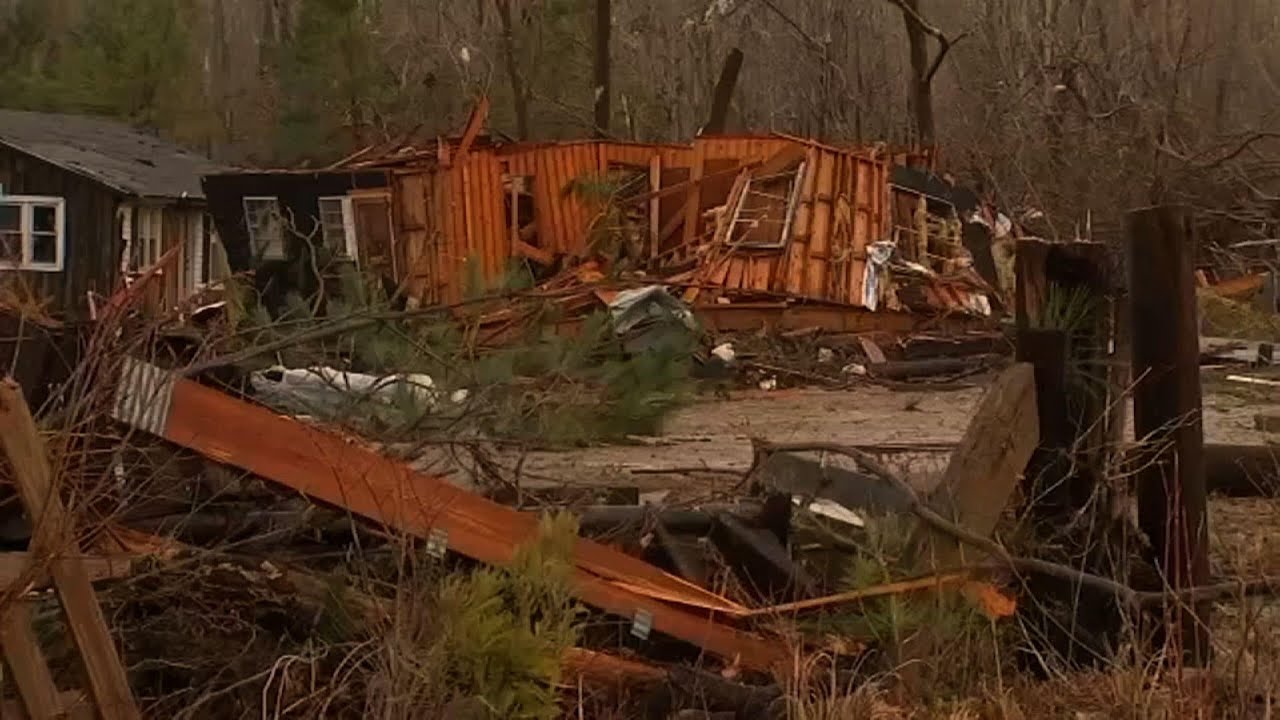 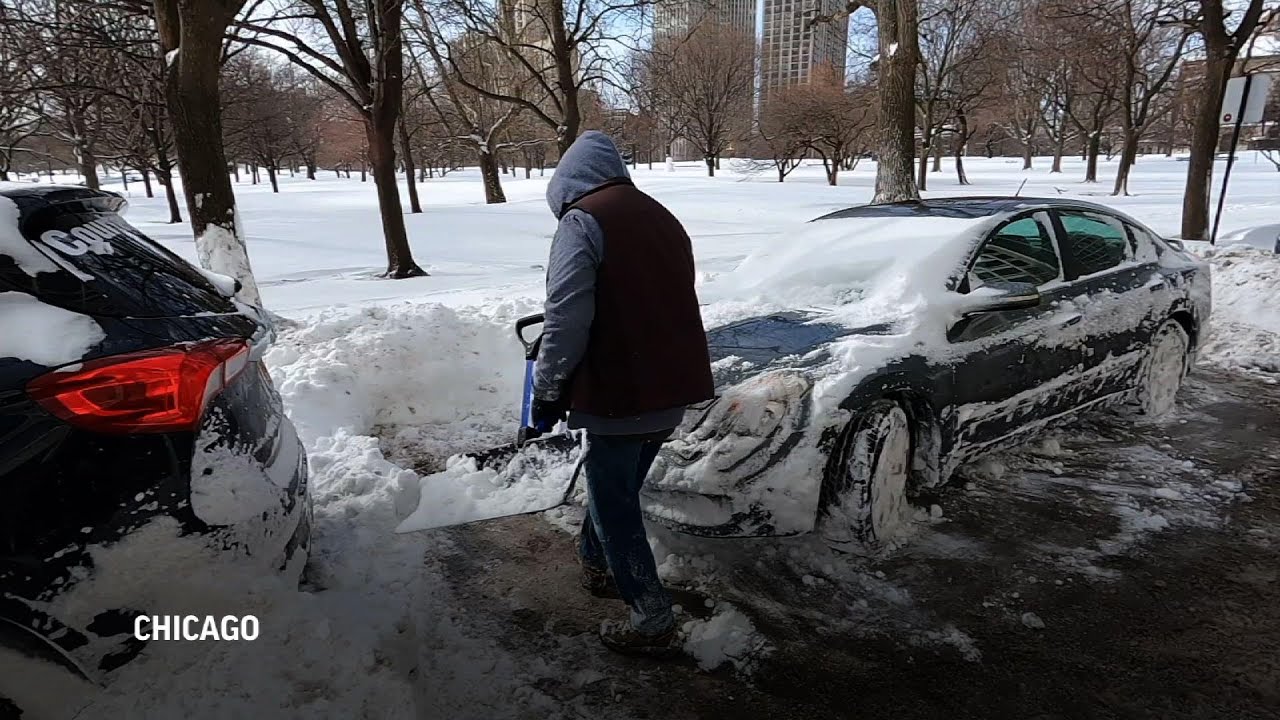 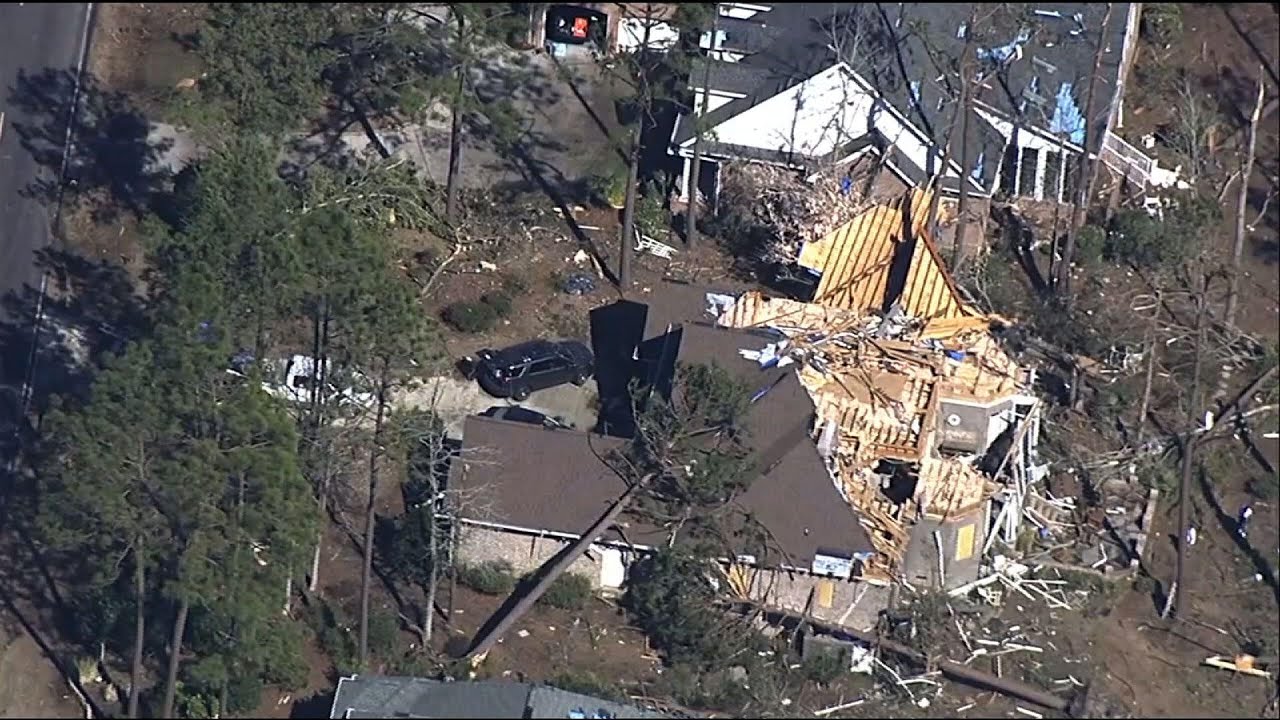 The storm that overwhelmed power grids and immobilized the Southern Plains carried heavy snow and freezing rain into New England and the Deep South and left behind painfully low temperatures. Wind-chill warnings extended from Canada into Mexico.

In all, at least 20 deaths were reported. Other causes included car crashes and carbon monoxide poisoning. The weather also threatened to affect the nation's COVID-19 vaccination effort. President Joe Biden's administration said delays in vaccine shipments and deliveries were likely.

North Carolina's Brunswick County had little notice of the dangerous weather, and a tornado warning was not issued until the storm was already on the ground.

The National Weather Service was "very surprised how rapidly this storm intensified ... and at the time of night when most people are at home and in bed, it creates a very dangerous situation," Emergency Services Director Ed Conrow said.

In Chicago, a foot and a half of new snow forced public schools to cancel in-person classes for Tuesday. Hours earlier, along the normally balmy Gulf of Mexico, cross-country skiier Sam Fagg hit fresh powder on the beach in Galveston, Texas.

The worst U.S. power outages were in Texas, affecting more than 2 million homes and businesses. More than 250,000 people also lost power across parts of Appalachia, and another 200,000 were without electricity following an ice storm in northwest Oregon, according to poweroutage.us, which tracks utility outage reports. Four million people lost power in Mexico.

Texas officials requested 60 generators from the Federal Emergency Management Agency and planned to prioritize hospitals and nursing homes. The state opened 35 shelters to more than 1,000 occupants, the agency said.

More than 500 people sought comfort at one Houston shelter. Mayor Sylvester Turner said other warming centers were closed because they lost power.

After losing power Monday, Natalie Harrell said she, her boyfriend and four kids sheltered at a Gallery Furniture store in Houston. The warming center at the store provided people with food, water and power to charge essential electronics.

"It's worse than a hurricane," Harrell said. "I think we are going to be more days without light, that is what it seems like."

Utilities from Minnesota to Texas implemented rolling blackouts to ease the burden on power grids straining to meet extreme demand for heat and electricity.

Blackouts lasting more than an hour began around dawn Tuesday for Oklahoma City and more than a dozen other communities, stopping electric-powered space heaters, furnaces and lights just as temperatures hovered around minus 8 degrees (minus 22 degrees Celsius).

Oklahoma Gas & Electric rescinded plans for more blackouts but urged users to set thermostats at 68 degrees Fahrenheit (20 degrees Celsius), avoid using major electric appliances and turn off lights or appliances not in use.

However, Entergy began rolling blackouts Tuesday night in Arkansas, Louisiana, Mississippi and Southeast Texas at the direction of its grid manager, the Midcontinent Independent System Operator, "as a last resort and in order to prevent more extensive, prolonged power outages that could severely affect the reliability of the power grid," according to a statement from the New Orleans-based utility.

"Due to extremely cold temperatures over the last several days, the demand for electricity has reached an all-time high," the Entergy statement said. "Additionally, these weather conditions have forced off generation resources across the system. The implementation of this load shed across the Entergy region will help ensure an adequate reserve margin, which helps ensure Entergy is better positioned to manage through additional extreme weather this week."

Nebraska's blackouts came amid some of the coldest weather on record: In Omaha, the temperature bottomed out at 23 degrees below zero overnight (minus 30 degrees Celsius), the coldest in 25 years.

The Southwest Power Pool, a group of utilities covering 14 states, said the blackouts were "a last resort to preserve the reliability of the electric system as a whole." 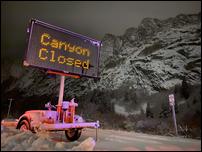 County officials distributed the doses that could have spoiled at three hospitals, Rice University and the county jail because there were large groups of people available who would not have to drive and appropriate medical personnel present.

"It feels amazing. I'm very grateful," said Harry Golen, a college sophomore who waited for nearly four hours with his friends, much of it in the cold, and was among the last people to get the shots, which otherwise would not have reached students until March or April.

Texas officials said more than 400,000 doses due now will not arrive until at least Wednesday because of the storm.

The tornado that hit North Carolina's Brunswick County was an EF3 with winds estimated at 160 mph, the weather service said on Twitter.

Three people died and 10 were injured when the tornado tore through a golf course community and another rural area just before midnight Monday, destroying dozens of homes.

Sharon Benson, 63, said her roof was damaged and her garage door blown off. Windows were shattered and nearby trees were uprooted.

"The sky lit up and there was a lot of pop-pop-popping" and thunder, she said.

Authorities in multiple states reported deaths in crashes on icy roads , including two people whose vehicle slid off a road and overturned in a waterway in Kentucky on Sunday, state police said. A Mississippi man died after losing control of his vehicle, which overturned on an icy road Monday night near Starkville, Oktibbeha County coroner Michael Hunt said Tuesday.

In Texas, three young children and their grandmother died in the Houston-area fire, which likely began while they were using a fireplace to keep warm during a power outage, a fire official said. And in Oregon, authorities on Tuesday confirmed the deaths four people last weekend in the Portland metro area of carbon monoxide poisoning.

At least 13 children were treated for carbon monoxide poisoning at Cook Children's Medical Center in Fort Worth, the hospital said in a social media post, which warned that families were "going to extreme measures to warm their homes" — with propane or diesel-burning engines and generators, gas ovens and stovetops. One parent died of the toxic fumes, pediatrician Phillip Scott told Fort Worth television station KTVT.

Other Texas deaths included a woman and a girl who died from suspected carbon monoxide poisoning in Houston at a home without electricity from a car left running in an attached garage, and two men found along Houston-area roadways who likely died in subfreezing temperatures, law enforcement officials said.

In western Tennessee, a 10-year-old boy died after falling into an ice-covered pond on Sunday during a winter storm, fire officials said.

At midday, more than 2,700 U.S. flights had been canceled, led by more than 800 at Dallas Fort Worth International Airport and more than 700 at Bush Intercontinental in Houston.

Authorities pleaded with residents to stay home Tuesday. About 100 school systems closed, delayed opening or switched to remote classes in Alabama, where forecasters said conditions might not improve until temperatures rise above freezing Wednesday afternoon.

Associated Press staff around the United States contributed to this report.