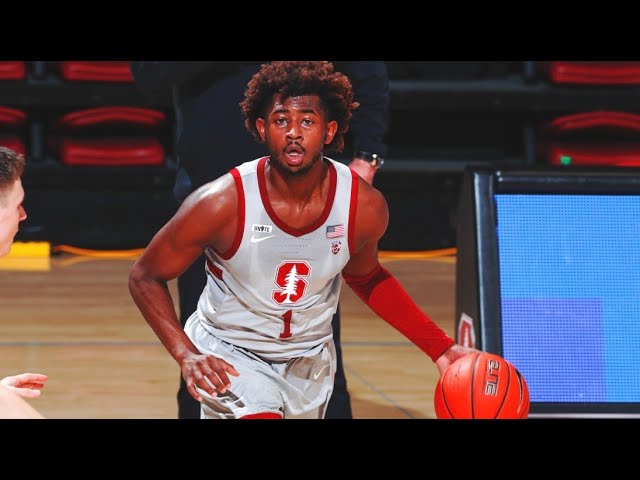 SALT LAKE CITY — Alfonso Plummer couldn't be stopped in the opening minutes of the game. Utah started with a 14-4 run, and Plummer accounted for eight of those points to give the Utes a much-needed start on the back end of its Northern California road trip.

And just as fast as Utah built up a 10-point lead, its largest of the night, it all stopped in an instant.

Stanford reeled off a 23-4 run behind a dominant performance in the paint — Stanford outshot Utah 20-8 under the basket — and flipped the script on a Utah team that was looking for its fourth straight win and first back-to-back road wins in conference play this season.

Utah finished the half on a nearly six-minute scoring drought and made only two of its last 11 field goals. They shot a meager 31% from the field on only eight-made baskets, and 50% (3-of-6) from the free-throw line after a solid night Thursday from the charity stripe that helped Utah beat California in a narrow win.

The second half didn't go any better for the Utes, who started out with four turnovers on its first five possessions and allowed Stanford to maintain a double-digit lead for much of the game before beating Utah 73-66.

"We got off to a great start — an awful lot of energy, we were defending, made baskets and then we went through that dry spell at the end of the first half, which was a little bit of a combination of missing some open looks and they put an awful lot of pressure on us," Utah head coach Larry Krystkowiak said.

Utah (9-8, 6-7) made a last-ditch effort to overtake Stanford and started a full-court press in the final two minutes of play to cut Stanford's lead down to 6 points behind a made Plummer 3-pointer, but the Cardinal weathered the small run-off made free throws to quell Utah's hopes of a comeback.

Stanford (13-8, 9-6), who is a borderline NCAA Tournament team, was led in scoring by Spencer Jones. The sophomore forward scored 11 of his 17 points in the second half, which included three key 3-pointers in the second half to stop Utah's run. Oscar De Silva added 13 points on 6-of-9 shooting from the field in 25 minutes of play before fouling out of the game with 4:06 to play.

Plummer added 6 additional points for the Utes in the second half to finish with 14 points as one of three Utah players to finish in double figures. Junior Timmy Allen led Utah with 18 points, which included going 7-of-8 from the free-throw line, and eight rebounds. Starting center Branden Carlson added 12 points and 11 rebounds in the loss.

Utah was without starters Rylan Jones, who was held out for a second-straight game due to a shoulder injury, and Mikael Jantunen, who returned to Europe to help the Finnish National Team (more on that below).

In their absence, Krystkowiak went deep into his bench and played nine total players, including rarely seen players in Jordan Kellier, Jaxon Brenchley and Lahat Thioune.

Jantunen goes back to Europe

Approximately 30 minutes before Utah was set to tipoff against Stanford, the university said Jantunen would miss the "next few games" as a result of the sophomore forward heading back to Europe to join the Finnish National Team as it prepares for a game against Switzerland. The national team hopes to advance to the FIBA EuroBasket 2022 Qualifier with a win, according to the university.

"We wish Mikael and the Finnish National Team all the best as they take care of business over at the FIBA EuroBasket 2022 Qualifier," Krystkowiak said, adding that he hopes to see Jantunen back during "the home stretch of the season and compete in the Pac-12 Tournament."

Following the game, Krystkowiak said the Finnish National Team's game was supposed be played in spring, when it wouldn't impact the team's season, but he said he's always been supportive of helping his national team.

"It's been postponed two times; they weren't sure it was even going to happen," Krystkowiak said. "But we've been in talks for a while — this goes back to when we originally recruited Mickey. There was always going to be a promise made on my part that he could take part in all the national team events, and here we are in the middle of a COVID year when it impacted our team — any other year it doesn't have that impact."

The university said the national team requested Jantunen join the team in the elimination game against Switzerland, which is set to take place Feb. 19 at 3 a.m. MST.

"It wasn't an easy decision and I never want to miss any games," Jantunen said in a statement. "At the same time, I'm going to play for my country and when they called saying they needed me, I felt like I had to go and I want to go help us qualify for the tournament. I've been playing with the national team since I was a teenager and it's been a dream of mine to play for the senior national team and represent my country."