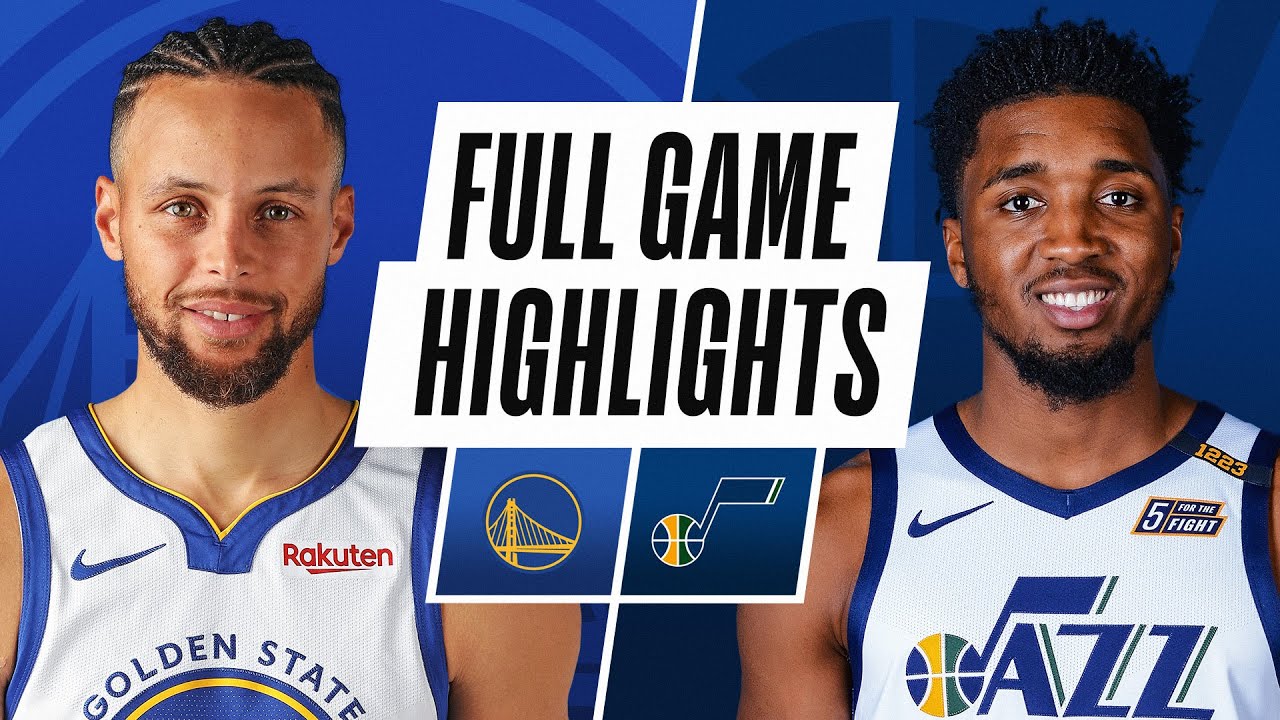 The Warriors' team plane had multiple technical difficulties, resulting in a delayed takeoff on Friday and an arrival time of about 1:30 a.m. Saturday morning.

"It was just one of those strange games that happen every year on the schedule, where everything goes wrong and your preparation is off and you have no idea what to expect," Golden State coach Steve Kerr said before tipoff. "In this particular case, we're coming in to play the hottest team in the league. So we'll have our hands full tonight."

That ended up being a bit prophetic.

As bad as the trip started for the Warriors, it ended worse. By the time the Jazz finished their 127-108 win over Golden State on Saturday, a few hours waiting at an airport probably didn't sound too bad.

Utah (12-4) scored the first 14 points on Saturday, led by 30 at the half and took a 40-point lead into the fourth quarter before Jazz coach Quin Snyder opted to show some mercy and removed his regular rotation from the game.

The win was Utah's eighth straight victory — the longest winning streak in the league this season.

It was once again a display of a team that is looking more and more like a contender.

Bogdanovic wasn't just being modest — he was right. He had three assists in Utah's first five possessions as Utah jumped out to a 14-0 lead in the first 2:06 of the game. He wasn't suddenly Utah's primary playmaker, he simply was swinging the ball to an open teammate — and that simple philosophy is what helped the Jazz roll off eight straight wins.

Snyder's offense isn't designed to give a player big assist numbers. Case and point: Ricky Rubio's lowest assist seasons were the two years he spent in Utah (though those are seen as two of his more successful seasons), and Conley had his lowest assist season since his second in the league in his first year in Utah.

The Jazz system isn't reliant on one player creating shots for everyone else. In fact, that's why it's been so successful. Now, the Jazz are just hunting more threes with the same philosophy and the results have been pretty good so far.

"Guys are focused on moving it, taking open looks, everybody's trying to do their part," Snyder said.

Bogdanovic was doing his on Saturday, and the players he was passing to just so happened to keep shooting. Six of Bogdanovic's eight assists were for 3-pointers.

"Rudy's really doing a great job rolling and then every other team is kind of getting into the paint and then we have a lot of open three. So whoever is handling the ball he's got those open passes outside," Bogdanovic said.

Bogdanovic wasn't alone. The Jazz had 28 assists as a team in the win. Mitchell had his six, and Royce O'Neale and Joe Ingles both had three. As for Conley? He finished with just a single assist. That's not a sign that he played poorly; far from it. His passes just often started Utah's offensive sets — and not end them.

"Utah came out on fire, they executed their offense beautifully. We weren't rotating well. It was a rough go out there. … Obviously, it wasn't our night," Kerr said.

The Jazz were 20-of-50 from 3-point range, marking the fifth time the Jazz have made 20 or more 3-pointers during the eight-game stretch.

"The biggest thing about moving the ball is when we pass the ball accurately, that allows things to happen," Snyder said. "We just gotta keep trying to improve. And that's been part of it — the accuracy of our passes and taking care of the ball and moving it."