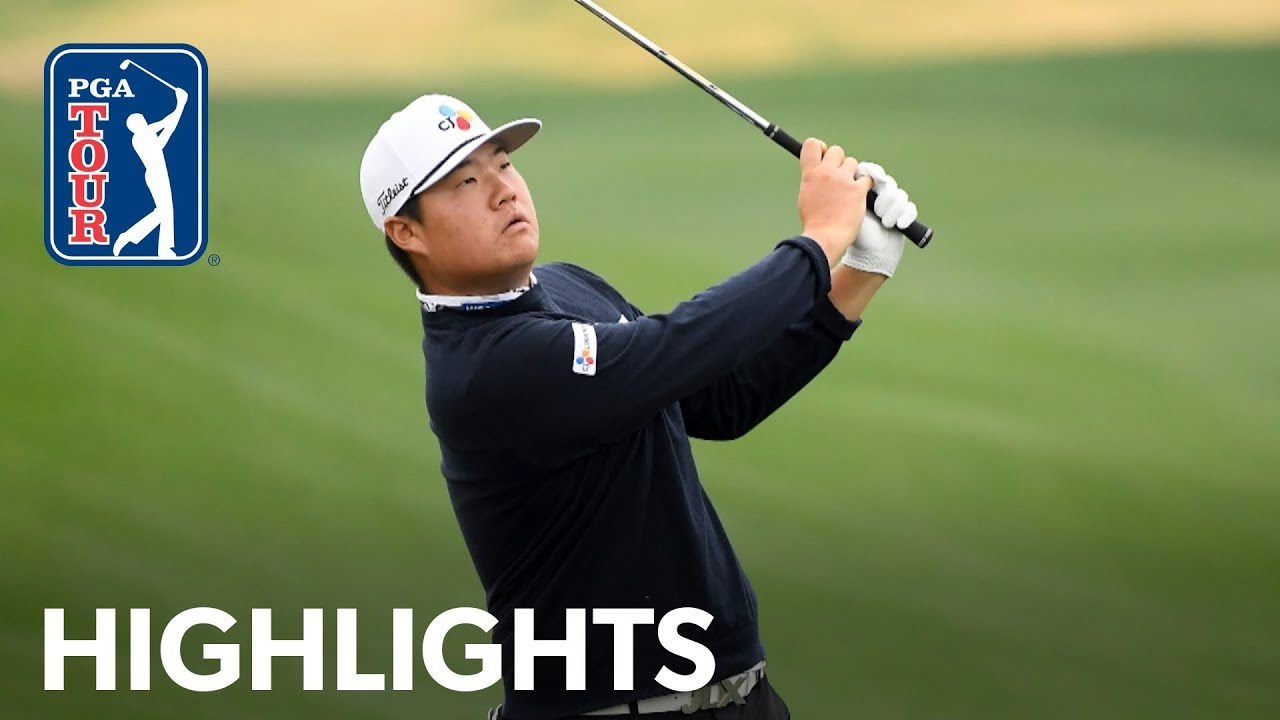 LA QUINTA, Calif. (AP) — Although Sungjae Im hasn't been on the PGA Tour for very long, the 22-year-old South Korean already feels awfully comfortable on the generous desert courses at The American Express.

So do plenty of other pros, and that's why the leaderboard is so crowded heading to the weekend.

Im shot a 7-under 65 on Friday at The American Express to take a one-stroke lead over first-round leader Brandon Hagy and four others.

Im, the tour's rookie of the year in 2019, had seven birdies in a bogey-free round on the Stadium Course at PGA West, highlighted by three in four holes around the turn. After struggling with his putter in recent weeks, he banged in a 22-footer and an 18-footer for consecutive birdies late in his round.

"Visually from the tee box, it's a course that I really like and enjoy to play, so I felt really comfortable throughout the round," Im said. "The two courses that we're playing this week, I like those courses, and that's what led me to a good score."

Hagy was in position to join Im at 11 under, but he bogeyed his final hole with a tee shot into the fairway bunker to finish his 70.

Tournament host Phil Mickelson missed the cut, but made 18 pars Friday for the first time in his 2,201 rounds of PGA Tour play.

With his drives looking sharp and his mid-range putts dropping regularly, Im is off to another strong start at a tournament in which he has already finished 10th and 12th in his short Tour career.

"I'm pretty satisfied with how I played all of my shots," Im said. "Speaking of putting, I started drawing a line on the ball as I visualize my putts, and that seemed to work pretty well today."

Im also feels he might have an edge because didn't travel home to South Korea during the holiday break due to the mandatory coronavirus quarantine required. Instead, he stayed in the house he recently purchased in Atlanta and practiced for the new season.

The leaderboard was stacked with low scores as usual at the Palm Springs-area tournament long hosted by Bob Hope. Im, Taylor and Ancer were among 12 players who didn't make a bogey Friday.

After splitting the first two rounds over two courses, the players will all play the once-feared Stadium Course for the final two rounds. Heavy cloud cover never developed into rain Friday, but there's a possibility of afternoon showers Saturday.

Hagy made 10 birdies in his opening round, but got off to a rough start Friday on the Stadium Course with two early bogeys. He rallied with birdies on his 16th and 17th holes, but his errant drive on his final hole kept him one shot off the pace.

"I feel comfortable here," Hagy said. "I'm a California kid, been to Palm Springs a ton of times, so I know the courses well. ... The first two rounds of this tournament are showing me that the stuff I'm working on, especially this offseason, is definitely getting better."

Taylor, who also led the Sony Open after two rounds last week, shot a 66 with six birdies on the Stadium Course. He had three straight birdies on the back nine of his bogey-free round, including a 24-foot birdie putt on the 15th and an 18-footer on the island green at the 17th.

Taylor appears to be rounding into impressive form as he prepares to defend his Pebble Beach title in three weeks.

"My game feels really good right now, so hopefully it keeps peaking," he said. "It was a lot of intimidating tee shots, iron shots into greens. I feel like I missed in the right places. I drove it really nice on the par-5s and gave myself pretty easy looks on a few of them."

Mickelson finished his two rounds at 2 over, but making 18 pars felt encouraging to the 50-year-old veteran as he heads back to his native San Diego area next week.

"It's surprising, because I really try to hit fairways and center of the greens and just make easy pars," Mickelson said. "For that to be the first time, it's really shocking. ... There's a lot of good things to take from it — the way I'm driving the ball, my iron play. There's a lot of positives. If you look at the scorecard, it's pathetic. I'm not denying that. But I think that it's a little bit closer than it looks."