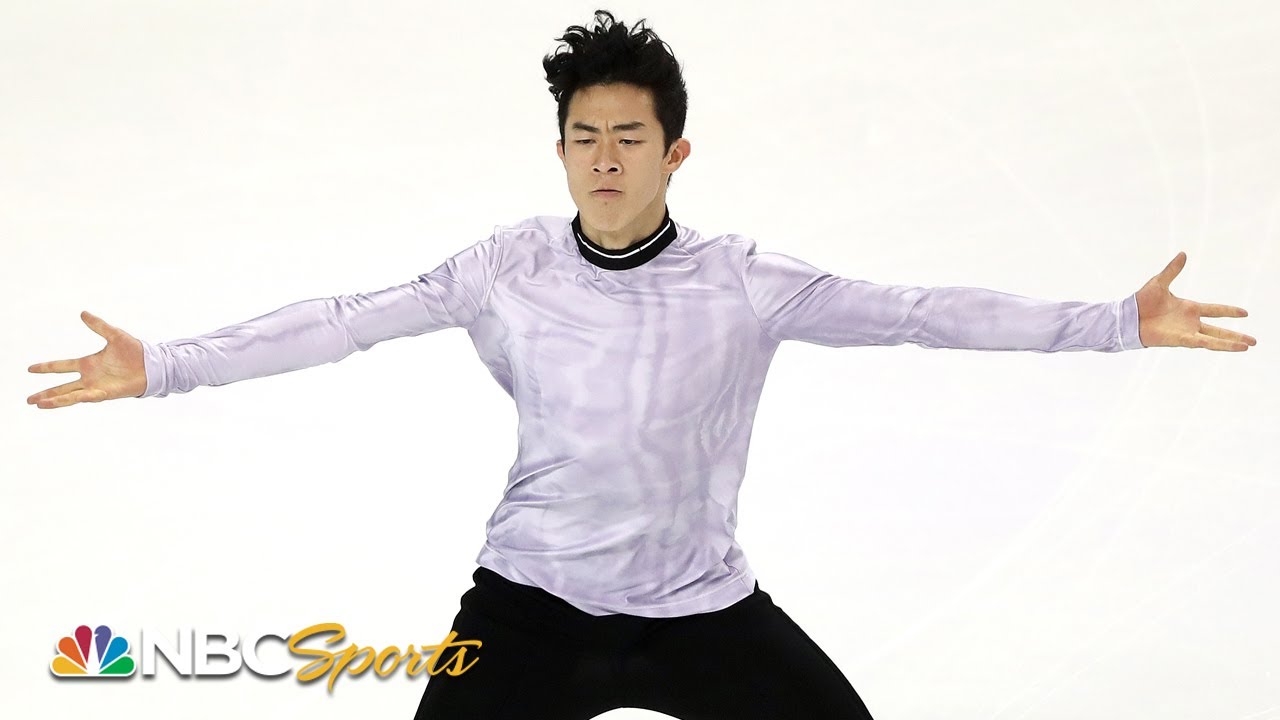 As he has done since his last loss at the Pyeonchang Olympics — yes, nearly three years ago — the dynamic Chen was nearly perfect and rather playful in winning the short program Saturday at the U.S. Figure Skating Championships on Saturday.

Seeking a fifth straight national title, something no man has done since Dick Button from 1946-52 with seven, Chen put out the most difficult routine that any man anywhere attempts. He hit a quadruple lutz, triple axel and an excellent quad flip-triple toe loop combination in scoring 113.92 points.

"I'm thrilled with the short program today," said the two-time world gold medalist. "I made a couple little bobbles on the landings and wish I had skated a little bit cleaner but overall I'm really happy with the program.

Alexa Knierim and her new partner, Brandon Frazier, won pairs in their first nationals as a team.

Chen's fellow 2018 Olympian Vincent Zhou put the pressure on by nailing a quad lutz-triple toe loop combination with his arms raised above his head, a solo quad salchow and a triple axel, all as smooth as freshly swept ice.

Zhou, who skipped much of last season, benefited from that break. He also changed coaches, then finished second to Chen at Skate America in the fall; fought off some ankle and back injuries; and on Saturday looked calm, relaxed and at his peak in setting a career best at 107.79 points.

"A score like that didn't seem like an impossibility in my head. I knew that if I got the job done I was very capable of that," Zhou said. "At the beginning of this year at a small, local competition, in Colorado, I scored 103 with a clean program. That was way before Skate America, that was way before I put all this effort into developing the quality of everything: my landings, my spins, my choreography. So I know that with that much room to grow I could definitely score a couple points higher than 103.

"But the whole year was just about not being too hard about specifically points but rather just keeping my head down and working to get myself to the point where if I skated like I did in practice, if I got my job done, then that would be very possible."

Jason Brown, a 2014 Olympian and the 2015 U.S. champion, was third at 100.92. Brown doesn't have the jumping repertoire of Chen or Zhou, but his artistry on the ice has made him a factor on the U.S. scene for nearly a decade.

"It's a crazy year, thrilled to be here," Brown said. "It felt great to skate and compete again. It's been almost a whole year since getting to do that. Just thrilled with the opportunity, happy with the performance."

Later Saturday was the free dance.

Knierim rarely if ever put forth such a powerful performance with her now-retired husband Chris — and they won three national titles and an Olympic team bronze together. The way she meshed with Frazier, who won a national championship himself with Haven Denney in 2017, was particularly noteworthy.

National champion Bradie Tennell and third-place finisher Karen Chen were selected for the world championships team. The federation reserves the right to choose skaters for worlds and the Olympics regardless of how they finish at nationals. Tennell won her second U.S. title Friday night; she also finished first in 2018. Tennell is also an Olympic bronze medalist in the team event at the Pyeongchang Games.

Karen Chen, the 2017 U.S. champion, was picked over Amber Glenn, whose second-place showing this year was her first podium placing at nationals. The United States has only two spots; the maximum for a country is three.

The 2021 world championships are set for March 22-28 in Stockholm. But it's uncertain if they will happen because of the coronavirus pandemic that also forced cancellation of the 2020 worlds in Montreal.