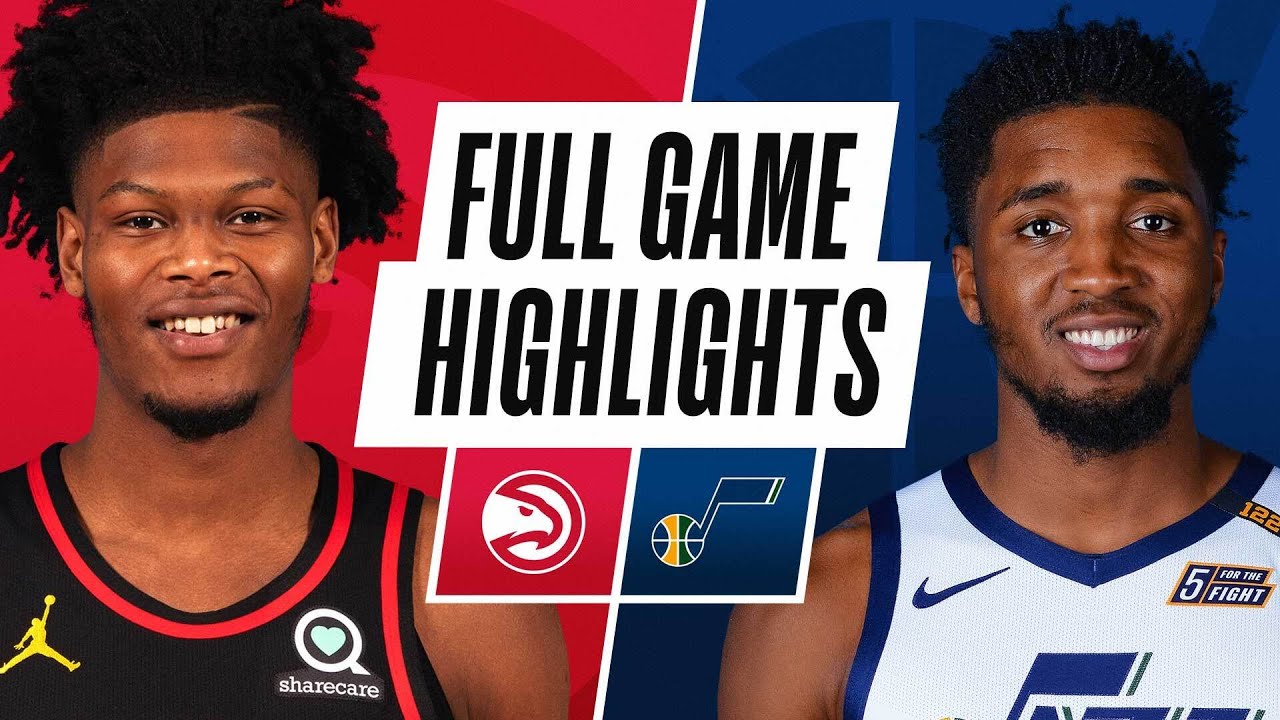 SALT LAKE CITY — It's no secret to say the Utah Jazz struggle with high-scoring guards.

It's been their demise in each playoff defeat of the Quin Snyder era. First it was Steph Curry, then James Harden — twice — and last season Jamal Murray joined the group of guards putting up ridiculous numbers as they ousted the Jazz from the postseason.

But it's not just a problem that has been confined to the playoffs. Damian Lillard's games against Utah have been close to legendary and Kyrie Iriving blitzed the Jazz earlier this month. So with Trae Young coming into town Friday, you wouldn't have been too foolish to think the young All-Star was set for a big night.

With those numbers (the 4 points ties Young's career-low), it's no surprise the Jazz breezed to a 116-92 win at Vivint Arena in what was their fourth straight win.

So how did the Jazz suddenly become a perimeter stopping team?

If the Jazz weren't picking Young up at half court, they were running another guy at him to trap; or they were doubling him 80 feet from the basket; or forcing the Hawks to inbound to someone else and then face guard him the entire way up the court.

The idea was simple: get the ball out of Young's hands any way possible.

"It really was just a complete team effort," said Mike Conley, who had 15 points, eight assists and four steals. "He's a guy that can score 50 on you in a second and just trying to keep the ball out of his hands as much as possible. That was the game plan and the times we did it we looked really good."

It wasn't a novel concept; far from it. But the Jazz executed it to near perfection. Conley was the main on-ball defender, picking up Young high up the court to try and get him to give up the ball or funnel him into the center where Rudy Gobert was waiting. Gobert had four blocks to go along with his 15 points and 13 rebounds.

"Mike Conley has been an incredible on-ball defender this year," said Donovan Mitchell, who had a game-high 26 points. "He's doing a great job of making it tough — just trying to find ways to disturb and then on top of that run our offense. It's not an easy job for an old guy like him. … That's really setting the tone for us, defensively. We see him picking up and it kind of turns our energy up as well."

Throughout the night, the looks on Young would change. Mitchell and Royce O'Neale, at times, doubled him when he crossed midcourt. And O'Neale even face-guarded him for an entire possession — and it started on the opposite baseline.

Everything the Jazz threw at Young worked. It didn't just stall Atlanta, it was the catalyst to an explosive Utah offense.

The Jazz had 27 fastbreak points Friday (they average 18.6 on the season), but the bigger thing from Friday was how efficient Utah was when it was out on the run. The Jazz had an offensive rating of 185.7 in transition plays. In layman's terms, that's nearly a layup on every single possession.

"Well I think we're a little bit more active in creating turnovers and deflections that gives our offense a little bit of a boost by getting out and running and getting easy baskets," Conley said. "We want to run and get up and down and get shots up but I think getting live-ball turnovers where we can get down and create easy opportunities can really do well for offense."

That happened between the third and fourth quarters when the Jazz went on a 21-0 run to take complete control of the game.

"Guys made the easy plays and that's what you want in those situations," Conley said. "Guys making the right decisions."

Now, the question is can the Jazz replicate the performance. It shouldn't be expected for Utah to hold every lethal guard to a career-low, but simply stopping them from having career nights should be enough. Mitchell credited Conley for his on-ball defense on Young — can he be that same guy on Jamal Murray?

Sunday, when Denver and Utah rematch for the first time since their historic first-round matchup in August, could provide the answer.

"We're ready to go," Mitchell said. "We've been waiting for this since September 1."

On Friday against Atlanta and Trae Young, they definitely looked it.