Utah Jazz a no-show in 34-point loss to Brooklyn 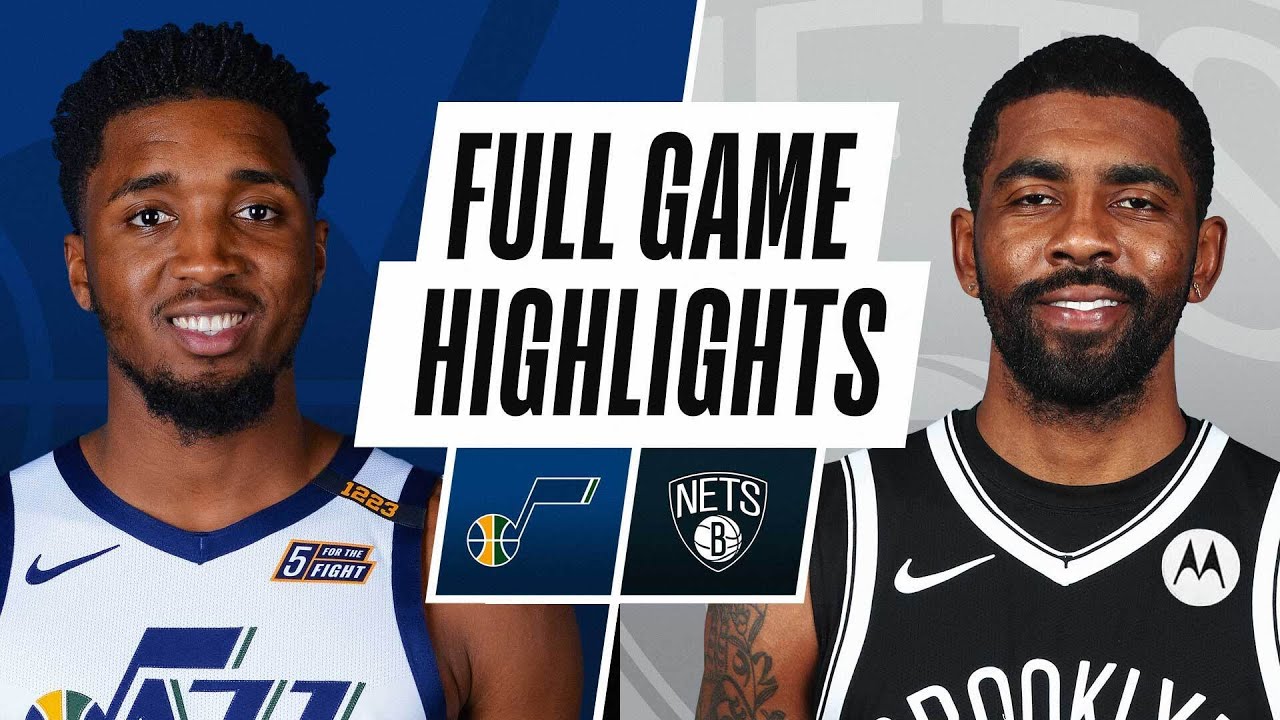 SALT LAKE CITY — With 7:34 left in the fourth quarter, Utah Jazz coach Quin Snyder mercifully pulled his rotation players. In reality, it felt like those players never showed up in the first place.

It was the type of performance the Jazz had said they were committed to avoiding. And it was one that Snyder didn't feel he needed to warn against.

Turns out, he did.

The Brooklyn Nets were without Kevin Durant on Tuesday. It didn't matter — not by a long shot.

Kyrie Irving scored 18 of his 29 points in the first quarter as the Nets dominated the Jazz from the opening tip on, beating Utah 130-96 Tuesday at Barclays Center in Brooklyn.

It was a no-show performance, plain and simple. The Jazz were down 21 at the end of the first quarter as the Nets got whatever shot they wanted — which mostly were layups — and things never got any better.

The Jazz followed up what may have their best performance of the season on Sunday with clearly their worst.

The biggest problem: It was all too predictable.

"We have that tendency to fluctuate, and we just didn't come out ready for their pressure. We've seen this before. We've seen it a bunch this season," Jazz guard Donovan Mitchell said.

The Jazz are 4-3 on the season — all three of their losses (and one of their wins) followed a similar trend — punched in the mouth at the beginning and not able to respond.

"I just didn't bring it tonight, especially in the first quarter," Jazz center Rudy Gobert said. "I have to set the tone for my team, for my teammates, every single night. And tonight, I didn't start the game with the intensity that I should have."

He was far from alone.

"We play well one game; the next we don't play well," Gobert said. "If you want to be a great team, we have to find a way to bring it every single night."

Mitchell scored 31 points, but they were mostly all empty stats as the Jazz were down by 20-plus points for much of the game. And he was the only one that could kind of make the argument he had a decent night (though he didn't).

Bojan Bogdanovic had just 4 points, Mike Conley finished with 8 and Gobert had 10 points and 11 rebounds while being severely outplayed by Jarrett Allen. The Brooklyn center entered Tuesday's contest with averages of 9.6 points and 10.7 rebounds; he had 19 points and 18 rebounds on Tuesday.

"I started the game soft and it gave him confidence to think that he could do anything he wanted," Gobert said. "And he did pretty much that throughout the game."

Allen and the rest of the Nets.

"There wasn't really anything we did well," Snyder said. "Beginning with transition early, not getting back with urgency. We didn't contain the ball. Probably the overall theme was our inability to protect the paint."

The thing was, Snyder kind of saw it all coming. While coaching in what was then the D-League, Snyder saw a team's top player get called up only for the team to come together to find a way to win. The Nets started a group — Irving, Allen, Taurean Prince, Bruce Brown and Jeff Green — which had never played together before. But along with a bit of mystery, it comes with some added competitiveness. These players wanted to prove they could win without Durant.

"It's hard to say that they're better without him," Snyder said before the game about Durant's absence. "You're talking about one of the very best players — a Hall of Fame player — that this league has ever seen. But at the same time, they're different."

It wasn't just the D-League that Snyder has seen it, either. Last season the Houston Rockets came to Salt Lake CIty and blew out the Jazz without Russell Westbrook and James Harden.

"We've been in (these situations) before and we've lost those games before," Snyder said. "You don't have to bring that up; I didn't choose to today. But it's real."

He may bring it up next time. Or at least remind the Jazz of Tuesday.

"That can't happen after a really, really good performance. It's been the story all season," Mitchell said. "We got to figure out who we want to be."