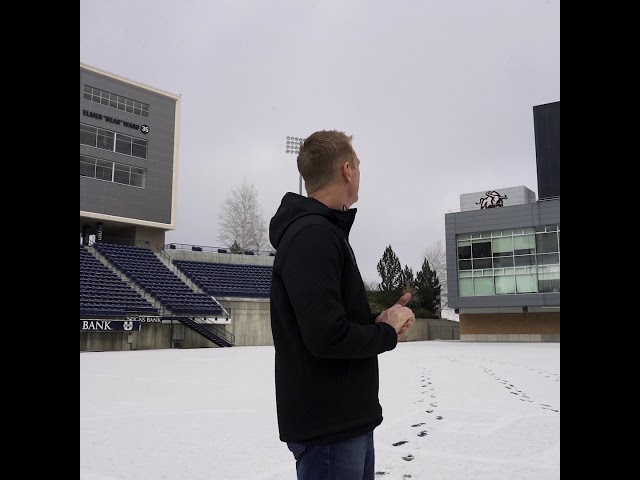 But all is not right in Aggie land.

Within moments of Utah State confirming the arrival of new head football coach Blake Anderson from Arkansas State, the university's board of trustees also called for an independent review into alleged remarks made by USU President Noelle Cockett about former interim coach Frank Maile.

Anderson, who spent seven years at Arkansas State and led the Red Wolves to six consecutive winning seasons, will be introduced Monday as the Aggies' 29th head coach at a press conference that will be streamed live at UtahStateAggies.com/watch.

"On behalf of Aggie nation, I am thrilled to announce Blake Anderson as our new head football coach," Utah State athletic director John Hartwell said in a news release. "I have watched his Arkansas State teams over the past seven years, first when I was at Troy and then here at USU, and I am excited for our fans to witness first-hand his high-octane offense and championship brand of football.

"Blake is an outstanding football coach and an even better person. His emphasis on total development of his student-athletes in the classroom, on the field and in preparation for life after football, will be a great asset for Utah State University."

In a near-simultaneous announcement, the university's board of trustees said it would conduct an independent review of concerns stated by football players following a recent Zoom call on Tuesday, Dec. 8, wherein Cockett allegedly made reference to Maile's religious and cultural background in relating why he will not be the next full-time head coach.

The meeting, which was not recorded by the university, was first reported by Stadium.

"We take this matter seriously and understand that facts and details matter," said Jody Burnett, chair of the school's board of trustees. "The players' statement did not provide details about what was said. As a result, we will be working with an independent investigator to understand what was said during the meeting and the context for the alleged statements. Consistent with our university culture, USU is committed to listening to students, and we will handle this matter with integrity, fairness and open minds."

While the players' statement didn't state specifically what Cockett had said during the Zoom call, the comments led the players to opt out of the Aggies' final game of the season on Saturday.

"During the meeting, we voiced our support for Interim Head Coach Frank Maile," the statement provided to Stadium said. "In response to our comments, their primary concern was his religious and cultural background. Players, stating their diverse faiths and backgrounds, then jumped to Coach Frank Maile's defense in treating everyone with love, equality, and fairness."

The players made it clear that choosing to end the season early had nothing to do with Anderson getting the head job. They stated they were sure "he is an excellent coach" and expressed excitement about meeting him and the staff he'll put together. The point of coming forward, they said, was to highlight what they felt were "ongoing problems of inequality" happening at USU.

The players claim that the university has demonstrated a pattern of discrimination. Last December, the players claim the USU head equipment manager used a racial slur when addressing a black player. After an investigation in the summer, the players' statement said, the administration allowed the manager to stay on staff.

The board of trustees will not comment further on the investigation, its statement said.