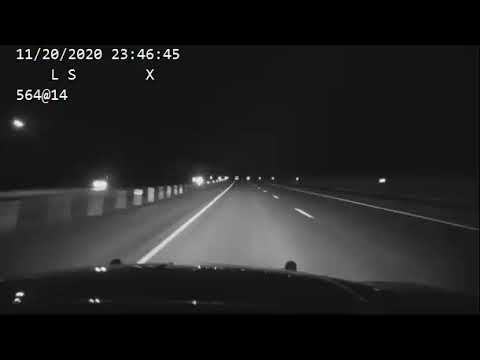 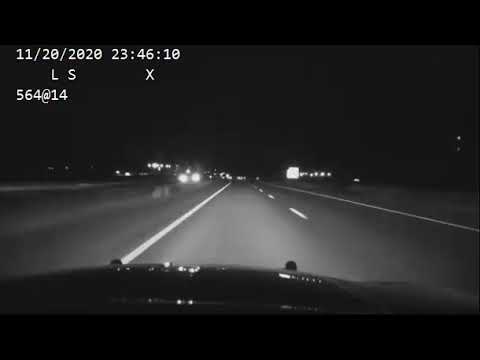 Southbound traffic on I-15 at time of wrong-way intercept and crash: UHP dash-cam

SALT LAKE CITY — A wrong-way, impaired driver on I-15 traveling over 100 mph was stopped by a Utah Highway Patrol trooper who used his patrol car to intentionally ram into the other vehicle.

On Monday, the highway patrol released dash-cam video from Hall's patrol car of the dramatic events.

The incident occurred on Friday about 11:30 p.m. when dispatchers received multiple 911 calls of a wrong-way driver on I-15 north of Nephi. The vehicle was traveling north in the southbound lanes, the UHP stated.

At one point, the vehicle was traveling 110 mph, according to a police affidavit.

In dash-cam video, trooper Hall's engine can be heard roaring as he speeds to get ahead of the minivan, which can be seen traveling in the next lane over, going the wrong-way with headlights of several oncoming cars approaching. Near the Mona exit, Hall pulled off into the median to cross from the northbound lanes into southbound traffic, and then rammed into the minivan as it passed him.

"The van was pushed off the roadway near the freeway fence. Officers from Nephi Police Department and Juab County Sheriff's Office arrived on the scene seconds after and placed the driver into custody without incident. Trooper Hall was uninjured in the crash, his car sustained major damage and all the airbags deployed. The driver of the van had some minor abrasions from flying debris during the collision," the UHP stated.

Cory Roy White, 43, of Eagle Mountain, was arrested at gunpoint and booked into the Juab County Jail for investigation of DUI causing serious injury, reckless endangerment, being an alcohol restricted driver, having an open container in the vehicle, not driving with an interlock device, reckless driving, speeding, driving on a revoked license and driving on the wrong side of the road.

When asked why he was driving on the wrong side of the road, White said "that he thought it was all a dream, and said that he thought the trooper was just trying to race him," according to the police affidavit.

A urine test conducted at a local hospital tested positive for the presence of meth, the affidavit states.

Court records show White has a lengthy record of driving offenses. He has already been charged twice this year of driving without an interlock device, according to court records.