'This is not a knee jerk reaction': USU AD explains why the Aggies parted ways with Gary Andersen 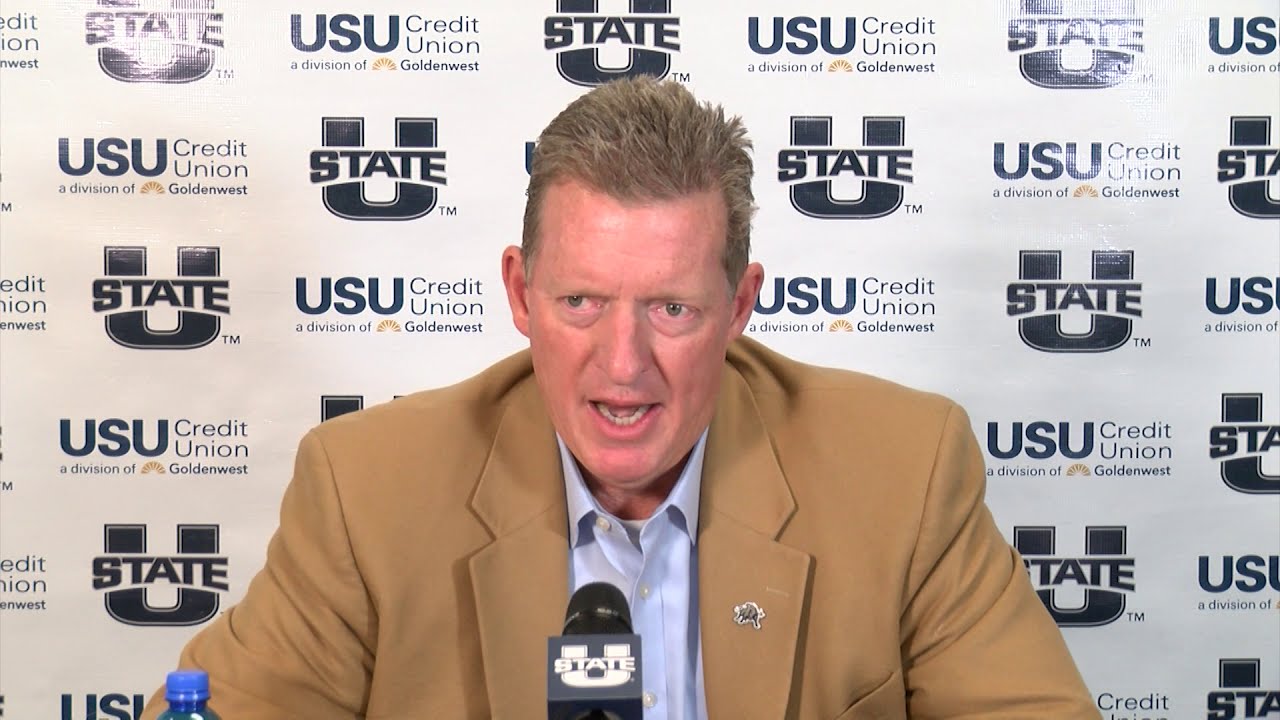 LOGAN — Gary Andersen returned to Utah State — the magic just didn't come back with him. It only took a season and some change for Utah State athletic director John Hartwell to realize that.

Firing Andersen wasn't something Hartwell had thought about before the season began — and it wasn't something he really considered following the first loss of the year or even the second. But as he took a closer look at how the team was performing (the Aggies didn't just lose, they were routed) and as he talked with Andersen himself, it became clear: the reunion wasn't working out and he didn't think it was going to work out either.

"This is not a knee jerk reaction," Hartwell said Monday. "This is not a one-day or a one-game or a one-event type thing. He and I have been in pretty close conversation and meetings over a period of time. And the first three weeks, other than a snippet here and there, was not Aggie football as we've grown accustomed to."

The ironic thing is that Andersen was the one who got Utah State accustomed to winning in the first place. It was he who turned around a downtrodden program into a conference-title contender and a regular bowl game participant. But after taking over a 10-2 team from Matt Wells, Andersen went just 7-9 in his second stint. In 2008, that would have been fine. In 2020, the Aggies expect more.

"That's not the product he wanted. That's not what I want," Hartwell said. "It's not what any of Aggie Nation wanted. And it was not just a matter of where we were and the trajectory of the program as well."

The move shows how Utah State now views its football program. One good season scattered amid a sea of mediocrity is no longer acceptable. Andersen first showed the university and the fan base that you can win in Logan; Matt Wells proved it could be sustained, and now winning is the expectation. An expectation that Andersen, despite what he had done before for Utah State, wasn't meeting.

"This is a much different league that we compete in today than it was the WAC, when he was here (the first time)," said Hartwell, who was not at Utah State during Andersen's first sting with the program. "I mean that was a good League, but this is a really good league and, to borrow a basketball term, there are no layups in this league. It's a grind. And the thing is people are getting better in our league, I mean not just from a facility standpoint, but the talent level is going up."

Hartwell didn't want the Aggies to be left behind, so he made a change in leadership. A decision that caught the team off guard.

"It was out of left field, man," interim head coach and co-defensive coordinator Frank Maile said. "We had no idea. It was a huge surprise for me, to tell you the truth. I was a little confused about the decision, but obviously, the decision wasn't mine."

Football decisions, though, now fall to Maile. He said he wouldn't be changing the staff or asking the offensive staff to retool the offense, but he did bring up simplifying things to make it easier for the players to execute.

But more importantly, for him, is inspiring a team that is now hurting.

"They're losing someone that's very dear to their heart, someone they love and respect and, quite frankly, the majority of them are here because of him," Maile said.

Those players have the feeling that they failed him.

"Being a head coach you often get praised for the good things and then when bad things happen you get fingers pointed right at you," defensive lineman Justus Te'i said. "But to be honest, in my opinion, that's not the truth. I think me as a senior and a leader on the team, I need to do way better. I need to do way, way better leading this team. I need to be more productive on the field and to help us win games. I know for me personally, I definitely feel a sense (of responsibility).To just blame the outcome of the beginning of this year on one individual in my opinion is ridiculous."

Hartwell may not be putting the full blame on Andersen, but he didn't see him as the solution either. And that's why he made the decision now.

"We just felt the program was not going in the right direction and needed a change," he said.