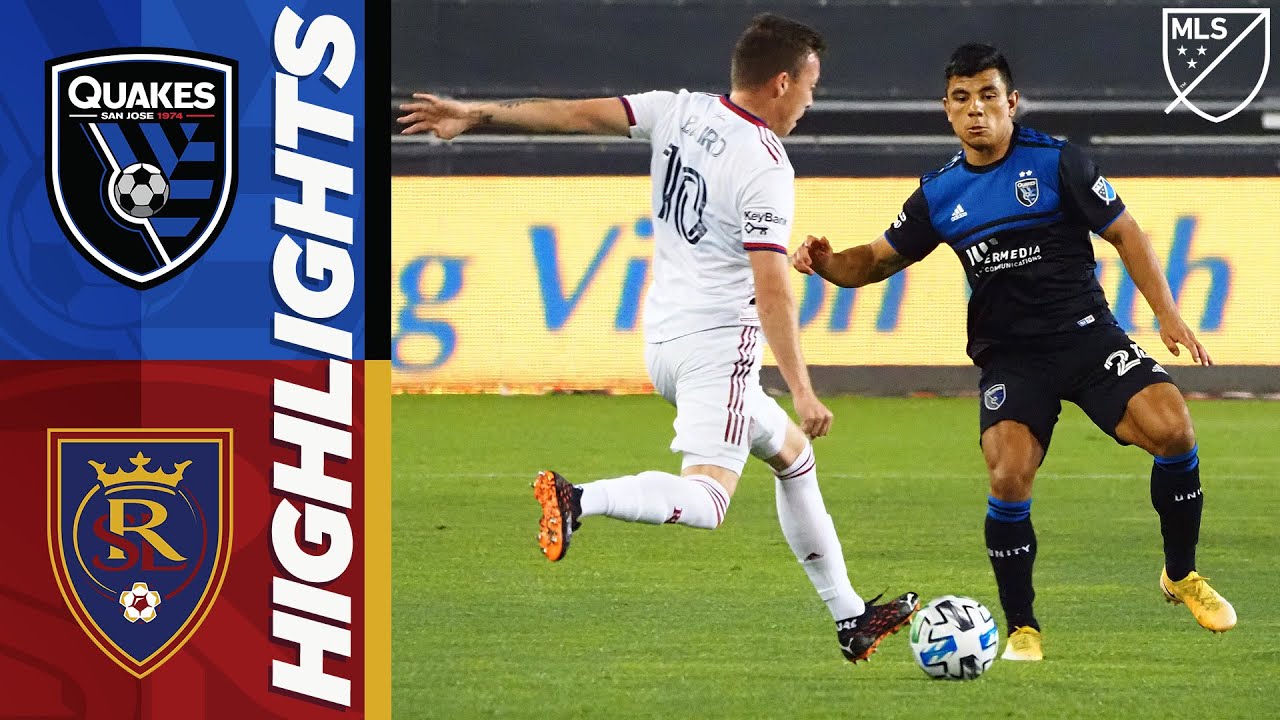 SALT LAKE CITY — On a night where everything felt set up in Real Salt Lake's favor, the club missed the most important part of a potential season-saving equation: its own three points.

A day after Vancouver lost 2-0 to Seattle, Houston dropped points with a 2-1 loss to Los Angeles FC and the LA Galaxy lost 5-2 to Portland. Not even FC Dallas' 2-1 win over Inter Miami could keep Salt Lake from leaping over the playoff line with a win over San Jose.

The only thing that kept them out was the San Jose Earthquakes.

Wondo to the rescue.

Chris Wondolowski scored two goals, and San Jose held off RSL 2-0 Wednesday night at Earthquakes Stadium in San Jose, California, dropping Salt Lake two points outside the playoffs and shrinking their hopes of a postseason bid to a thread.

"I think San Jose's system is one we haven't figured out yet," RSL defender Aaron Herrera said. "It's a team that's tough to play against, and we just haven't figured it out.

"This one hurts right now, obviously. It's been a tough year all around. But we've just got to give everything we have these next two games, and you never know what can happen."

Wondolowski extended his league-record career scoring mark to 165 goals in MLS regular-season play in what may be the 37-year-old striker's final season. RSL, meanwhile, failed to score a goal for the second-straight match in falling to 5-8-4 all-time against San Jose.

What needs to be better? Everything, RSL midfielder Albert Rusnak told team reporter Samantha Yarock after the match.

"With the ball, without the ball. We all have to play better," Rusnak said, "to look ourselves in the mirror and say this is far from good — this is far from the performance you need to get into the playoffs.

"Maybe it's still mathematically (possible), but with this loss tonight we made it difficult."

The Slovakian international who recently returned from national team duty in Europe expounded with the print media with the usual candor of the leader of a team that was held without an official shot on goal on nine shot attempts.

"If you're trying to be really optimistic and positive, you'll find a couple of good things throughout the 90 minutes," Rusnak said. "But to win a game, that's not good enough.

"Not a clear goal-scoring opportunity today; maybe half a chance. … At the moment, the situation is difficult for us and it's hard to find the back of the net. It's hard to score a goal."

With victories by the Timbers and LAFC, four teams from the Western Conference have clinched a spot in the conference's eight-team playoff bracket, while a fifth, Minnesota United, is six points ahead of eighth place with two matches left in the regular season.

In the 16th minute, Wondolowski, who has a league-record 165 career goals in MLS regular-season play, watched as Cristian Espinoza's shot was pushed off the far post, then finished with one touch for his fifth goal of the season for San Jose. The Earthquakes (7-8-6, 27 points) held RSL without a shot on goal through the rest of the half, and RSL — for as much as the club talked about "must-win matches" in the group's final-three sprint of the regular season — couldn't find an equalizer.

"The goals are too easy, and you can't give yourself a chance," RSL coach Freddy Juarez told KMYU. "You know with this team that you have to be able to handle transition moments well and take care of duels."

The visitors saw one attempt carom off the post, an attempted header by Marcelo Silva from a corner kick saved just wide, and had another free kick from Rusnak in the final minute of first-half regulation punched away by San Jose goalkeeper James Marcinkowski, who earned the shutout.

RSL (5-8-7, 22 points) tried to pull one back after the break with pressure early in the second half. But Aaron Herrera's right-footed shot in the 57th minute sailed wide to the left, and Damir Kreilach's drive into the box was flagged for simulation.

Then Wondolowski — or "Wondo" to his friends and U.S. national team fans — doubled the advantage in the 74th minute, redirecting a cross from Shea Salinas from a wide-open position to give the the Quakes a 2-0 advantage as fans blared on their car horns outside an spectator-less Earthquakes Stadium due to coronavirus restrictions in Northern California.

The best RSL could do was five shots blocked by a sticky San Jose defense.

"We were in the final third in the second half, but not brave enough to shoot quicker," Juarez said. "I felt like multiple times we were facing forward 18-20 yards, and we didn't shoot. If you don't shoot, you don't score.

"We were always waiting for the right shot, and they'll block. I thought we were in the area a lot in the second half. We just weren't quick enough to shoot."

Real Salt Lake travels to face the Los Angeles Galaxy — one of just three teams behind RSL in the standings — on Sunday. Kickoff is scheduled for 8:30 p.m. MT (KMYU). The currently scheduled home finale is set for Sunday, Nov. 8 against Sporting Kansas City.