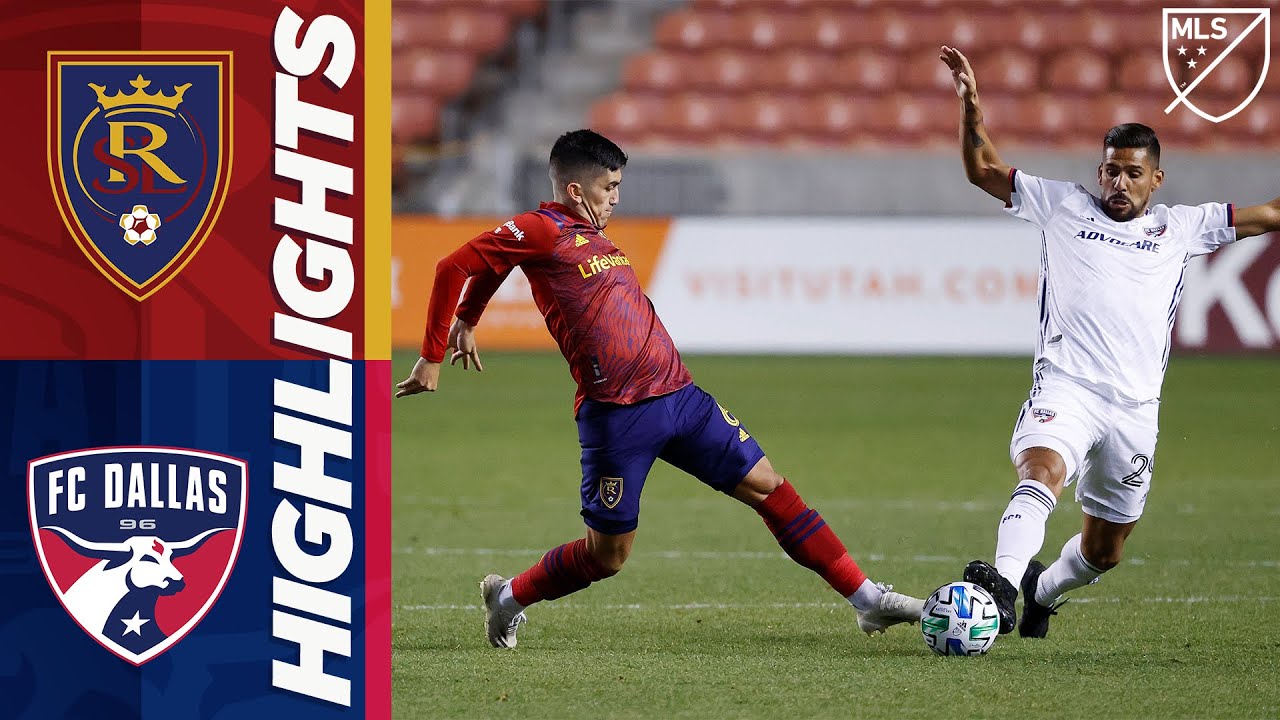 SANDY — Coming off a 10-day break with a playoff berth in sight, Real Salt Lake looked like the aggressor as it hosted FC Dallas at Rio Tinto Stadium Saturday night.

But after 90 minutes of play, being the aggressor meant little. RSL (5-7-7) couldn't finish at the goal, and the two clubs ended the night in a 0-0 draw.

That's not to say RSL didn't have its opportunities, though. The club had shot after shot after shot in the box but couldn't finish where it mattered most: in the back of the net.

"We had point-blank shots missed — some easy ones created — and that's all it was," Real Salt Lake head coach Freddy Juarez told KMYU after the match. "We didn't put it away."

Instead, the two clubs each ended with one point on a night where RSL out-shot FC Dallas 24-8 and had a good defensive performance. But it was the offense that ultimately couldn't get it done, when three points at home could have been a much-needed boost to RSL's playoff hopes.

Salt Lake came out looking to take an early advantage as Douglas Martinez hit a cross from Aaron Herrera 8 minutes into the match. But the open shot hit the post in what would be indicative of the night's performance. Still, RSL was active in front of the goal and managed 18 shots in the first half and three total shots on target on the night, all of which were saved by Dallas goalkeeper Jimmy Maurer.

Damir Kreilach had RSL's two other shots on goal a minute apart from each other, with the first coming in the 39th minute on a right-footed shot outside the box assisted by Albert Rusnak; Maurer dove near the right goalpost to keep a clean slate. Kreilach followed it up a minute later with a header to the top left, but Maurer again kept it out of the goal.

Dallas took advantage of RSL in the second half and made it a more balanced effort as Michael Barrios managed two shots on goal. His first came in the 60th minute on an assist by Franco Jara that was saved by RSL's Andrew Putna with little struggle. Barrios followed it up with a late attempt in the 85th minute — again saved by Putna.

"We did a good job defensively," Juarez said. "There were some moments where we didn't get behind the ball quick enough, and that's where they were dangerous. But other than that, I thought we controlled the situation well. We got a little desperate at the end, but we even handled that well and created a couple last-minute chances. We just didn't put it away today."

With a scoreless draw, RSL stands just outside the playoff line at ninth in the Western Conference standings with 22 points. The Vancouver Whitecaps FC managed a 2-1 win over San Jose to claim a vital three points and push RSL outside the playoff picture with three games — two of which are on the road — left in the regular season.

RSL will return to action on Wednesday (8:30 p.m. MDT, KMYU) at San Jose in a pivotal match with playoff implications.