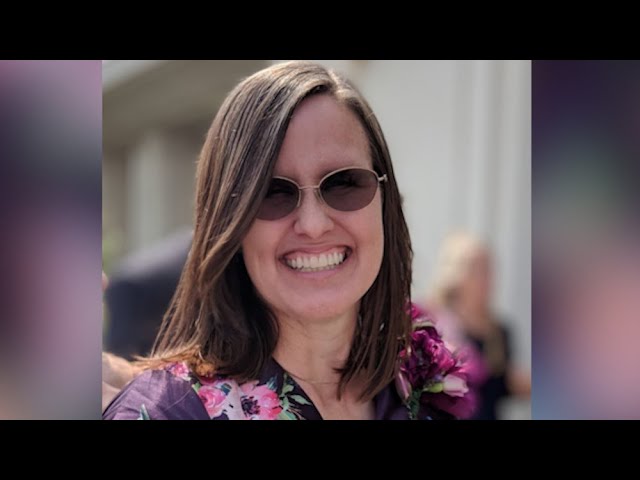 SALEM — One year ago Monday, Tammy Daybell died in her Fremont County home, and her family wants to make sure her life is not forgotten.

On Monday, Tammy's siblings and parents announced the creation of the Tammy Douglas Daybell Foundation "to honor her legacy of service and love of literacy."

"The mission of the Tammy Douglas Daybell Foundation is to give children the opportunity to love the written word," according to a statement from the family. "The Foundation has been established as a nonprofit organization and has been granted 501(c)3 status but is not able to accept donations at this time.

Fremont County Sheriff deputies were called to Tammy and Chad Daybell's home on Oct. 19, 2019. Chad said Tammy went to bed coughing and he discovered she had died in her sleep. The 49-year-old mother of five had been in good health and was training for a race.

Tammy had visited with her siblings and parents two weeks earlier in Springville, Utah, and showed no sign of sickness.

Within weeks of her death, Chad married Lori Vallow Daybell, and later a massive investigation involving multiple law enforcement agencies was launched into Tammy's death, along with the death of Lori's former husband, Charles Vallow, and her two missing children, Joshua "JJ" Vallow and Tylee Ryan.

Friends of Chad Daybell’s first wife, Tammy Daybell, have come forward to say something wasn’t right in the days before she died.

Tammy's body was exhumed in December and the Idaho Attorney General's Office is investigating Chad and Lori for conspiracy, attempted murder and murder in connection to the death. Scott Graf, a spokesman for the office, tells EastIdahoNews.com the investigation is ongoing. Autopsy results have not been released.

Tammy was the librarian at Central Elementary School in Sugar City and had also worked at Madison Middle School. She loved reading and serving others.

"Tammy's true focus throughout her life was her family, from serving a delicious dinner each Sunday to remembering every birthday and holiday with gifts," her obituary reads. "She also loved all sorts of animals, but she especially loved Indian runner ducks. She also raised pigeons, chickens, cats and rabbits, knowing each one by name. She loved gardening, cooking and playing games with the family. Her laugh will be remembered and cherished."