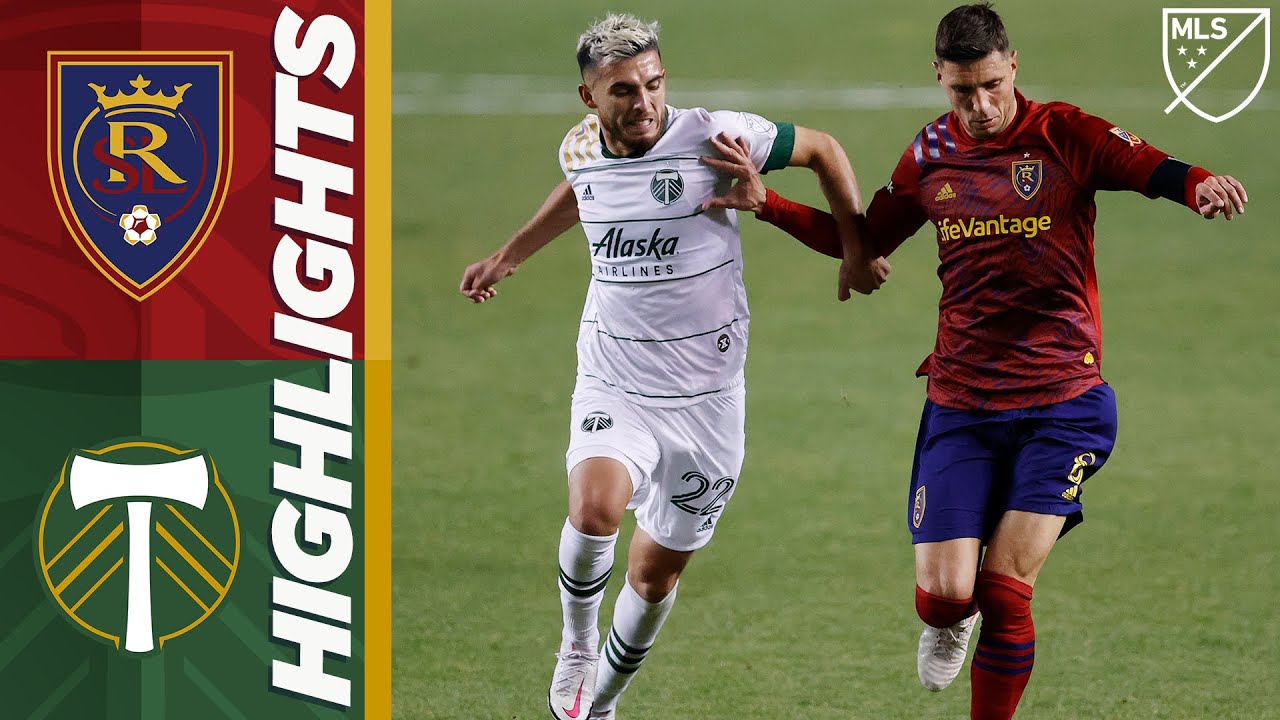 SANDY — Real Salt Lake had everything working against it Wednesday night: a three-match losing skid, the absence of star midfielder Albert Rusnak, and a red-hot Portland Timbers visiting Salt Lake City with a chance at inching closer to a conference regular-season title.

But after 90 minutes of play, the club had one more thing: three points.

Douglas Martinez Jr. and Damir Kreilach each scored a first-half goal as RSL held off the Timbers, 2-1, in front of a reduced-capacity Rio Tinto Stadium.

“We won the game, and that’s what it’s all about,” Kreilach told KMYU after the match. “This game for us was like a final game. We took this game as the final game, and I think the response was very good. Especially in the first half.

“We created a lot of chances. Unfortunately, we didn’t put them all in. But it’s all about three points.”

RSL (6-7-6, 24 points) started the night in the penultimate spot of the Western Conference table, just three points ahead of last-place LA Galaxy. So three points out of Wednesday’s match were vital, especially with a rare 10-day break caused by the postponement of the Colorado match on the weekend due to a rising number of COVID-19 cases in the Rapids’ camp.

After the match, RSL rose as high as a tie for eighth in the West, and was just three points away from a top-four finish that would guarantee the club a home playoff game.

Such is the yo-yo life of Major League Soccer’s playoff push.

“In this league, any team can win — especially this year. It’s been such a crazy year,” RSL midfielder Nick Besler said. “There are so many different results, it just feels like anyone can win any given night.

“But tonight, I felt like our backs are against the wall. We know what position we’re in. We kind of treated this like a final — it was almost a must-win. That’s how we treated it, came out with a lot of energy, and we’re happy we got the win.”

Martinez opened the scoring just 11 minutes into the match, cleaning up a stopped shot by Portland goalkeeper Aljaz Ivacic and burying the ball to give the hosts the 1-0 lead over the Western Conference co-leaders.

Kreilach doubled the advantage 15 minutes later, hooking a right-footed shot inside the far post to take the 2-0 edge. With fellow Croatian standout Bojan Bogdanovic of the Utah Jazz in the crowd, Kreilach buried Pablo Ruiz’s well-placed corner kick for the eventual match-winner.

RSL out-shot the Timbers 9-1 and held Portland (9-6-3, 30 points) without a shot on goal in what may be considered its best first-half performance of the disjointed 2020 season. And this without star midfielder Albert Rusnak, who is still with Slovakia for the latest round of Euro qualifying.

“Freddy just told everyone to empty the tank, don’t leave anything out there, and it paid off,” RSL fullback Aaron Herrera said.

“I think it’s been a tough season so far,” he added. “We’ve been unfortunate in a lot of results, and a lot of things haven’t gone our way. We’re getting to the final stretch, so we’re treating every game like a final, for sure, going forward.”

Damir Kreilach off the VOLLEY to make it 2-0! #RSLvPORpic.twitter.com/oio256J5dT

Corey Baird nearly added a third in the 50th minute, but the RSL Academy product’s would-be goal from Ruiz was waived offside.

That helped Portland get back into the game, and the Timbers pulled one back through Bill Tuiloma’s header from Diego Valeri in the 77th minute.

But Juarez made a three-man substitution just before the 85th minute, bringing on Kyle Beckerman, Justin Portillo and Tate Schmitt to help shore up the defense and snap a four-match winless skid with the club’s first victory since Sept. 23.

That came as Portland made a double sub, bringing on Marvin Loia and Dario Zuparic as the Timbers searched for offense and a late equalizer.

Still, Andrew Putna made three saves to help Salt Lake to a much-needed win to take into the brief break before hosting FC Dallas on Oct. 24.

“I think that we were going to get the best out of our guys today,” Juarez said. “We had a very good talk a few days ago, and I’m very proud of the players.

“I was just asking the guys, ‘free yourself. You’re a good team.’ I think the guys were going to come out — it’s a great result … If we do what we did tonight, we’ll give ourselves a good mentality the last few games.”