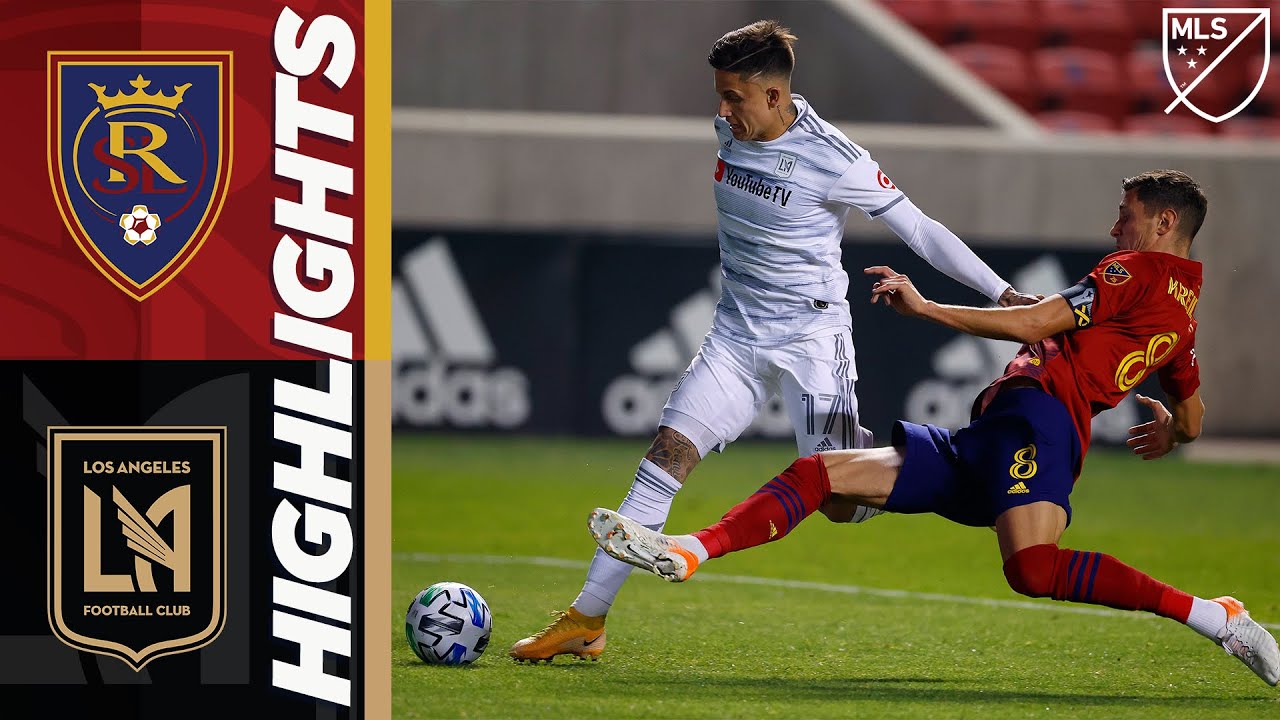 After 90 minutes of play, a small group of road supporters began chanting in the upper deck of Rio Tinto Stadium: "This is our house."

The cliche chant isn't always accurate between the fast-growing rivalry. But this one night, those visitors had good reason for it.

Bradley Wright-Phillips had a goal and an assist, and Diego Rossi and Brian Rodriguez each scored a goal Sunday night as Los Angeles FC cruised to a 3-1 win over Real Salt Lake in front of a limited-capacity crowd of 3,062 fans at Rio Tinto Stadium.

Marcelo Silva banged in a header that took a deflection off Eduard Atuesta in the second half for RSL, which dropped to 4-6-7 and just one point over the playoff line with eight matches remaining in the MLS regular season.

All goals don't have to be pretty pic.twitter.com/t9HlgoYrob

“I thought the first 20 minutes were pretty good. And then we got behind,” RSL coach Freddy Juarez said. “When you get scored on at home, it takes a mental strength to rise back up. Once you get on, you start to see some of those miscues. You’re rattled … and those miscues start happening.”

Just under a month after an emphatic 3-0 victory over LAFC, RSL found itself once again chasing its Angeleno foe. Salt Lake has won just one game in the five matches since that victory over LA — a 2-0 win over the "other" Los Angeles side, the LA Galaxy.

Wright-Phillips opened the scoring in the 22nd minute, cleaning up a rebound after one of LAFC’s shots hit the post and caromed to the 115-MLS goal scorer made it 116 with a swift touch by RSL goalkeeper Andrew Putna.

Both times, Salt Lake was caught out of position on a “soft turnover,” fullback Aaron Herrera said.

“I was pushing forward, trying to support the attack,” he said. “I think that we got a decent chance out of it, but if you have a soft turnover after it, LAFC is going to shove it back down your throats.”

Juarez tried to insert more offense into the lineup at halftime, replacing Justin Meram with striker Sam Johnson. But it was more of the same, with Brian Rodriguez breaking down RSL’s defense for his second goal of the season just before the 60th minute.

“I think we lacked a little bite tonight at winning second balls,” Putna said. “We got in behind a fair amount, but when we turned it over, I don’t think we had that bite to get it back. Both goals they scored in the first half were counter attacks.”

Silva pulled one back with a header off an assist from Pablo Ruiz in the 64th minute. But it was all the hosts could muster in a lopsided home loss.

BWP can't stop scoring. 8 goals on the season!@LAFC take the lead on the road. #RSLvLAFCpic.twitter.com/VEJK4tJVNR

Silva was RSL’s only regular starting center back available for Sunday night’s match, with Justen Glad serving a one-match suspension due to yellow-card accumulation and Nedum Onuoha not medically cleared to play. That left 24-year-old academy product Holt paired alongside Silva in the middle of Salt Lake’s backline.

The two omissions also came with star midfielder Albert Rusnak missing his first of six matches due to European commitments with the Slovakian national team.

And while inserting Glad and Onuoha into the lineup would’ve certainly helped Salt Lake, Herrera didn’t blame the lack of center backs for the lopsided loss.

“Those are two of the top guys on the team, so obviously we missed them,” Herrera said. “But I think Holt and Marcelo can step in in a heartbeat.

“It’s no individual’s fault,” he added.

Real Salt Lake travels to Cascadia for Wednesday’s night match against the Seattle Sounders. Kickoff is scheduled for 8 p.m. MT.