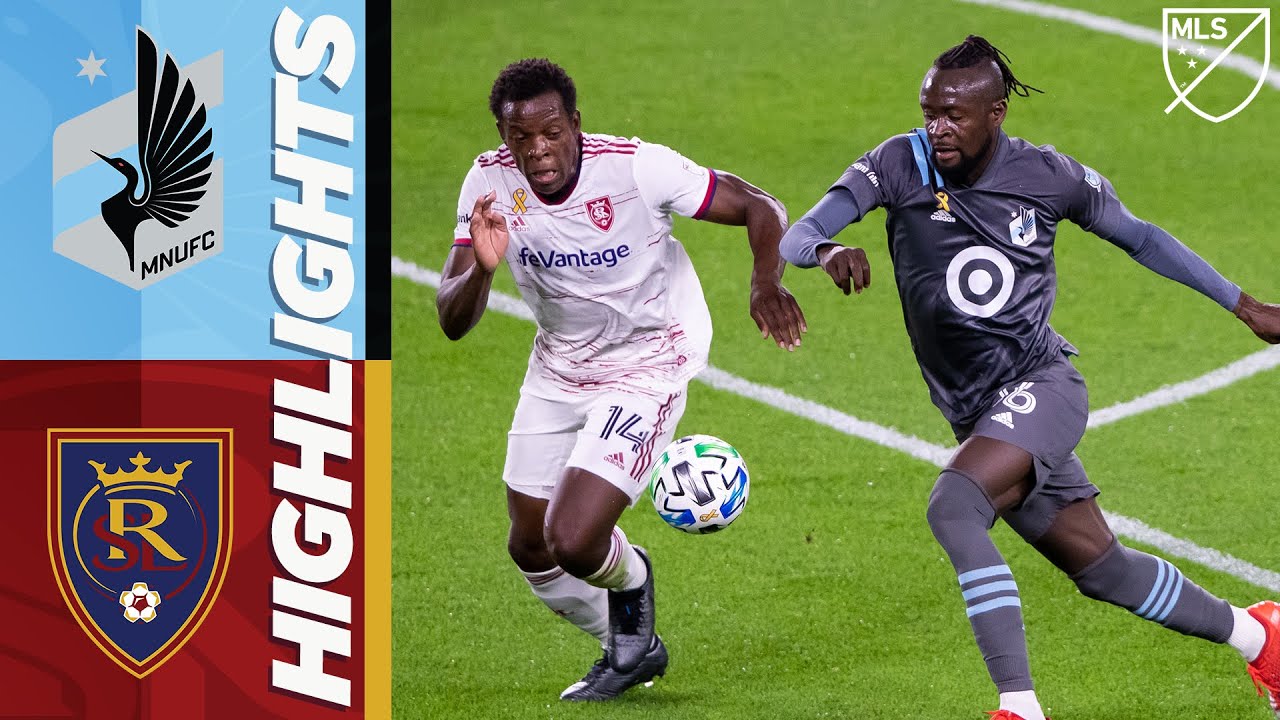 SALT LAKE CITY — Real Salt Lake didn’t score a goal in their trip Sunday to Minnesota United FC, but the team came away with history.

For the first time in five matches in the Twin Cities, RSL earned a point on the road with a scoreless draw with Minnesota.

Andrew Putna made seven saves for Real Salt Lake (4-4-7, 19 points), conceding just one corner kick in a standout performance in goal for the visitors.

“When I talked to our goalkeeper coach, and what we’ve seen from Putna the last three years, he’s a great shot stopper. He’s really brave and he puts his body on the line,” said RSL head coach Freddy Juarez, who also complimented St. Clair. “Both goalkeepers were good tonight, and we deserved the shutout.”

Putna came up big just after the halftime break, stuffing back-to-back shots by Emanuel Reynoso, including a 52nd-minute kick save that kept the match scoreless.

Putna faced four shots from Reynoso, including three shots on goal, but the young netminder stuffed every one of them.

Putna also got help from the goalkeeper’s best friend when Bakaye Dibassy’s 87th-minute header caromed harmlessly off the goal post.

“I just try to train hard every week and make sure I’m ready for the game,” Putna said. “That’s all I can do; as long as I train hard, I know I’ll be ready.”

He was more than ready Sunday night.

But in a season where RSL has struggled at times to find the full-time replacement for retired legend Nick Rimando — playing Putna, Zach MacMath and even reserve goalkeeper David Ochoa in goal — Putna had one of his best games of the year.

At the very least, it was the first time the former Real Monarchs goalkeeper posted back-to-back shutouts in his first-team career. Still young and standing 6-foot-2, Putna is proving to be one of the more reliable shot stoppers in Real Salt Lake’s pool.

“I would definitely say that shot-stopping is one of my strengths,” he said. “It’s not a secret that I’m not the greatest with my feet, so I have to be good in other areas. Tonight I was decent at shot-stopping.”

Putna’s effort was made more impressive with the make-shift backline in front of him. Juarez started Justen Glad at left back, moving the traditional center back from one fullback spot to the other side of the field for the second time in the past month.

When Donny Toia became RSL’s fifth and final sub at the start of stoppage time to help seal the win, the 23-year-old Glad was more than happy to shift into a third center back role alongside Nedum Onuoha and Maikel Chang.

But before that, he was defending Minnesota’s right-sided attack that included Reynoso, the 24-year-old designated player who scored seven goals with 12 assists for legendary Argentine club Boca Juniors.

“We knew it could be potentially challenging,” Juarez said of Glad. “And if you ask me, I thought he did well. We got the shutout after having a lot of guys running at that side. Justen Glad did a heck of a job; did he get caught on some scrambling performances? Of course he did; we all did. But I would give him a very solid grade.”

When he did get caught out of position, though, Glad breathed a sigh of relief knowing he had Putna behind him.

“He was massive,” Glad said. “He came up huge on a couple of occasions tonight. In a road game like this, you need your goalie to make some big saves at times, and Putna definitely did that tonight.”

Glad will miss that match-up with a one-game suspension for yellow-card accumulation.