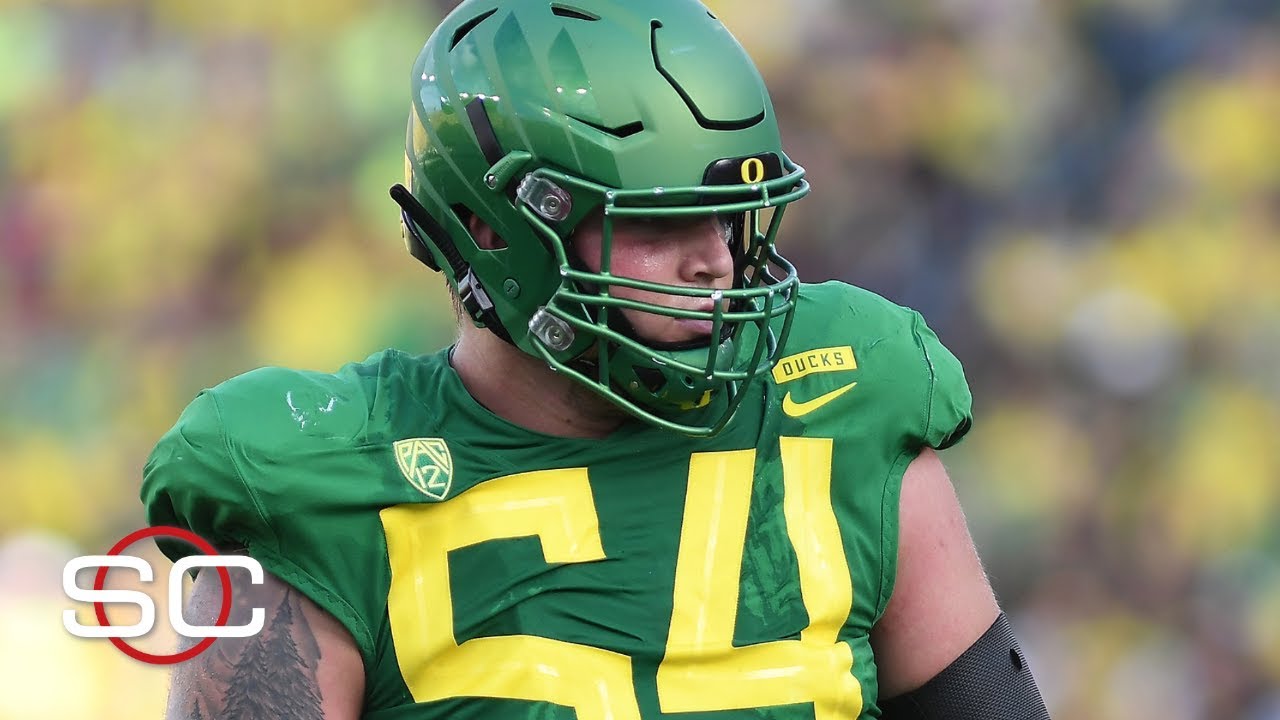 SALT LAKE CITY — The Pac-12 took significant step last week in returning to play in late 2020 or early 2021 with the introduction of low-cost, rapid-results testing for COVID-19.

But if the conference ends up playing, arguably its best player won’t be participating.

Former Desert Hills High star Penei Sewell announced Monday he is opting out of the remainder of his potential college football career at Oregon to focus on the NFL Draft.

The 6-foot-6, 330-pound offensive tackle who was born in American Samoa and raised in St. George was an anchor on Oregon’s offensive line for each of his two seasons of college football, playing 21 games in a Ducks uniform and starting all 14 of the 2019 campaign.

“There are no words to adequately express how blessed I feel for having played football for the past two seasons at the best school in the country, the University of Oregon,” Sewell wrote on Twitter. “The love and support I’ve received has been overwhelming, and I could not be more grateful.

“But ever since I was little, I have dreamt of playing professional football. Accordingly, after long thought, prayer and many conversations with my family, I have decided to opt out of the 2020-21 college football season and prepare for the 2021 NFL Draft.”

Sewell’s younger brother, former Orem High star Noah Sewell, will be a freshman linebacker at Oregon when the Pac-12 determines to play again.

Sewell was the first sophomore to win the Outland Trophy last year, given to the best interior lineman in college football. He also made history as the first Oregon lineman to receive the game’s highest honor in the trenches.

After a breakout 2019 season, Sewell became just the third-ever Oregon play to be named a unanimous first-team All-American, joining LaMichael James in 2010 and Marcus Mariota in 2014. He earned All-America honors from the American Football Coaches Association, the Associated Press, Football Writers Association of America, Sporting News, the Walter Camp Foundation, and a host of individual media outlets.

Sewell was also named the Polynesian College Football co-player of the year by the Polynesian football hall of fame, and took home the Pac-12’s Morris Trophy award, given to the best offensive lineman in the conference as voted on by opposing players.

NFL.com draft expert Daniel Jeremiah says Sewell has the ideal size, quickness and power to play left tackle in the NFL, adding that “there aren’t many flaws in Sewell’s game.”

A consensus top-five overall pick, NFL Draft Diamonds rates Sewell with the second-best odds to be selected No. 1 overall, behind Clemson quarterback Trevor Lawrence and just ahead of Ohio State’s Justin Fields. That could make Sewell the first Oregon player take No. 1 overall since George Shaw was selected first by the Baltimore Colts in 1955.

Pro Football Focus graded Sewell at a 95.5 over his college career, the top-graded offensive lineman in the nation.