A bubble embarrassment: Jazz routed by Thunder in second game of NBA restart 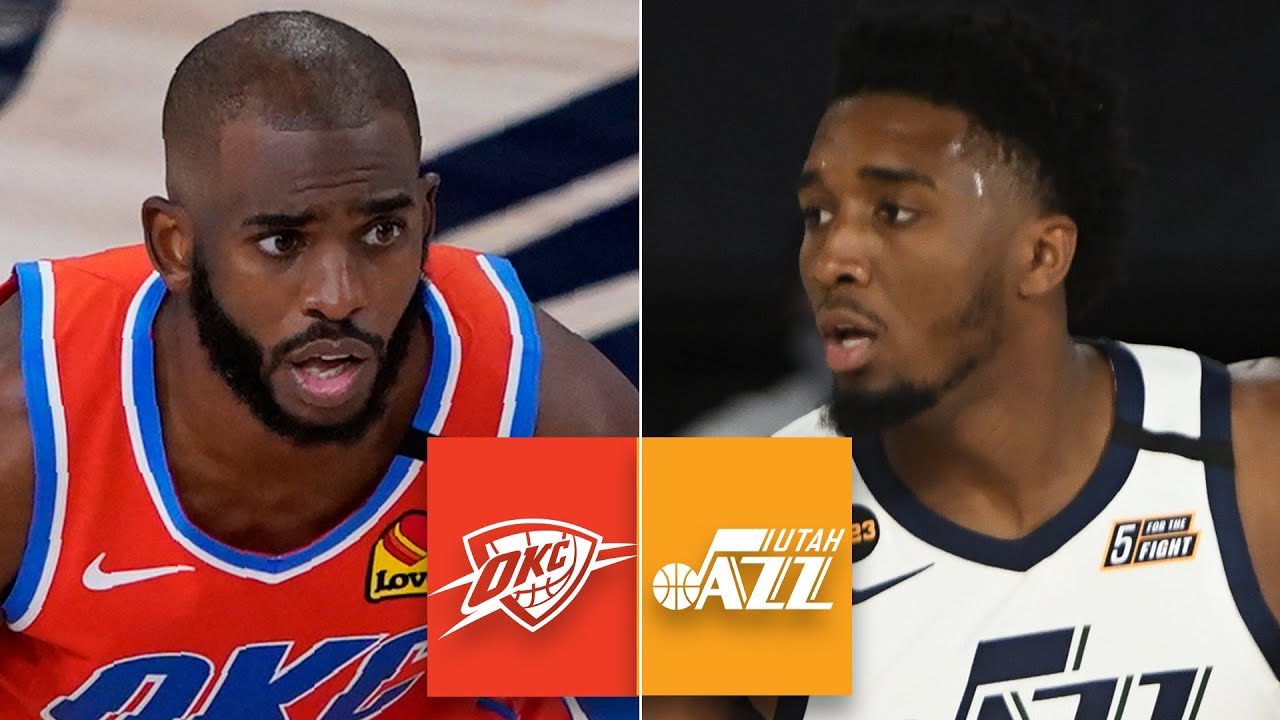 SALT LAKE CITY — It was hard for Utah Jazz coach Quin Snyder to get into specifics on Saturday about what exactly went wrong.

The Jazz finished Saturday’s game with a lineup featuring Miye Oni, Rayjon Tucker and Juwan Morgan. That either meant things went really well or really bad. It was the latter.

Not many things went right for the Jazz in their second game of the restart — an uninspiring, if not embarrassing, 110-94 loss to the Thunder at The Arena in Lake Buena Vista, Florida.

Any hope the Jazz had figured something out at halftime after being severely outplayed by the Oklahoma City Thunder, quickly left after their opening possession of the third quarter. The possession ended with Donovan Mitchell having to chase down the ball on the wing before firing a deep turnaround 3-point shot to just beat the shot clock. To no one’s surprise, it didn’t go in.

Desperation heaves notwithstanding, not many shots did go in on Saturday for the Jazz, who were held to a 39.1% shooting percentage. That made for a really long afternoon.

Oklahoma City (41-24) led by 14 after the first quarter, 24 at halftime, and things didn’t get any better from there for Utah. If your silver lining is that you cut it to under 20 in the opening minutes of the fourth quarter, well, there really wasn’t a silver lining.

The Thunder led by as many as 29 points as Chris Paul (18 points, seven rebounds, seven assists) and Shai Gilgeous-Alexander (19 points and six assists) slashed up Utah’s perimeter defense as they got easy looks for themselves and teammates.

While OKC made things look easy on the offensive end, shooting 53% as a team, the Jazz never found a rhythm. Mitchell had just 13 points on 5-of-15 shooting to lead the Jazz. That total was good enough for him to eclipse 5,000 points for his career. Mitchell, who played his 221st game on Saturday, is the third-fastest active player to hit the mark behind LeBron James (197 games) and Kevin Durant (205 games).

“I think more than anything, credit to Oklahoma City for the way that they defended,” Snyder said. “I thought they took us out of almost everything we were trying to do. There were some windows when we did have some success we weren't able to finish.”

But Snyder wanted to make it clear that while the Jazz had some open looks, that wasn’t what led to Saturday’s blowout. The Thunder dictated the game on both ends of the floor. The Jazz guards, specifically Mitchell, Conley and Clarkson, failed to find space on drives. Some of that was poor spacing on the Jazz’s part — still trying to figure out life without Bojan Bogdanovic — and some of it was how the Thunder were able to lock them up on the perimeter.

“They just got — they got physical,” Mitchell said. “Took us out of a lot of our actions and we've got to do a better job of being able to handle that pressure. Credit to them for being able to go out there and continuing to force us into different looks that we weren't going for.”

So what does this mean going forward? The team has been trying to build a semi-new identity on the fly with a stronger emphasis in more threes, quicker shots and pace; that was at least the game plan. The Jazz shot less threes (31) against the Thunder than the 34 they’ve averaged this season, and it was rare their defense was good enough to get out and push the ball.

Mitchell said the team going 8-of-31 from 3-point range especially hurt. He said the team’s hesitation to shoot (he included himself in that) and the misses led to multiple drives into crowds, resulting in empty possessions.

“I think we've got to take those shots,” Mitchell said. “Then that opened a lot of things for us.”

They've got six more games to open things up before the playoffs. If they can't, their time in Florida could be a short one since they could be looking at this same Thunder team in the first round. The Jazz lead the Thunder and Rockets by just a half game for the fourth seed in the West. Both Oklahoma City and Houston hold the tiebreaker over the Jazz.

Utah will play its third of eight seeding games on Monday against the Los Angeles Lakers.