SALT LAKE CITY — Utah Hispanic lawmakers condemned the decision by President Donald Trump's administration to include a question about U.S. citizenship status on the 2020 census.

The state legislators joined the Hispanic caucus in calling on the Trump administration to reverse course, and if it doesn't, they say Congress must step in to protect the integrity of the census.

The Constitution requires that every resident of the United States be counted in a once-a-decade census, whether or not they are U.S. citizens. The count is used to draw political boundaries and allocate hundreds of billions of dollars in federal grants.

"The people of our state demand that all of us be counted in the Census, just like the Constitution explicitly states," Chavez-Houck said. "We will not allow political interference and racial bias to put into question the accuracy of our state's population count."

It the Trump administration's decision stands, about 100,000 Utah residents likely would not participate in the census, she said.

"This could have terrible consequences for Utah such as skewing our reapportionment planning, losing out on long-term federal funding and hurting morale for Utahns overall," Chavez-Houck said.

The Utah Legislature passed her resolution this year calling on Congress to assure a complete and accurate census. 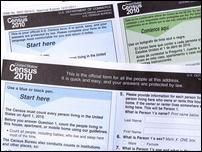 The Trump administration's decision to ask people about their citizenship in the 2020 census set off worries among Democrats on Tuesday that immigrants will dodge the survey altogether, diluting political representation for states that tend to vote Democratic and robbing many communities of federal dollars.

Earlier this Rep. Rob Bishop, R-Utah, proposed federal legislation to ensure the estimated 9 million Americans, including thousands of LDS Church missionaries, living outside the country are counted in the census.

Only those in the military and working for the federal government abroad are counted now. States with high numbers of overseas residents might receive less funding for federal programs and could be underrepresented in Congress.