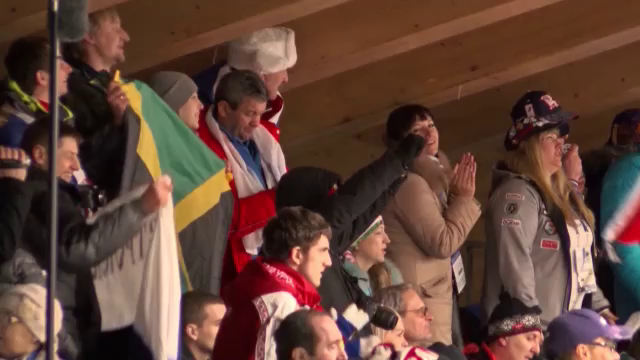 SOCHI — It's hard to imagine how much louder the cheers for the Jamaican bobsled team could have been if they had won.

"I guarantee they're with us 100 percent," Jamaican bobsledder Winston Watts said.

Watts knows people from across the world love his team. Russians were even cheering "Jamaica" as the team walked by. That love is a big reason why Watts decided to un-retire and get Jamaica back into the Winter Olympics after a 12-year absence.

"It's really worth it," Watts said. "We brought so much light to these Olympics, and it's so overwhelming."

These Olympians even held on to some luck they got from the legends of past Jamaican bobsledding.

"It's been great man," said Marvin Dixon, Watt's teammate. "The crowd? I loved it. My lucky egg."

That lucky egg was an idea Dixon got from the movie "Cool Runnings" about the 1988 Jamaican bobsled team.

It's also the movie Paul Skog saw in the early ’90s, getting the idea to invite the team to live and train in his town of Evanston, Wyo., and wouldn't you know it, they accepted. And Evanston accepted them.

Yes, they came in last, but everyone still wanted to talk to them, to see them, to experience how a last-place team can have a first-place attitude.

"In Jamaica, who knows? Maybe a holiday tomorrow," Dixon said.