No suspicious devices found at Harvard after email

5PM: No suspicious devices found at Harvard after email 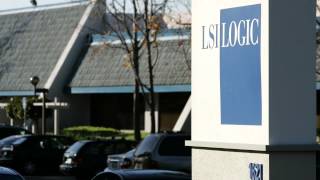 Bomb Scare at Harvard, and More

CAMBRIDGE, Mass. (AP) - Four buildings on Harvard University's campus were evacuated Monday after police received an email claiming that explosive devices may have been hidden inside, but after hours of searches and disruptions to final exams, no suspicious devices were found.

The buildings were evacuated and access to Harvard Yard was restricted after the email was received at about 8:40 a.m. Monday, shortly before students were set to begin final exams.

Investigators from several agencies searched the buildings for hours and cleared students to return to all four by mid-afternoon. One of the buildings was a freshman dormitory; classes are held in the other three.

In a statement to the Harvard community, Harvard Executive Vice President Katie Lapp said that the buildings were evacuated "out of an abundance of caution" and that activities at the Ivy League school in Cambridge were returning to normal.

"I am relieved to report that no suspicious devices were found," Lapp said in her statement.

She said Harvard police, and local, state and federal authorities, are continuing to investigate to find out who is responsible.

Harvard officials would not comment on speculation among students that the email was a hoax timed to coincide with finals at the school.

"I have a good guess somebody called it in so they wouldn't have to take an exam," said Alexander Ryjik, a junior from Alexandria, Va., who was just about to take his Politics of American Education final when the evacuations were announced.

"It's frustrating because now the exam will have to be postponed," he said.

Harvard did not immediately say when students would be allowed to take the finals that were cancelled because of the evacuations.

The mood on campus was calm as students streamed out of Harvard Yard on a frigid morning with temperatures in the 20s. The gates around the yard were closed and people were allowed to leave but not enter unless they had school IDs.

A classroom building was also briefly evacuated Monday at the University of Massachusetts-Boston, which has 16,000 undergraduates and graduate students who are also taking final exams this week. University police got a call from someone who said they had seen a person with a gun in the building, which was closed while university, Boston and state police searched it. They determined there was no one with a gun and the call is being investigated, said school spokesman DeWayne Lehman.

Last month, another Ivy League school, Yale University in Connecticut, was locked down for nearly six hours while authorities investigated a phone call saying an armed man was heading to shoot it up, a warning they later said was likely a hoax.

And in February, someone called in a hoax about a gunman on the campus of the Massachusetts Institute of Technology, another elite school about two miles from Harvard. The university said the caller claimed the gunman was a staff member looking for revenge after the suicide of an Internet activist accused of illegally using MIT computers.