Scenes from Newtown on anniversary of school shootings 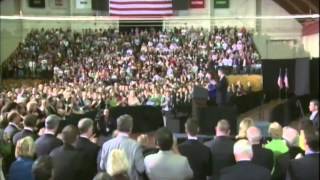 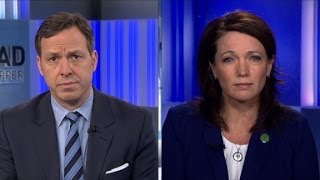 NEWTOWN, Conn. (AP) - Bells tolled 26 times to honor the children and educators killed one year ago in a shooting rampage at Sandy Hook Elementary School as local churches held memorial services and the country marked the anniversary with events including a White House moment of silence.

With snow falling and homes decorated with Christmas lights, Newtown looked every bit the classic New England town, with a coffee shop and general store doing steady business. But reminders of the private grief were everywhere. "God bless the families," read a sign posted at one house in the green and white colors of the Sandy Hook school, and a church posted that it was "open for prayer."

Ryan Knaggs, a chef who lives in Newtown, said that as the bells tolled he thought of two young victims who played soccer with his 7-year-old daughter.

"The echo of the bells, knowing some of the children personally, you feel the exactitude with each bell ... the exactitude of the loss and the grief," Knaggs said.

The bells rang 26 times at St. Rose of Lima church in Newtown beginning at 9:30 a.m. _ the moment the gunman shot his way into the school on Dec. 14, 2012 _ and names of the victims were read over a loudspeaker. Connecticut's governor had asked for bells to ring across Connecticut and directed that flags be lowered to half-staff.

In Washington, the president and first lady Michelle Obama lit 26 votive candles set up on a table in the White House Map Room _ one each for the 20 children and six educators.

In his weekly radio address released hours earlier, Obama said the nation hasn't done enough to make its communities safer by keeping dangerous people from getting guns and healing troubled minds. Gun restrictions backed by the president in response to the shooting faced stiff opposition and ultimately stalled in the Democrat-controlled Senate.

Anniversary observances were held around the country, including in Tucson, Ariz., where about 100 people gathered as former congresswoman Gabrielle Giffords and her husband planted a yellow rose bush in a memorial garden created after the 2011 shooting that nearly killed her. Giffords' husband, Mark Kelly, said it is important to pause and support families of the Newtown victims.

In Denver, a day after a student critically wounded a classmate and killed himself at Colorado's Arapahoe High School, more than 200 people gathered to sing and offer prayers for Newtown.

Newtown itself asked for quiet and privacy on the anniversary.

Satellite television trucks filled Newtown's streets in the days after the shooting, and media have often returned since to the community of 28,000 people for stories related to the attack.

In an effort to keep the anniversary focused on quiet reflection, First Selectman E. Patricia Llodra announced in October that Newtown would not host any formal remembrance events. The news media were asked to keep their distance, and "No Media" signs went up around town as they did in the weeks after the tragedy.

Some news organizations stayed away Saturday from Newtown. A reporter and photographer for The Associated Press, whose reports are available to media worldwide, were present in the community, and some townspeople were willing to share their thoughts.

Andrew Snow, a mechanic who was drinking coffee at the general store with a friend, said it was an especially difficult day.

"You kind of hope the town can put it behind without actually forgetting about the victims," said Snow, who grew up in Newtown and is moving back from nearby Southbury to support the community. "But it's not easy to do. I think about it every day."

The gunman, Adam Lanza, shot and killed his mother inside their Newtown home before driving to the school and took his own life as police arrived.