5A Championship preview: Bingham, Brighton rematch will decide 5A title 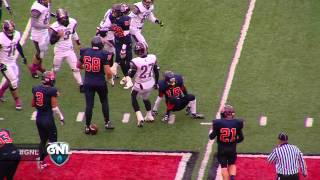 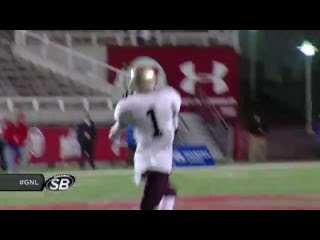 SALT LAKE CITY — The last time Brighton played for a state championship they went through Bingham to get there. The Bengals, led by running back Mike Hague, upset the No. 1 ranked and undefeated Miners in the 5A quarterfinals.

The Bengals hope to duplicate that same result 8 years later. If they do, they will claim their first state title since 1982, which happens to be the only football championship in Brighton history.

This is by far the most talented team the Bengals have had since then and maybe ever. It all starts up front on the line of scrimmage led by Utah commit Jackson Barton. The four-star recruit leads a strong and experienced group of linemen, three of which are three-year starters.

"They've been through the bad times and these are the good times for them right now and their clicking right now," said Brighton head coach Ryan Bullett. "The kids are getting after the other kids right now and they are just having fun playing football."

The Bengals pave the way for one of the most talented players in the state. Osa Masina is the top-ranked junior in the state and one of the best in the country. He is ranked 126th in the ESPN Top 300 for the 2015 class.

"I've been here at Brighton for 20 years and he's the first junior captain," Bullett said. "He's been carrying us the whole year."

Masina has rushed for 1,507 yards and 25 touchdowns. He's also been a standout on defense with 76 tackles and 4.5 sacks.

"People don't realize he's out there playing defense too." Bullett said. "He's a pretty good defensive player, too. That's what he's being recruited as."

Masina and his teammates are ready for the challenge of facing the undefeated and No. 1 ranked Miners, a team that beat Brighton 38-27 on October 4.

"They're a great team and great program," Masina said. "They got us earlier and we're looking to get them."

Bingham is on the brink of another special season. The Miners are 13-0 and one win away from their fourth state championship since 2006.

"We have a saying that good isn't good enough," said quarterback Kyle Gearig. "We really took that to heart."

Bingham has had some special teams and players during the past few years, and this team can take their place among the best of them. Head coach Dave Peck reminded his team of that fact during halftime of their 48-13 semifinal victory against Lone Peak.

"Why don't we dare to be great?" Peck told his team. "That's kind of been the push the whole year with these kids."

The Miners have their own blue chip recruit in tight end Dalton Schultz. He is rated as the No. 1 tight end in the country by scout.com and is being recruited by Stanford, Utah and Notre Dame, just to name a few.

The Miners also have an outstanding running back in Scott Nichols who has rushed for 1,667 yards and 19 touchdowns.

Defensively Bingham has been outstanding and is led by linebacker Vaka Vehikite, who has four sacks and four interceptions, three-year starter at safety Sky Manu, who has eight interceptions and Daniel Langi, who has 97 tackles and five sacks.

"They're spectacular when it comes to being great teammates," Peck said. "It's as good as I've had as far as kids selling out for each other. Right now nobody cares who gets the credit. It's all about trying to win a state championship."

Brighton jumped out to a 14-7 lead after the first quarter in their first meeting this season before Bingham outscored the Bengals 17-0 in the second quarter to take control of the game.

This game should come down to who does a better job taking care of the football. Fans should anticipate a much closer game than the first meeting and will enjoy a showcase of some of the best talent in the state.