Grateful for a new heart, teen encourages Utah to 'pay it forward'

ST. GEORGE — There aren't many things in life that Abby Doman takes for granted, anymore.

Running, swimming, playing soccer — all were activities she enjoyed before undergoing an emergency heart transplant in 2011 at the age of 12. Over the past year, she has slowly regained her athletic abilities, but hasn't forgotten how quickly they could disappear.

"Last year at this time, I was up at the hospital, really sick, and couldn't really do anything," she said. "Today, I can go running, I can go swimming, I can do whatever I want. I'm just so thankful for the donor family."

Abby collapsed at school May 18, 2011, and was flown to Primary Children's Medical Center, where she was diagnosed with restrictive hypertrophic cardiomyopathy, a disease that weakens and enlarges the heart. Her heart was two and a half times the size it should have been. Nearly two months later, she received the heart transplant that will allow her to play soccer again next season.

Abby's donor family chose to remain anonymous, and the Doman family cannot thank them personally for what they have done. So Abby and her mother, Michelle, decided to do something bigger.

They decided to make July 12 — the one-year anniversary of Abby's heart transplant — Pay It Forward for Abby Day. On that day, they hope everyone, regardless of whether they have met Abby or not, will "pay it forward" by doing something for someone else to show gratitude for something that has been done for them.

"We wanted to do something, but didn't feel it was appropriate to do a party," Michelle Doman said. "Someone's pretty sad on this day. We're just hoping it gets back to Abby's donor family in some way."

The Doman family will be in Florida on July 12, visiting Disney World thanks to the Make A Wish Foundation. But they said they have big plans for the Sunshine State, as well.

"We're going to hand out bracelets we've made attached to cards asking people to pay it forward," Abby said. "We'll go to a restaurant and pay for someone's meal. Whatever we think of, really."

They also plan to use their trip as an opportunity to raise awareness for organ donation, because without it, stories like Abby's would not have a happy ending. It's all a part of the new Doman approach to life: treat every day as if it were a blessing, because each one is.

"I've learned to be grateful for little things," Michelle Doman said. "I used to take little, everyday things for granted. You don't realize that everyday things — those are the most important things. Sitting down for dinner, going to my son's football games. Everything is a gift. And when you can't do it, you really miss it, and you realize those are the things that are important." 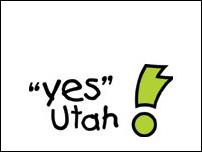 Abby said their idea has received a positive response, and people have reached out to share what they plan to do to pay it forward.

Michelle Doman can't quite put into words why it is so important to pay it forward instead of to celebrate in some small way. She just knows that it needs to be done.

"It's hard to put into words the gratitude you feel when you are given something like that," she said. "Abby tries to live every day like it's a gift, and we just want other people to feel that same way. Maybe how we're picturing it is different from how it will be, but even if a few people participate, it will be awesome."