SALT LAKE CITY — Employees who participated in a six-month pilot program working four days a week instead of five are saying they love it.

While the employee response may have been easy to predict, company responses are less so, particularly among those that have chosen to keep the new hours.

According to a report from The Hill, the pilot program was designed by the not-for-profit 4 Day Week Global, along with researchers at Boston College. What's the catch? While employees were working 32 hours a week, they were earning what they'd typically earn while working 40 hours a week.

There's at least one organization in Utah that offers shorter work weeks: Provo city government. Mayor Michelle Kaufusi says she wouldn't have it any other way.

"The compressed work week program? It has been loved, literally loved, by everyone in the community and in this city," Kaufusi told KSL NewsRadio's "Dave and Dujanovic."

Kaufusi said that all Provo City employees are on the four-days-a-week, 10-hours-a-day schedule, except for those in customer service, cemetery employees and police and fire.

And, at least at the beginning, offering "four-10s" to city workers wasn't exactly about the employees. Kaufusi said she was thinking more about the people they serve, the residents of Provo.

"If you are a working mom — and I have been my whole life — at 7 o'clock, to run in and have a question about a utility bill? I can do that. But if you open at 9 and close at 5, that's when I'm at work, and I'm in a little bit of a conundrum," Kaufusi said.

Companies involved in the original pilot program said they would keep the four-day work week namely because productivity remained the same. Kaufusi said productivity could be linked to how much the employees like the shorter work week. She said it's one of the main reasons people want to work for Provo.

"When I ask them … when it finally rises to this level (in an interview), I"ll say, 'what made you interested in Provo,' and without a doubt the top two reasons are the four tens," Kaufusi said. "They love it." 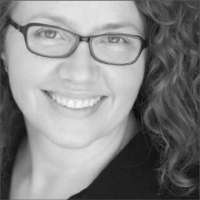 Simone Seikaly
Simone Seikaly is a veteran reporter, anchor and producer at KSL NewsRadio, but these days, she's best known as a digital content producer for KSLNewsradio.com.