Cruise ship passenger rescued from ocean isn't sure how he went overboard, he tells ABC

James Michael Grimes, who treaded water for a large part of Thanksgiving Day before he was rescued, doesn't remember falling off the Carnival Valor, he said in an interview aired Friday on "Good Morning America." (U.S. Coast Guard via ABC7, YouTube) 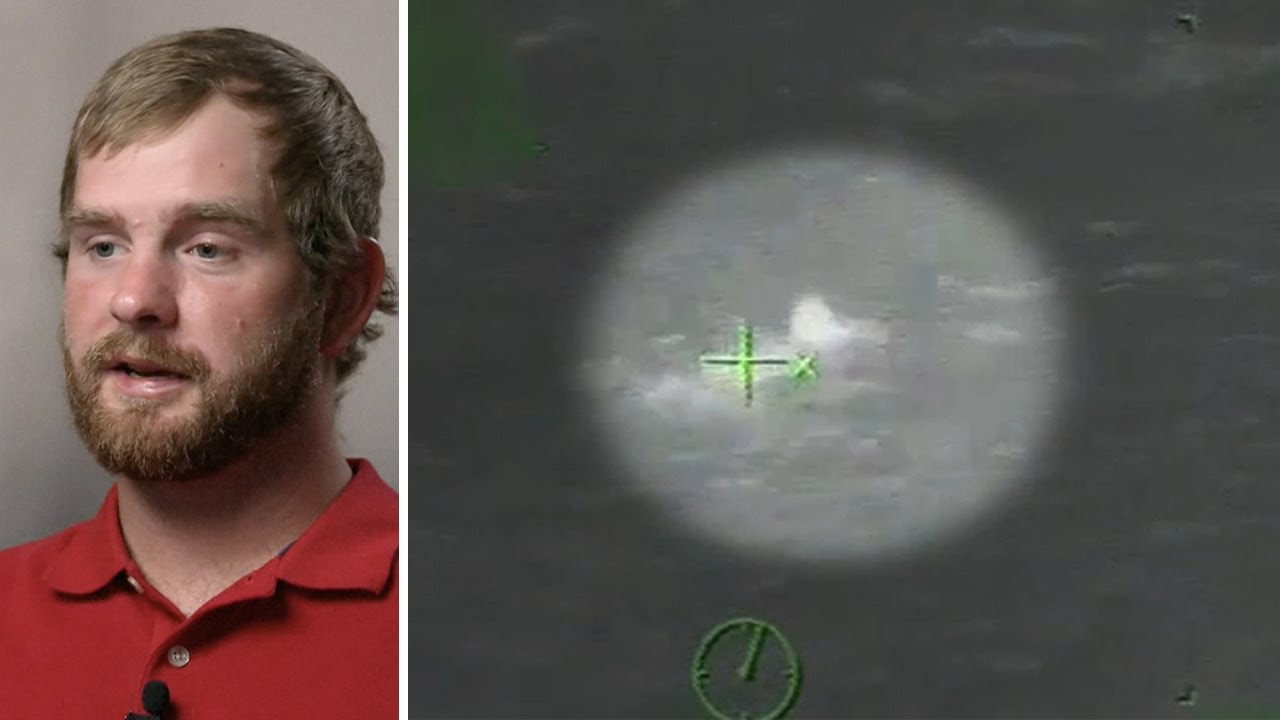 ABC7, YouTube: Man who fell off cruise ship swam with sharks in rip currents for 20 hours

NEW YORK — An Alabama man who rescuers pulled from the Gulf of Mexico hours after he was reported missing from a cruise ship doesn't know how he wound up in the water, he told ABC.

James Michael Grimes, who treaded water for a large part of Thanksgiving Day before he was rescued, doesn't remember falling off the Carnival Valor, he said in an interview aired Friday on "Good Morning America."

The 28-year-old had lost consciousness and simply awoke in the water, he said.

Grimes and his family were just hours into a cruise — departing Thanksgiving eve from New Orleans to Mexico — when he vanished. His eventual rescue, which happened after a bulk carrier crew saw him in the water and alerted the U.S. Coast Guard, was "one of those Thanksgiving miracles," a Coast Guard official has said.

Grimes was at an onboard bar with his sister before walking off to use a restroom around 11 the night before Thanksgiving, his sister recalled, according to a Carnival statement to CNN.

He'd had drinks on the Valor, but was not inebriated, Grimes told ABC. He doesn't remember leaving to find a bathroom, he said.

He simply "regained consciousness" in the ocean, with the Valor nowhere to be seen, he told ABC.

The next many hours — perhaps more than 15, the Coast Guard has said — Grimes just tried to stay afloat and was "dead set on making it out of there," the told ABC.

"I was never accepting that this is it — this is going to be the end of my life," he told the TV network.

He battled confusion, fatigue, and some sort of creature below. "It came up on me really quick. And I went under, and I could see it. And it wasn't a shark, I don't believe. But it had more like a flat mouth, and it came up and bumped one of my legs, and I kicked it with the other leg. It scared me, not knowing what it was ... all I could see was a fin," he told ABC.

At another point, Grimes grabbed a floating stick that "looked like bamboo" — and he started chewing it.

"It gave some type of flavor in my mouth other than saltwater," he told ABC.

When Thanksgiving day started passing into evening, the water "started getting colder — at that time, I thought, you know, 'How much longer am I going to have to be out here?'" he said.

Grimes' family had reported him missing at noon on Thanksgiving. The ship called the Coast Guard that afternoon, and the service sent an alert to all mariners in the Gulf to scan the water for him.

In the first hours after the Carnival Valor set sail from New Orleans on Thanksgiving eve, a brother and sister set off for a place apropos of a holiday mood: They headed to an onboard bar.

The water temperature in the Gulf was just above 70 degrees on Thanksgiving night, Lt. Seth Gross, a search and rescue coordinator for the USCG, told CNN last week.

Grimes eventually saw lights from a tanker ship, and swam toward it, he told ABC.

That ship's crew spotted him around 8:25 p.m. and alerted the Coast Guard, which sent a helicopter crew to hoist him out of the water, the service has said.

"The first thing I actually told (the Coast Guard rescuer) was, 'I don't have any clothes on,' because I didn't. I ... stripped out of everything," Grimes recalled to ABC. "He said, 'That's fine.' ... I was just thinking, 'Thank you. You are like a guardian angel coming down for me.'"

Grimes was taken to medical personnel at a New Orleans airport, and then transferred to a hospital.

Grimes lost some weight from the ordeal, ABC reported. He said the experience changed him, but he is not opposed to going on another cruise.

"I might not get within 10 foot of the rails, but I definitely would be open to go on another cruise, because I really didn't get to go on this one," he told ABC.