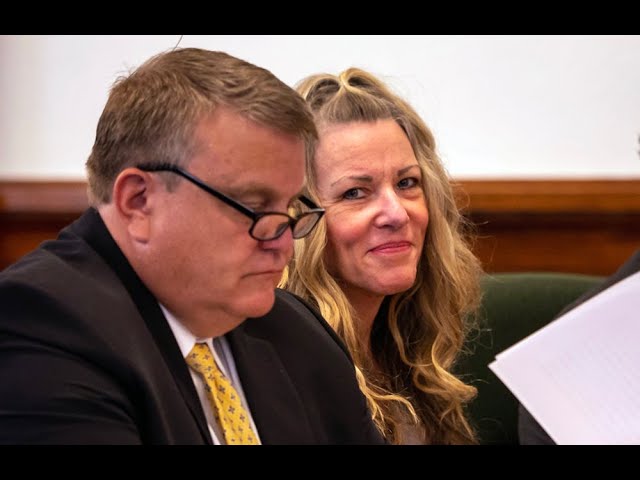 ST. ANTHONY, Idaho — A judge will decide whether a grand jury needs to reconvene and clarify language in the criminal indictment against Lori Vallow Daybell.

During an hourlong hearing Tuesday, Daybell smiled, laughed and appeared relaxed, wearing a gray shirt and black dress pants. Her defense team argued the charges in two counts of the indictment are confusing and could lead to problems.

"I've been practicing law for 20 years and this particular charge baffled me," defense attorney John Thomas said. "We don't want to do this again and have an appeals court say they couldn't make heads or tails on what's going on with this."

Daybell's defense team said two of the counts listed in the indictment are complicated because they each include two separate allegations — conspiracy to commit first-degree murder and grand theft by deception.

Her attorneys asked District Judge Steven Boyce to reconvene a grand jury to deliberate and amend the indictment so the alleged crimes are separated.

"The state fundamentally disagrees that it will be confusing to a jury," Wood said. "We believe the charges are linked and aren't completely separate. We believe the jury will find that they (Chad and Lori Daybell) agreed to commit those two crimes."

Wood said the grand jury was not confused when it issued the indictment in May 2021 and doesn't believe having the two charges on one count is an issue.

"These are charges based on evidence provided to the grand jury. They didn't have a problem with it so if they found it, we can put it in front of the trial jury," Wood argued.

Boyce did not make a decision during the hearing but said he will issue a written order. A sealed hearing regarding other matters was then held out of public view.

As Daybell left the courthouse, she smiled and did not respond to questions from EastIdahoNews.com on whether she missed her children.

Chad Daybell and his attorney, John Prior, did not attend the hearing. They, along with Lori Daybell's attorneys, were originally set to discuss a motion about DNA testing but an agreement was reached with prosecutors late last week on how to proceed.

Chad and Lori Daybell are facing multiple counts of first-degree murder and conspiracy to commit murder for the deaths of 7-year-old Joshua "JJ" Vallow, 16-year-old Tylee Ryan — two of Lori's kids — and Chad's first wife, Tammy Daybell. The Daybells have pleaded not guilty to all crimes.

Daybell caseIdahoUtah
Nate Eaton
Nate Eaton is the news director and senior reporter at EastIdahoNews.com, a news organization he cofounded in 2015. He also spent several years as a broadcast reporter covering news across the country.