Have You Seen This? Oklahoma Little Leaguer teaches us all a lesson we should never forget 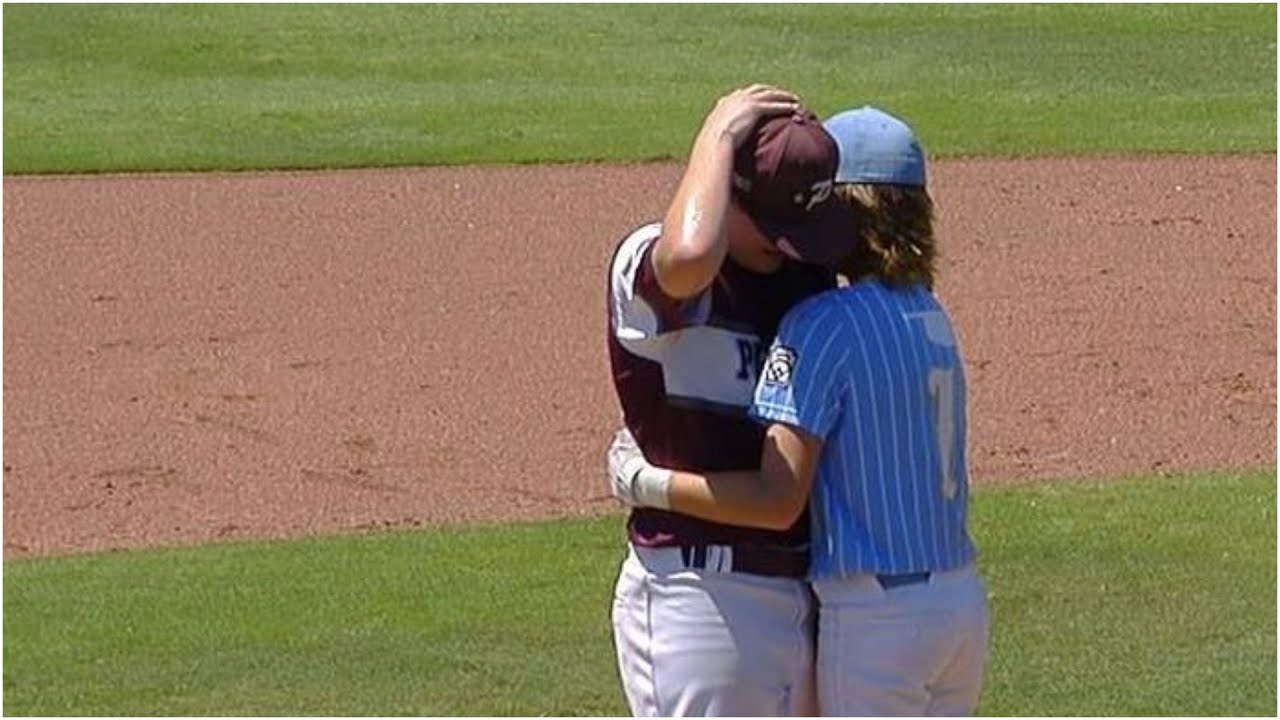 Little Leaguer consoles pitcher after getting hit in the head ❤️

NO CRYING IN BASEBALL — It's Little League World Series time, for those who have any access to ESPN will know for the next several weeks.

But the best lesson in sports came from a regional qualifier Tuesday in the Midwest.

With his team leading 3-2 in the bottom of the first inning, Texas East pitcher Kaiden Shelton let one get away from him and struck a batter in the head. Tulsa's Isaiah Jarvis took the hit, falling backward as it clipped the edge of his helmet and nearly struck him in the side of the ear.

Fortunately, other than a startle and a scare, and with a checkup from coaches, officials and the on-site medical staff, Shelton was fine as he took the walk and made his way to first base. Shelton, though? That's a different matter.

As can be expected for a pre-teen baseball player, the Texas-based pitcher was shaken up. After Jarvis retreated to first and stood on the bag for a moment, he noticed Shelton was having a tough time recovering from what had just happened.

And that's when the youngster did something few college, professional or adult amateur athletes would do; probably even few adults in general, to be honest. He tossed his batting helmet to the side, called timeout, and walked to the mound and wrapped his arms around the pitcher: his opponent for the day, but an example for life.

"Hey, you're doing just great," Jarvis can be heard telling Shelton as he wraps his arm around his fellow ballplayer while the pitcher's teammates and coach join him on the mound.

Oklahoma little leaguer gets hit in the head and then comforts the pitcher who is shaken up afterward pic.twitter.com/hYYLiy511K

Baseball fans on Twitter rallied around the moment, remarking that "this is amazing sportsmanship and caring," as well as "the way it should be" and that "most grownups could take a lesson from this young man."

Well done, Isaiah Jarvis. We can all definitely learn a thing or two from this young ballplayer.