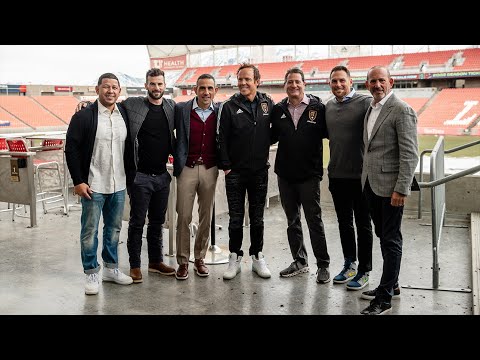 The club selected Louisville midfielder Pedro Fonseca in the second round of the 2022 MLS SuperDraft, selected at No. 53 overall. A round later, Real Salt Lake tabbed Pittsburgh defender Jasper Loeffelsend with the No. 81 overall pick.

A native of Rio de Janeiro, Brazil, Fonseca, 24, tallied 15 goals and 16 assists in four years with the Cardinals, including eight goals and eight assists as a senior en route to all-ACC first-team honors.

Loeffelsend, 24, made 36 appearances for Pitt with two goals and 18 assists. Born in Germany, the two-time reigning ACC defensive player of the year was a MAC Hermann Trophy semifinalist the past two seasons, given to the top player in college soccer.

Real Salt Lake also traded its first pick, the No. 25 selection in the first round, to Columbus Crew SC for $50,000 in general allocation money. The Crew turned the pick into Notre Dame defender Philip Quinton.

The SuperDraft wasn't the only way Real Salt Lake added talent in the week following the transfer of ownership from Dell Loy Hansen to co-owners David Blitzer and Ryan Smith. The club also 15-year-old RSL Academy product Jude Wellings as a homegrown player, a year after leading the club's U-15 side to an MLS Next Cup championship title in 2021.

Both youth players spent time in 2021 with Real Monarchs, the developmental side that will compete in the third-division MLS Next Pro beginning with the 2022 season. Wellings and Benitez are both under contract through the 2025 season, with an option for 2026.

The club also re-signed league veteran Justin Meram, the 33-year-old winger who had two goals and five assists in 31 appearances a year ago with Salt Lake. After spending time with bouncing around MLS with Columbus, Orlando and Atlanta, Meram will enter his third year with Salt Lake on a new two-year contract.

Among the departures are team captain Albert Rusnak, who told fans via Instagram that he was leaving Salt Lake after three seasons. Rusnak has been tied to several clubs in MLS, as well as others abroad, but mostly heavily linked with Seattle Sounders FC and D.C. United.

UVU midfielder taken in first round

Earlier Tuesday, Utah Valley midfielder Jojea Kwizera was selected with the 15th overall pick of the first round by CF Montreal, becoming the first player drafted in UVU program history.

The 5-foot-9 midfielder from West Jordan who also played at USU Eastern had three goals and 11 assists in 14 games as a redshirt junior in 2021, when he helped the Wolverines to a 9-6-2 record in Kyle Beckerman's first season as head coach. The assist mark led the Western Athletic Conference and ranked fifth in the nation for the second-team All-WAC selection.

"We're very happy for Jojea and what he's accomplished. He has a bright future in this sport," Beckerman said. "This is also a great achievement for our program. In addition to winning championships and being successful academically, preparing guys to compete at the next level is also something we want UVU soccer to be known for."

Full selections are available at mlssoccer.com.